PAA All-Stars to Perform At Harvard University, Other Boston Sites
Student Group to Demonstrate the Positive Nature of Hip-Hop Culture

(Cleveland, Ohio) Progressive Arts Alliance (PAA) is pleased to announce that the PAA All-Stars student
group will perform and present at Harvard University in October. The PAA All-Stars consists of students
from the annual RHAPSODY Hip-Hop Summer Arts Camp, which was recently highlighted in the World
Almanac for Kids as a featured “fun camp.” All youth in the group are from the Greater Cleveland area.

The PAA All-Stars, a group of emerging, young professional artists from PAA’s annual camp, opened
for legendary hip-hop pioneer Grandmaster Flash at the 2007 Ingenuity Festival of Art and Technology in
Cleveland. The group has also performed at the 2007 Annual Meeting of The Cleveland Foundation and has
also made appearances at Cleveland City Hall, the Ohio Independent Film Festival, and the Diversity Center of
Northeast Ohio as well as performing at the Cleveland State University Wolstein Center with the Contemporary
Youth Orchestra. Members of the group include Robert Crump, Shutha Dejarnette, Tyler Drummer, Connnor
Musarra, Rolanda Carter, Demetrius Camp, Ray Smith, and Tristen Hall.

Students will perform at the Harvard University Graduate School of Education’s Continuing the
Conversation: Building Community conference that will convene an international audience of Arts In
Education Harvard alumni. PAA Executive Director and Founder Santina Protopapa is among the Harvard
alumni who will be at the event. Students will also perform at other sites in Boston and will visit other youth
arts education programs. Sites include the Berklee School of Music, The Flagship Intel Clubhouse at The
Museum of Science, Boston, and the worldwide headquarters of undergroundhiphop.com.

Students will share the stage with Jahi, an international hip-hop emcee originally from Cleveland, who
is among the professional artist-educators at PAA. For over ten years, Jahi has worked with youth using hip-
hop in education in addition to touring nationally and internationally with groups such as Public Enemy,
Blackalicious, and Nobody Beats the Beats, among others. His lyrics are best described as socially conscious.

PAA’s annual Hip-Hop Summer Arts Camp is an installment of the RHAPSODY Hip-Hop Education
Program: Recognizing Hip-Hop as a Powerful Source of Development for Youth. RHAPSODY is a
program of Progressive Arts Alliance, a Cleveland-based non-profit arts-in-education organization. The mission
of PAA is to provide experiences in the contemporary arts that stimulate critical thinking and promote
progressive thought. Much of PAA’s educational mission centers around the utilization of the contemporary
arts as a compelling educational tool. For more information, visit http://www.paalive.org, e-mail
paainfo@paalive.org or call (216) 772-4PAA (4722).

Celebrity guests inculde Rakaa Iriscience from Dilated Peoples, rap
legend Ray Luv, Traxamillion, Casual from Hieroglyphics, Balance and
Big Rich, Conscious Daughters, T-KASH, DLabrie and others to be
announced. The event will be DJ’ed by KMEL Street Soldiers DJ Malcolm
Marshall. There will also be a special All Queens Life Strategies
Panel where Birth of the Chess Queen author Marilyn Yalom, Conscious
Daughters, rapper Melina Jones and Jean Hoffman of 9 Queens will
discuss how young girls can step forward with positivity and
confidence into the future.

“It was time for the HHCF to do something specifically to celebrate
the power and impact of the artists from the west coast,” said HHCF
founder and CEO Adisa Banjoko. “We always provide safe, family
friendly environments for people to discover their true potential in
life and have fun. So many young girls out there love the game of
chess. We wanted to set something up just to celebrate the queens. We
wanted to give these girls direct access to women of knowledge and
strength, in hopes that these young ladies will follow their lead.”

“We are enthusiastic and grateful to all the celebrities, kids and
educators coming together for the Kings & Queens Tournament,” said
Banjoko. “This organization has been hurt badly by the failing
economy. Yet by forging strong strategic alliances we’re still pushing
ahead. These are tough times for many of America’s youth. Nevertheless
the HHCF remains unflinching in our goal to share the countless
educational and artistic life options for them in this world. We are
grateful for all the rappers, chess masters and martial artists who
have donated their time to teaching kids healthy alternatives to
violence on the streets. Since our explosive beginning there have been
many imitations, but there is only one Hip-Hop Chess Federation! See
you all there.”

All who wish to compete in the Kings & Queens Tournament can sign up
today at:http://www.bayareachess.com 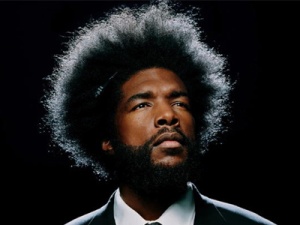 Looks like the city of Houston put a hurting on a quite a few folks this past Sunday. First, the Texans came out and put the smash on my beloved Oakland Raiders..I started to shell out 99 bucks for a close the field ticket and at the last minute something told me to save my money. It was a good call. I spared the agony as the Texans showed the Raiders.. 29-6 is not a good look.. Lucky for me I was able to nurse my ‘wounds’ at the crib…

Now on the other hand, my good friend Questlove of the Roots, a die hard Eagles fan.. Well he wasn’t so lucky. In the early hours of the morning was involved in a car crash. No, he wasn’t driving-It was a cab and he messed up his hand.. I hit him up today to see if he’ll be able to play his drums.. I guess thats a dumb question cause Quest can play with one hand if need be.. Anyway it was good to see he came out relatively unscathed. It was Quest second accident in the past year..Oh yeah Quest did hit me back finally and said he’s doing fine hanging out on the set of 30 Rock.

The Roots star Ahmir ‘?uestlove’ Thompson is nursing an injured hand after he was involved in a car crash in Houston on Sunday morning.

The producer and drummer for the Late Night with Jimmy Fallon house band took to his online blog in the early hours of Sunday to tell fans of his close encounter, initially insisting he had escaped unscathed.

He wrote on his Twitter.com page, “I gots (sic) to be the golden child. Survived yet another car crash unscathed. The cab however…”

But in another post a few moments later, Thompson admitted his hand had suffered slightly in the collision.

He added, “Left hand feels pain but in the scheme of things I’m happy to be alive and leaving Houston.”

It’s the second car accident Thompson has been caught up in in the last year — last November, the acclaimed hip-hop band survived a bus crash in Paris escaping with minor cuts and bruises.