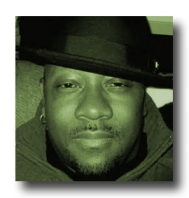 Ever since President Obama gave his speech on Trayvon Martin and race, I’m been hearing pundit after pundit wax poetic about how now is the time to have ‘a serious conversation‘ on race…’

My question is..’What does that mean?’ Seriously, what does that serious conversation look like and who does it involve?

Do we have some sort of nationally televised panel discussion or is it Hearings on Capitol Hill?

Do we have a C-Span-like version of Tavis Smiley‘s now defunct State of the Black Union? and if so what do we talk about? Racial profiling? Affirmative Action? Attacks on President Obama? Who’s on the panel? Al Sharpton? Tavis? 50 Cent?

Does this serious discussion only involve Black folks, Are we including Asians, Latinos, Native Americans? Do we need to have a conversation on race with Blacks and Latinos?  Asians and Whites? Arabs and Latinos? Arabs and whites?  etc

Within our  respective communities we have a variety of political stripes, so does this serious conversation include Black conservatives?  Are we including Pan Africanists? Revolutionaries? Garveyites? Traditional Civil Rights types? Hip Hop generation folks? LGBT folks? Who are these folks breaking bread with? White radicals? Suburban housewives? Tea Party types? NRA folks? Wall Street bankers? Birthers? 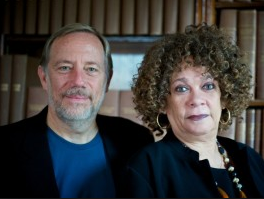 As far as I’m concerned serious conversations about race have been going on for a very long time..There have long been forward thinking people who have engaged this conversation full time..For example, recently I did an interview with Thomas Norman DeWolf and Sharon Leslie Morgan who penned the book Gather at the Table: The Healing Journey of a Daughter of Slavery and a Son of the Slave Trade. Does our serious conversation look like the work these two have been doing for the past few years where they been touring the country speaking about healing and reconciliation?

Does our serious conversation look like the unlearning Racism and white privilege workshops put on by folks like Tim Wise and author J-Love (Jennifer Calderon)? 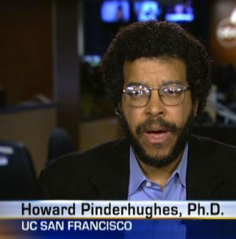 Or does it look like the unlearning racism workshops that scholars like Dr Howard Pinderhughes was doing at UC Berkeley back in the early 1980s? Do we draw from the work covered in his book Race in the Hood: Conflict and Violence Among Urban Youth which was penned in 1997?

Do we look at the International Race Relations Roundtables that were done in New Zealand back in 2004 and build off those findings? or do we hark back to the Race Round Tables that were done in Michigan since 1942? Those serious discussions on race have been going on for decades, what has worked? What hasn’t worked? Is Michigan a model for us because after the riots in 1943 when mobs of whites came after Black folks? Those riots got everyone together to deal with the so-called Negro problem back then? 24 years later when Detroit exploded in riots in 1967 that ‘Negro Problem’ was addressed again by the Michigan roundtables with the attempts to bring about racial harmony. What can we draw from those attempts?

Do we look at the attempts made by places like Allen Temple Baptist Church in Oakland when they opened their doors to the Jewish community and Rabbi Michael Lerner to have a service focusing on improving race relations? It was called Solidarity Sunday.. Lerner’s remarks are HERE

Does our serious discussions on race look like the work that was done at  World Conference on Racism. These conferences have been going on since 1978, with the first one addressing the issue of Apartheid in South Africa..In 2009, the World Conference on Racism was held in Geneva, Switzerland.. President Obama had promised folks before he was elected that he would attend.

He was well aware that President Bush’s delegation had walked out the conference in 2001 when it was held in Durban,  South Africa. At that time the US was upset that the global attendees had declared Zionism as a major form of racism and that the US legacy of slavery was something that needed to be seriously addressed. Our country felt this was unfair and bounced mid way through the conference.

Globally speaking all sorts of countries around the world were seriously upset about the US walking out, but before shyt hit the fan in a big way, our collective attention got diverted because of the 9-11 attacks which happened a day or two after the conference was over..

President Obama noted that he was different then Bush and would have us at this conference, but after AIPAC and Israel got at dude and he decided not to attend at the 11th hour resulting in US and some of her key European allies pulling out.

I bring all this up to ask whether or not there be another World Conference on Racism and will Obama attend? We should also ask, if the World Conference which has been in existence for darn near 30 years, is the place to have that ‘serious conversation’ on race? Do we build upon the work there or start from scratch?

In the meantime, most of us may wanna start that serious conversation on race on our own and by keeping a few things in mind..

1-Learn to listen. Learning to listen and not getting caught up with what some dub ‘Oppression Olympic’ conversations where we compare atrocities and try to one up one another while invalidating the experiences of others. We should ideally be striving to listen with the understanding that racism has resulted in trauma.. It’s intergenerational. It’s personal. It’s systemic. A one time conversation won’t make things go away overnight..Healing is important and healing is defined differently by many.

Are we looking at the work people like Dr Joy DuGruy are doing around intergeneration trauma..Her book and lectures on post traumatic slave syndrome are informative. We see similar approaches toward healing in Native American communities.. This documentary called Journey to Forgiveness is one example worth peeping..

2- Recognizing that there are all sorts of political, economic and social power dynamics at play when dealing with race..How the playing field gets leveled in those areas is important..Understanding how class factors in to all this is important.. In other words the conversation traditional Civil Rights leaders may have on race may be very different that the one we are having in our neighborhoods and amongst our family and friends. Some of this is related to age. Some of this is geographical. 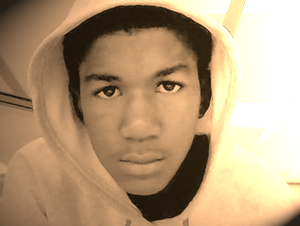 For example, when the when there was national discussions about Trayvon Martin and George Zimmerman being a vigilante, we often saw this couched by pundits as one a time occurrence vs something that was systemic.

Where I’m at in Oakland, California Zimmerman’s vigilantism was seen as part of larger climate of intolerance which also manifested itself in Brown communities with xenophobic Minutemen and ‘neighborhood border watchers’ using the name US Border Guard who were shooting and attacking Brown folks with impunity.

Investigations by both police and independent media outlets have revealed many of these vigilante border watchers are members of Neo-Nazi groups..peep that HERE . The case of 9-year-old Brisenia Flores who begged for her life before being shot along with her father by Minutemen vigilantes in Arizona who suspected they were in the country illegally is one prime example.

In other circles, Trayvon’s murder was connected to the large numbers of police killings. In fact the Malcolm X Grassroots Movement in the wake of Trayvon’s murder did an exhausted study which brought to life that every 28 hours a black person was killed by police, security or wannabe police.  In many circles Trayvon’s murder was rarely spoken without referencing the MXGM Report.. Watching numerous pundits not talk or write about border killings or the MXGM Report was an indication that folks have very different perspectives on addressing racially charged issues. 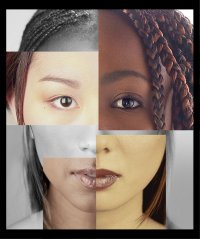 3-Allowing yourself to become culturally literate.. This means goings beyond memorizing a few dates, times and historical figures. It means knowing more than a few songs from genres outside your comfort zone.. It goes beyond dating outside your race and thinking that you’re an instant expert because of that..Ideally this may mean going out of our way to find ways to stay informed about other communities. Do we read publications of other ethnic groups? Do we watch documentaries dealing with other people’s issues?  Do we have list of websites to go that cover a wide breathof other communities. For example, I like to peep  websites like Colorlines and Racialicious.

4-Determining what justice looks like..Is it an apology? Is it people being punished? Is it people being compensated? We should also be clear as to what we are fighting. Are we fighting systems of oppression and institutionalized racism or are we dealing with day to day bias and prejudice?  Can and should we put both on the same plane? Yes, I have lots of white friends, but how has that ended or is working toward ending systemic racism?

Another way of looking at this is noting that I have friends who are police officers. How has that friendship ended police brutality? Does my friendship mean that we pull back or no longer address the systemic problems within police departments?

There’s the personal and there’s the systemic.. What are we really fighting?  Are we trying to bring awareness and end racism within our own circles? Its one thing to talk publicly about the need to end racism, while ignoring the bigotry and ignorance at home with family members and friends.

Along these lines are we putting into play ideas of how a society free of a system dominated by White Supremacy looks like?  Have we peeped scholars like Neely Fuller to understand what White supremacy is? As people of color are we deliberate or unwitting tools of white supremacy? Are white folks asking questions as to how they being used and enabling this system?

There’s no one size fits all model..For some it may mean exchanging books and having discussions. For others it may mean doing retreats and having purposeful discussions with a specific goal in mind. For others its simply means getting certain types of legislation passed. Still others feel having a healthy understanding of a variety of political and social philosophies that govern folks from particular backgrounds is a way to start making inroads into improving race relations.

Any that’s some food for thought..

24 comments on “Time to Have a Serious Conversation About Race? What Exactly Does that Look Like & With Whom?”