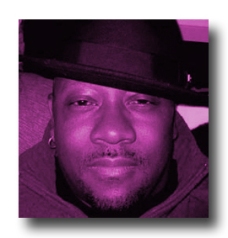 By now all of us have heard about the nasty brawl that went down inside a Manhattan club the other night involving Chris Brown and Drake over Rihanna.  How could we not hear about it? It’s been the lead story on damn near every newscast from Entertainment Tonight to TMZ to Good Morning America.

We’ve all seen the pictures of the club littered with broken bottles along with people from their respective entourages including basketball star Tony Parker along with innocent club goers nursing nasty cuts and bruises. By now most of us have seen the picture taken by Chris Brown himself exposing a ghoulish looking gash under his chin.

News of this fight have not only been in the headlines, it’s completely overshadowed many of the positive things folks with Hip Hop are doing. For, example, this is opening weekend for Ice T‘s stellar documentary Art of Rap. Instead of celebrating its release and its shattering of long-held stereotypes,  all of us are being peppered with questions about Hip Hop beefs and violence. Thanks Chris, Thanks Drake for keeping such insidious thoughts alive and well. I wouldn’t put it past some who brought into misinformation who are now wondering if this movies, concert and other gatherings will incite more beefs resulting in similar drama as displayed the other night.. 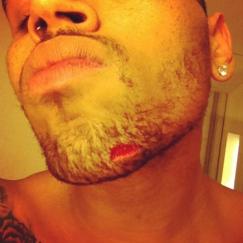 The other day there was a historic march and protest in New York City to bring an end to New York City’s infamous Stop-N-Frisk policy. So far some major inroads have been made. Last year over 680k people were stopped on the streets and searched by NYPD. This year NYPD was on target to stop and frisk over 800k. Studies have shown 85-90% of those folks stopped by police are young Black and Brown males with less than 10% being in violation of any law, major or minor. These numbers have caused an outrage resulting in lawsuits and demonstrations like the one the other day.

New York City police along with Mayor Bloomberg who famously supports the policy, have not been shy about justifying this practice, along with its racial profiling aspect. Bloomberg and company have been crafty about keeping the climate of fear alive and well, using incidents like this Chris Brown/ Drake fight as prime examples of ‘how bad’ it really is out there. 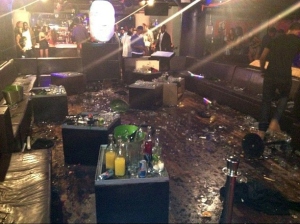 Club after the Chris brown-Drake Fight

Ideally one would’ve hoped that these two superstars would’ve been amongst the masses who stepped out to help end this policy, after all it impacts them and definitely their fans. Their popularity could certainly helped heighten awareness. Instead whether intended or not, this incident and their juvenile violent behavior becomes the rationale as to why such a policy needs to exist in the first place.The Logical or illogical the thinking unfolds as follows; If celebrity millionaires can’t keep the drama and beefs at bay then how can we expect  cats on the block who have considerably less do the same?  Like it or not the Chris Brown/ Drake fight does not get limited to them.. It becomes a burden all of us wind up shouldering.

It’s obvious that Chris Brown who went from being this clean-cut squeaky clean personality who could sell you chewing gun, to being a brutish, quick-tempered women beater has not learned to stay out of trouble and keep his temper in check no matter how many chances given. Drake who is not known for violence, by most accounts him or folks in his entourage were initiators. In the latest update, Drake is now being sought by police to be arrested for throwing the bottle..

In either case it matters not..The question we all need to be asking is what’s gonna make this stop? How many more slaps on the wrists do they get? Why should a Chris Brown stay out of trouble, when its more than obvious his bad behavior keeps getting rewarded. Him and Drake will be on the next award show? They’ll be at the next Summer jam concert. They’ll be played 85 times a day on the radio..What message does this constant rewarding send to our youth when they see adults co-signing or ignoring bad behavior? 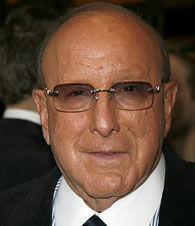 These artists aren’t stupid. They know the lines within the industry of what they can cross or not cross. For example, do you think Chris Brown would ever been giving a second or third chance if he went and publicly dissed a major radio station playing his song? Instead of Rihanna, lets say he went up to MTV and lost his temper and beat on one of the VPs of Viacom which owns BET or MTV?  Better yet lets say this altercation between Drake and Chris took place at industry executive, Clive Davis‘ pre-Grammy party, what do you think would be going on then? They’d be banned. Records removed etc.. There’d be zero tolerance for this sort of bullshit behavior.

What penalty are we consciously extracting from them?  Does it mean boycott? Not buying their music or not allowing it in the home? Does it mean demanding that venues or deejay you hire not spin it? Many of us who work in professions especially one where we engage the public where would be suspended if not fired if we had some sort public transgression or altercation. I’m not for censorship or ruining people permanently, but at a date and time where we are struggling to keep youngsters from embracing destructive nihilistic behavior, it falls on def ears when the people they look up to and listen to and watch are pulling crap like this with impunity. The same way a Michael Bloomberg and NYPD go about their business of creating a climate of fear to justify more police and the implementation crazy police tactics, we’ve got to create a climate that makes it uncomfortable when you’re artist engaging our community and you act irresponsible. 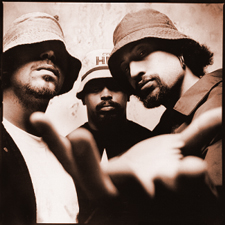 Lastly what got me thinking about this was a an incident involving Cypress Hill some years back.. The group headlined a show at the Bill Graham Civic auditorium in San Francisco.. It was a packed house and everyone was hyped and eager to see B-Real, Sen Dogg and DJ Muggs catch wreck. As the show got underway the hype man from one of the opening acts got on stage and tried to get the crowd going.. Frustrated by the lukewarm response, the hype man yelled; What are y’all Fags or what?.. If ur a fag be quiet.. The audience erupted and yelled with enthusiasm to make sure they were heard..

I recalled thinking at the time, that was pretty bold to be yelling out something like that in San Francisco which has large gay population, but didn’t think much more about it afterwards.. Cypress Hill eventually took the stage later that night and tore the house down.. The next day when we got to the radio station KMEL.. we were informed under no circumstances were we or any other mixers would be allowed to play Cypress Hill.. All station drops were removed. All recordings were packed and taken out of the studio. We were told that Cypress made offensive remarks at the concert during their show and people complained. When it was relayed that it wasn’t Cypress, but in fact their opening act that uttered the offense, we were told it didn’t matter Cypress Hill brought the act to town and thus was gonna pay the price, end of story..We were told there would be zero tolerance. 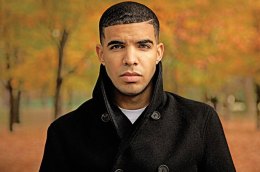 For almost a year we could not play Cypress Hill and on the few occasions a song slipped through the person who programmed it was checked and steps were taken to ensure it not happen again. It wasn’t until the group wrote a letter of apology for something they did not do that we were allowed to lift the ban.

I reference this story to indicate that in an industry that claims that what it presents for the world to consume is based upon popularity, ‘requests’ and overall public demand, doesn’t really matter when the powers that be decide that for whatever reason they’re on a shit list.. I referenced Cypress Hill because at that time they were enormously popular.. Popularity be damned. Major label backing be damned. They weren’t being played.

Over the years I seen this happen with numerous artists from Buju Banton to Turbo B of to a host of acts who brought songs to competing stations, all be banned.  Over the years I’ve seen the powers that be including local police departments step to radio stations, concert promoters and venue owners and dictate who can and cannot appear on the stage.. It ranged from Run DMC to Tribe Called Quest, popularity didn’t matter. If it was deemed they were a problem for whatever reason, they weren’t allowed on.

We should keep this in mind, next time we start hearing about some of the craziness artists who we support.  After a certain point enough is enough.. We have to stop being enablers and co-signers for some of the things they are pulling. Time to start shunning some of this..

13 comments on “A Few Thoughts about the Chris Brown & Drake Fight… When Do We say Enough’s Enough?”