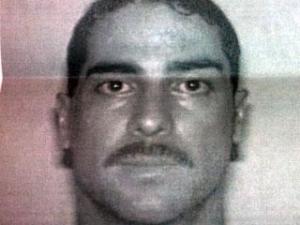 Here’s compelling audio and video from last night’s 580 freeway shootout in Oakland. Apparently we had a right wing guy named Byron Christopher Williams who was on parole who was mad the government was pushing through what he considered a left wing agenda. The man had body armor and tons of hardware as he did battle with California Highway patrol in Oakland injuring two officer. Williams was hit multiple times but survived and his in stable condition.

What no one wants to talk about is the increasing number of these domestic terrorist type of incidents that have taken place this year. For example, no one wants to talk about the angry Fausto Cardenas who showed up at the state capitol in Austin, Texas and shot it up this past January.. A month or so later we had another angry  guy named Joseph Stack show up and fly an airplane into an IRS building killing a Black man named Vernon Hunter who was an army vet and had worked at the IRS for 20 years.We wont even talk about the numerous bomb and anthrax scares, the horrific shooting and Fort Hood leaving 13 dead and high number of threats made against government employees.

This is crazy what’s going on.. Funny how the biggest story around the country is the New Black Panther Party and Acorn..  Last week the police in Oakland along with local mainstream media were up in arms about Anarchist and outside agitators showing up at the at Oscar Grant verdict protest. One has to wonder was Mr Williams an anarchist? With him being from Groveland, California was he the type of ‘outside agitator’ we needed to be worried about?

I asked these questions not to be funny but to remind people that maybe our collective attention should be focused on the increasing anger thats out there amongst the people. Its anger that goes beyond a few folks looting a Footlocker which was we spent endless hours focused on last week after the Grant verdict. A heavily armed Byron Williams who injured two cops reminded us there are some serious issues out there to pay attention to..My question is..Is Williams a Terrorist or a a Cult hero of sorts for angry folks on the right?

OAKLAND, Calif. — A convicted felon armed with three guns and wearing a bulletproof vest opened fire on California Highway Patrol officers for several minutes during a traffic stop on an Oakland freeway Sunday before he was shot several times and wounded, authorities said.

Byron Christopher Williams, 45, of Groveland was in serious but stable condition Sunday night at Highland Hospital and was expected to survive despite being shot in the arm, side, leg and foot, said CHP Sgt. Trent Cross. Cross described Williams’ condition as serious but stable.

Cross said Williams had an “extensive criminal history,” and another conviction would mean a third strike under California law.

Williams was armed with a high-powered rifle, a shotgun, a handgun and body armor, Cross said. Officers also discovered a suspicious device they could not identify, and a bomb squad was called to the freeway to detonate it, Cross said.

“He was bold enough to take shots at the police, and he was in possession of bullet proof vests and guns,” Cross said. “There is no doubt he was on his way to do something pretty serious.”

Williams’ mother Janice Williams told the San Francisco Chronicle that her son, who lives next door to her, was angry that as an ex-felon he could not get a job, and upset at “the way Congress was railroading through all these left-wing agenda items.”

Janice Williams said she had legally purchased guns she kept in a safe, and learned they were missing Sunday.

The woman said she kept the guns because she someday expected some sort of revolution.” But said she had told her son “he didn’t have to be on the front lines.”

“Something snapped,” she said. “His life is over. He will go back to prison for the rest of his life. Our lives are over.”

A phone message left by The Associated Press Sunday night at a number listed for Janice Williams was not immediately returned.

Officers did not know if Byron Williams had hired an attorney.

The trouble began shortly after midnight Sunday when two officers pulled over a white 2006 Toyota Tundra that was speeding and weaving on Interstate 580, the CHP said.

The driver opened fire on the officers who returned fire and called for backup. Eventually 10 officers fired weapons in the shootout before the suspect was subdued, the CHP said.

Two officers, who have not been identified, suffered minor injuries from flying glass but none were hit by bullets.

The incident caused traffic headaches in the San Francisco Bay area. The entire westbound side of I-580 was closed for most of the day while authorities investigated, and lanes remained close late Sunday night.

Both incidents are being investigated by Oakland police and additional agencies.

10 comments on “Shootout on 580 Freeway: Byron Williams Shows Oakland What ‘Outside Agitation’ is Really About”