Ice Cube is a diehard Raider fan and a diehard Lakers fan.. The other night during his concert, Cube let the world know how he feels about D12 rushing off to be with the Houston Rockets.. He predicts Kobe will win a championship before Dwight even smells one.. 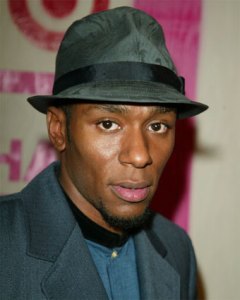 Today on Hard Knock Radio – 94.1 we will be covering the newly launched prison hunger strike.. We interviewed one family member whose brother has been in solitary confinement for 29 years at Pelican Bay..His crime? Reading a book by the late George Jackson, who led the prison reform Movement back in the 70s before he was killed by San Quentin guards.. As you think about the hunger strike in Cali.. please connect it to the hunger strike currently going on at Guantanamo Bay.. They are more than 100 days into it..

Sadly at Gitmo they are force feeding prisoners in a manner that is horrific.. Remember many of those at Gitmo are former prison guards who come from places like Pelican Bay… Tune into today at 4pm for our coverage.. But also peep what Yasiin Bey formerly known as Mos Def has done to bring attention to the plight of hunger strikers in Gitmo..

Below is our Hard Knock Radio interview