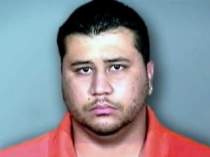 I’m Loving what Pittsburgh rapper Jasiri X just did around this George Zimmerman Trial..here’s what he had to say:

I decided to put my thoughts about the Zimmerman trial, the ruling on the Voting Rights Act, and Race in America into a 16 bar verse:

Oh you was born black welcome to the curse race

Oh you was born brown you sure this is your birthplace

This is America the home of the white man

Where every other American gets a hyphen

People of color police shoot us on site man

And then be like damn I was just frightened

See just the color of my skin is intimidating

Here I’m a criminal just based on my pigmentation

We need God our only mass is incarceration

We need Jesus cause these preachers got the heart of Satan

They toast to our death celebrating with ice cream

Vanilla with the cake cone must be a white thing

They wanna stop us from voting well what do rights mean?

And Zimmerman is a creepy ass cracka

Someone was complaining about today’s BART strike, talking about how it was a drag because traffic was gonna be messed up… Yes of course its gonna be messed up.. That’s the purpose of a strike to shut down business and show the importance workers have to a larger system.. That’s shown when vital services they provide are with held..

If workers as a whole, were stronger and understood their true value and weren’t in such economic dire straits, they would’ve been in a position to call their respective places of employment and say ‘No way am I coming into work if there’s no public transportation’ ..They’d understand that it is not right where CEOs make 320x more than their workers..

Many folks look at unions and say its wrong for them to collectively bargain, while remaining silent as managers and CEOs collectively build to set prices and policies via Trade organizations, lobbying groups and other associations we ain’t even heard about..

Some are upset that union workers are pushing back and demanding a raise, because they haven’t gotten one in 5 years as gas has increased, food has gone up and average rents increase to $3700-4000k in SF for two bedrooms and clearing $2700 in parts of Oakland.. In short Living costs have increased dramatically while living wages remain stagnant or in the case of city workers in Oakland who are also on strike today have decreased 10%…Bottom line is the average worker deserves more, especially when they are working at companies like BART, Wal-Mart and other outlets that had made nice profits..

On the flip side, for those who are in unions and deal with the public day in and day out.. Ideally union folks need to make sure that those in their ranks are more gracious to the people they serve.. Far too many of us have come across rude dismissive workers who left bad tastes in our mouths so much so, that when strikes come up, you hear remarks like ‘F– them Folks’ vs ‘Right on I’m with Ya..’

In my particular case, I’m shouting out the white guy at 20th street BART station who wears glasses and works the booth.. I’m that customer you didn’t wanna help when my ticket got jammed because you thought I was some ‘black guy from Oakland trying to scam the system’ vs a paying a customer who wound up paying a second fare because you ignored my requests…. Remember me? I should post your picture but I’m smart enough to know the fight for workers rights should not hinge on the bad experience one had with a particular individual, but sadly many will..

Hence this a reminder for those who are in unions to make sure public support is there and that starts with good interactions..That includes Oakland Parking enforcement folks who are also on strike today.. All of us are struggling to get by… Many of us are one paycheck away from financial upheaval. Many of us are underpaid and don’t need the extra hassle.

At the same time, we who are encountering workers should bear in mind their job is probably super wack in terms of pay and benefits, leaving them short-changed, so we too can give them a break.. In short like they say: Game Recognize Game.. How about we adopt the understanding Worker recognize Worker and push for all to have better tomorrows

Anyway Good luck on the strike.. Get a good contract..and If I have to deal with a massive traffic jam or don’t have all the city services needed for today for that to happen, so be it.. It’s a small price to pay in a world that is defined by a 1% vs 99% dynamic..