Yesterday we hosted an incredible round table with front line activists and journalist who have held it down for Palestine. We discussed everything from history in the region to mainstream media framing to the importance of connecting dots with struggles to end oppression and colonial rule world-wide.  Our guest included; Dr Hatem Bazian a popular professor who teaches Islamic Law and Society at UC Berkeley and also teaches Religious studies at St Mary’s College. He gave some keen historical insight about Gaza and the rest of the region as well as a history in way certain narratives have been shaped by corporate backed interests to describe what is taking place. We talked at length about living in what some call an Information Age where an end goal for imperial powers is to keep a narrative aflota that renders oppressors as victims and victims as oppressors. Batem spoke at length about why we should never forget that Palestine is a colonized state, with Israel and the US dominating and controlling all aspects of her existence.  He explained why many have come to overlook this dynamic.  You can peep our one on one w/ Dr Bazian by clicking the link below..

On the second part of our show we had a round table discussion with seasoned journalist Nora Barrows Friedman of the Electronic Intifada who talked about the work she’s done over the years both here in the states an in the Middle East in terms of covering this decades old struggle. She talked about how many mainstream journalist are embedded  with Israel and its army when covering conflicts which results in a lopsided perspective as to whats happening. She gave us some important insight about issues not being addressed in the media.

Nora also talked about the climate of fear being pushed by pro-Israel lobbyists groups who have attempted to equate criticism of Israel as being anti-semitic. She also talked about how many professors of college campuses have found themselves under the gun for speaking out against Israel or upholding a Palestinian point of view. 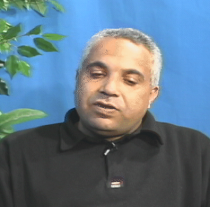 Our other guest was Ziad Abbas, who is the  Associate Director, of Middle East Children’s Alliance. He is a Palestinian refugee from Dheisheh Refugee Camp in the West Bank. He is the co-founder of the Ibdaa Cultural Center in Dheisheh. Ziad is also a journalist who has worked with Palestinian and international media and has participated in the production of several documentary films.  During our discussion he built upon much of what Hatem had spoken about earlier.

He also gave his own personal accounts into some of the challenges facing Palestinians. He talked about the history of attacks on journalist and talked at length how he and his colleagues have found themselves locked up in Israeli prisons for being bold journalists.  Abbas gave us some rich history about shared struggled and connections made with the Palestinian push to end the occupation and other freedom struggles around the world.

Our last guest was Lara Kiswani of the Arab Cultural and Organizing Center. She talked about whether or not there was a generation gap in terms of of those desiring peace and those holding on to tradition and age old grudges. She spoke at length explaining that she didn’t see a generation gap in terms of those who uphold oppressive ideals. She did speak about how many in her generation were very good at building coalitions and linking up with folks from other struggles.

She talked about how globalization has led to many all over the planet seeing themselves in the cross hairs of power elites who have formed their own cliques. She also talked about how urban police forces including our own embattled police force here in Oakland, Ca have actually gone to Israel to get trained. This has not been a good thing as the end result has been increased domestic spying, unfair racial profiling and a heightened perception that sees Muslims and Middle Easterners as enemies who need to be contained.

Click the link below to listen to the pt2 of our Middle East roundtable..