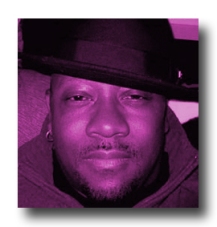 My good friend and author Adam Mansbach often lectures about white privilege and the types of transgressions he sees white kids making within Hip Hop. He recounts the days, not so long ago when he was coming up and what it was like being part of the majority culture but being a distinct minority within Hip Hop. This positioning forced him to deal with certain types of realities he would in most cases have overlooked, including the ways he engaged a culture he was drawn to, but knew wasn’t tied to his immediate roots.

There was a certain type of respect one had and lines one didn’t cross, even as a participant, (Mansbach was an emcee before a writer). Mansbach points out today there are many white kids who have grown overly comfortable, to the point that they show up in your living room and put their dirty feet upon the coffee table with no concern as to how that looks, who it offends and what folks have to do to clean the table that they just soiled.

Seeing how this saga with actress Gwyneth Paltrow is playing  out, definitely makes me think of Mansbach words. Here’s an actress who obviously loves Hip Hop. From what we gathered she’s fond of hanging out with some of Hip Hop’s biggest stars, Jay-Z, Kanye, The Dream and Nas to name a few and with that has come that comfortably Mansbach noted of putting one’s dirty feet upon on the living room table..

This is not so much about Paltrow tweeting the title of a song ‘Niggas In Paris‘ and pointing out her friends Jay-Z and Kanye were those ‘Niggas for Real‘, it’s about her being dismissive to the concerns people had of her using the word.. This was  eloquently pointed out by Q-Tip in his response to all this in a series of tweets…

Adding insult to injury are all the passes Hip Hop’s elite have been giving her.. Initially we had The Dream rushing to her defense, saying he was the one who tweeted the offensive words via Paltrow’s account.. After he caught a lot of flack, he recanted his story..Now we have Nas of all people riding hard for Paltrow saying he’ll ‘slap the shyt out of anyone on her behalf.’.

In his defense of Paltrow Nas also adds:  “She’s the homie, she’s cool. Gwyneth gets a pass. Real people get a pass..” He goes on to refer to Paltrow as a ‘real nigga‘..

When I first heard this I thought to myself is this the same Nas who did the song Coon Picnic (These are Our Heroes) where he goes in on Kobe Bryant, Cuba Gooding Jr and Taye Diggs accusing them of ‘cooning’..

When asked about that song and why he went after Tiger Woods, Nas explained that Tiger was ‘flawed‘ for not checking a white female sportscaster named Kelly Tilghman who made a lynching joke.. Basically Nas was upset Tiger gave this woman a pass so to speak.. You can peep that interview HERE

Its ironic knowing that Nas has seriously gone after Black folks for allowing racially insensitive remarks and behavior to go unchecked and here he is going above-board to defend Paltrow. Was he doing that because that’s really the homie or did she ask him to step up on her behalf?  I only ask because there are lots of folks who are friends of Nas who get dissed for a variety of reasons and you don’t see such an impassioned defense coming from him.. Why Paltrow?  It certainly appears to be a case of the pot calling the kettle black…I like Nas.. I like his a lot. I think the recent projects he’s undertaken have been incredible, but this stuff here with him defending Paltrow is pure ignorance..

In any case it’ll be interesting to see if Paltrow steps to folks defense when and if they start catching heat for crossing any of the various fault lines in Hollywood. ..Will Paltrow who is part Jewish offer passes for any of her rap friends if they say something that is perceived as anti-Semitic?  Will she ride hard for folks the way they did for her if they say something that is offensive to women?

As far as giving out passes, I gotta wonder if Nas is green-lighting Paltrow to use the N word who else is giving out passes? Are Black cops saying its ok for their white counterparts to use the word? Y’all may recall just minutes before an unarmed Oscar Grant was killed by a police officer here in Oakland, he was called a bitch ass nigga by that officer’s partner..

Are there Black Tea Party members green-lighting the N word for their white members? We’ve seen all the racially charged signs and heard the racially insensitive rhetoric…Did these people get passes?  That’s just a thought for us to consider..

Is Ms Paltrow real enough to help out someone like Marissa Alexander and the injustice she’s recieving?

As I noted earlier, Nas said Paltrow is a ‘real nigga‘ .. Not sure what that means,  but I assume it’s someone who endures the day-to-day struggles and challenges heaped on folks because of their darker hue. Some of those challenges may including racial profiling resulting in police practices like Stop-N-Frisk, to mass incarceration as a result of disparaging sentencing guidelines that have disproportionately targeted African Americans..We all know the case of Marissa Alexander a Black woman given the outrageous sentence of 20 years for defending herself against an abusive husband..

This year we as Black folks have been challenged with a rash of outright racially motivated vigilante killings such as what took place in Sanford, Florida with Trayvon Martin or in Tulsa, Oklahoma  where white men hunting down Blacks in a killing spree. It was just last week in Milwaukee, Wisconsin we had an 75 year old racist white man gun down an innocent 13 year old named Darius Simmons in front of his mother…How is Ms Paltrow being a ‘real nigga‘ in these struggles?

Is Paltrow a real nigga in the sense that’s she’s down in the trenches fighting the good fight to end these incidents and practices or is she in the hood making a change which is what Nas demanded that real niggas do in his Coon Picnic song?  So called Real Niggas I know are under the gun full time 24/7. One out of 4 so called real niggas is living below the poverty line. Is Ms Paltrow rolling with the community to help address that?  Only time will tell if Paltrow is part-time with this thing..  You can listen to Nas’ full remarks on thisthing by clicking the link below..

Tomorrow the Might Cal Bears.. aka UC Berekely aka my alma mater play the silver spoon kids from Stanfurd University in our annual Big Game. It will be the 113th time these two teams meet and tomorrow promoises to be huge.

Yes, I’m well aware Stanfurd is 9-1 and ranked number 6.. but Cal routinely beats the tar nickens out of this team of spoiled misfits who attend a school where students pay 200 thousand dollars a year in tuition. This is why you never saw Stanfurd students protesting student fee hikes. Cal students have long ways to go to catch up with the boys on the farm in terms of fees..All I know is when I graduated I owed like 500 bucks in student loans. My homeboy Kevvy Kev owed 378 thousand.

1–Condi ‘Yes I lied about the War’ Rice was provost there.. Not a good look. This why we are at war in Iraq spending millions on our military effort and not education.. Who do we blame? Yes you guessed it-Stanfurd University

2-The Hoover Institute is located there.. Wanna know where places like Fox News and all these right wing nut jobs get their over the top talking points? Yes down on the farm

3–The team is called the Cardinal.. and its mascot is a tree.. How confusing. Most people think the team is named after the nice bird..but alas its named after a color that you can’t find in any crayon box.. To top it off there’s no such thing as a Cardinal Tree.. These folks spend all that money on education and can’t figure out a team name that co-ordinates with its mascots..

4–Tiger Woods is from Stanfurd.. He was a cool guy until he tried to be Mr Gigilo and run around with every single waitress who worked at Dennys or I-Hop.  That wouldn’t have been so bad, but his game was super weak and he got caught and got a serious beat down from his wife who looked 10 times a good as the people he was hollaring at..

The US Gigilo/ Playas Association was upset with Tiger. They felt he gave their profession a bad name.  Tiger not being a good player solidly aligns itself with the MO of the football team.. They are not good playas..Nuff said..

5-The best thing about Stanfurd is Rachel Maddow. She went to school there.. But really her swag and politics is more aligned with Cal Berekely..You never see Stanfurd brag about this incredible journalist.. They don’t even have a statue or plague giving her props.. That’s a big fail on their part..

Let the record showCal always acknowledges its famous alumini. We should also mention Taje of Hiero/ Souls of Mischief went to Stanfurd as well as DJ Kevvy Kev..None of them are honored by their school…In fact true fact.. Hiero and Souls have done more shows at Cal than Stanfurd.. Need I say more?

Aaron McGruder has long spoke out against Barack Obama and his ties to Wall Street and corporate America. Long before the 08 election McGruder was letting his feelings be known. Looks like he’s know coming back with heat.. He takes a swift shot at Will I am of the Black Eyed Peas as he gears up for the new season of The Boondocks. In another clip McGruder spoofs the Tiger Woods commercial.