18 years ago we had in LA the Rodney King uprisings.. This is when folks went off after getting word that the 4 cops who were caught on tape viciously beating Rodney King were being let off. For many what was seen was unbelievable. For many it was the first time a cop beating was caught on tape… Most of us just knew it would be open and shut, but sadly it wasn’t. Adding to all that was an arrogant, sadistic police chief named Daryl Gates who not only sided with the officers but also took a hostile approach toward people who expressed their concern. Back in those days he seemed to egg  things on both with his insensitivity and his macho approach in which he pretty much let everyone know his police would and could put down any problems…

Gates was warned that LA might erupt.. but he choose to ignore it. He felt confident that his SWAT teams could suppress any situation. He was proven wrong.. All hell broke loose resulting in the end to Gate’s aggressive military style policing. 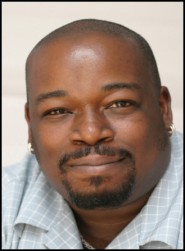 At the same time the LA Uprising crystalized a 2-3 year process in which South Central based Bloods and Crips were able to finally forge a historic Gang Truce.. A few years back we sat down with Twilight Bey who was one of the chief architects as he laid out the history behind what led up to the riots and the historic Truce..  Here’s what he had to say..