There’s been a lot of chatter about the movie Django and how it touches upon slavery and the resistance to it..Lots of debates have sparked off talking about what’s accurate, what’s fantasy etc etc.. I say use this excitement around Django and the hype machine that director Quentin Tarantino has around him to turn folks onto other projects they may have overlooked, forgotten about or not seen at all..It doesn’t have to be an either or thing.. See ‘m all.. Contrast, compare and build.. 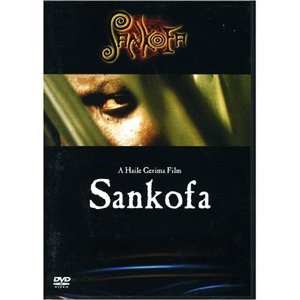 One film that is frequently mentioned is Sankofa by Haile Gerima  It’s a film that he said took more than 10 years to complete. Hollywood wasn’t interested in financing a movie about;

A self-absorbed Black American fashion model on a photo shoot in Africa is spiritually transported back to a plantation in the West Indies where she experiences first-hand the physical and psychic horrors of chattel slavery, and eventually the redemptive power of community and rebellion as she becomes a member of a freedom-seeking Maroon colony

There have been some who upon seeing the release of Django and its popularity have referenced Sankofa and asked why we didn’t support the painstaking efforts of film makers like Gerima who tried to give the Black community serious information about an institution that is constantly being written out or sanitized in our history books..

If you can’t rent the film here’s one of several copies on line..

Another film which is often mentioned is Spook Who Sat By the Door..by Sam Greenlee. It’s a landmark film that came out in the early 70s and was based upon a book with the same titled which was released in 1969.  Although this film isn’t about slavery, it’s about rebellion and fighting oppression which is whats attracting many to Django. 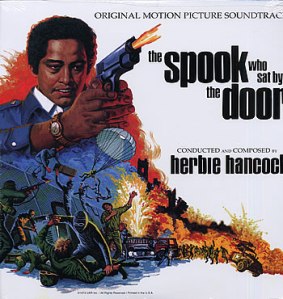 The plot of Spook Who Sat by the Door goes as follows.. The CIA because of politics needs to recruit African-Americans to the agency. It’s supposed to be dog and pony show. In other words have Blacks try out for the agency, make it public, but have them fail. However, there was one guy, named Dan Freeman who played the role of an ‘Uncle Tom’ when in real life he was a Black nationalist.. He gets into the CIA, soaks up all their game and then leads an armed rebellion..This fim was so controversial, that it was banned from movie theaters and was hard to get up until recently..

According to Greenlee almost everyone involved in that film from the director Ivan Dixon on down to lead actor Lawrence Cook found themselves outcasted in many Hollywood circles. Cook wouldn’t appear in a major film for almost 20 years after Spook Who sat by the Door.

You can peep the movie here… 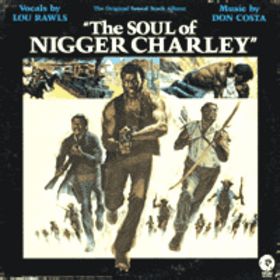 Another flick building on the Slave revolt theme is the Legend of Nigger Charley and Soul of Nigger Charley featuring Fred Williamson. It focuses on a trio of escaped slaves who are down to fight and win against white oppressors.. Believe it or not when these films came out there were posters all over subways in NYC advertising the film. The N word was not covered or changed.. It was very much in your face.. Legend of Nigger Charley went on to be Paramount pictures highest grossing film in 1972 when it was released. 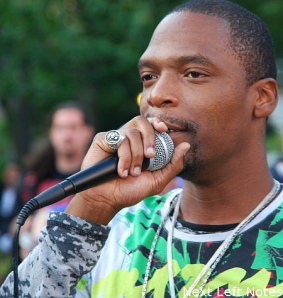 Loving this new jam called ‘Genocide Highway’ from M1 of dead prez and Nas that pays tribute to Denmark Vesey, who led a slave revolt and became free on November 9th, 1799. This is a dope cut and I get the sense that we have more of these types of songs coming down the pipe.. Props to M1 and Nas as well as Beatnick & K-Salaam on the beat, the hook and the scratch. 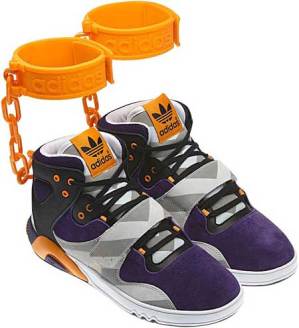 A lot of folks were upset with the proposed ‘shackle’ sneaker designed by Jeremy Scott (JS Roundhouse) ..It was understandable, because the shackles look like a  throwback to slavery or modern-day prison bindings..The sneakers were set to be released in August and retail for $350.00. Because folks were so outraged, Adidas decided to cancel the release of those shoes..I’m not mad at that decision. Even though the designer claimed he was trying to be ‘quirky‘ and off beat, there’s nothing quirky or eccentric about slavery or prison..

With that being said, I gotta be honest and note the irony of folks being upset about this visible symbol of slavery but not too upset about it when its invisible. What do I mean?

Well over the years we’ve seen countless deaths over these and other expensive sneakers.. The outcry over these shackle shoes was the symbol and not the $350 price tag.. We have countless people hopelessly hooked on spending their last dollar on these and other shoes including the recently released kicks sporting rap superstar Kanye West‘s name.. Nike Air Yeezy II. They’re going for $285 a pair.. This wouldn’t be so bad except such über expensive items are marketed to poor people, many who’ve become mentally enslaved to the idea that they must own a pair at all costs. The end result as I mentioned earlier is more than a few deaths. If folks aren’t slaying and robbing each other, then we’re running around with our chest out and basing a lot of our inner self-worth on these shoes..We’ve become enslaved to blinging in the middle of a recession. 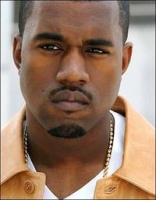 Of course the shoe companies like to step back and take no blame.. They like to kick it back to the parents, churches and schools and hide behind the concept of ‘free market‘ and ‘supply and demand‘.  No one wants to talk about the mindset of kids that feel so compelled to own a pair of certain types of sneakers that they’ll kill or risk death over them.. No one wants to talk about the deep desire to own these shoes even if they are made in sweat shops with slave labor. They must own a pair at all costs.. That’s pretty powerful.

No one wants to talk about the millions they spend in marketing research which results in them honing sophisticated strategies designed to get inside the heads and psychologically hook particular demographics of people, most of them young. many of them poor.  No one wants to talk about how these expensive shoes folks are overly attached to are made for pennies on the dollar. It was this fear of sophisticated marketing and the concern of folks deemed vulnerable and easily influenced that we don’t have cigarette and certain types of alcohol ads on TV..

Yes, I’m glad Adidas got rid of this silly line of sneakers.. We have enough symbols of prison and slavery we don’t need to spend an extra $350 for more conditioning.. I’ll be even more happy when I can wake up and not see folks who can’t identify their mayor or congressperson or the political winds and policy adversely impacting them, who will spend the night in front of the local shoe store to get their hands on the latest $300 kicks that have been deliberately marketed so there are limited amounts.