Davey D interviews the legendary Dj Premiere at RTB 2010 Bay Area for hip-hop.com. They discuss what it takes to be a dj, the passing of longtime former partner Guru. We talk about the special tributes held for Guru after his death. We talk about DJ Premiere’s hip-hop beginnings starting in Houston, Texas and culminating in NY. Most importantly we talk about the art of producing.. We discuss at length some of Premiers favorite producers..You’ll never guess who he’s included in his list. 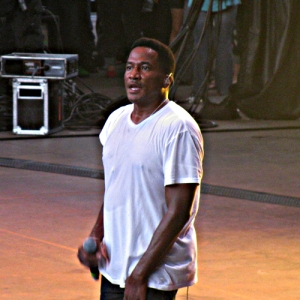 Davey D interviews the Abstact poetic emcee Q-Tip from ATCQ at RTB 2010 Bay Area for hip-hop.com. They discuss music, Q-Tip’s latest productions and upcoming collaborations that he’s doing with everyone from Kanye West to Lenny Kravitz

During Rock the Bells in Mountainview we caught up with one of Hip Hop’s most profound and politically astute artists Immortal Technique. He swung through 10 deep with his famed Rebel Army and did not disappoint as they lit up the Paid Dues stage.

Later that night we talked to Immortal about some of the key issues of the day starting with his thoughts on Park 51, which is the Muslim Community center being protested by anti-Islamic mobs in New York City near Ground Zero.  We wanted Immortal’s thought on this because he had caused a bit of a stir a few years ago when he released the song Bin Laden where Mos Def and Jadakiss were  on the hook asserting that George Bush knocked down the Twin Towers. Later he did a remix where Chuck D and KRS were on the hook. He explained that it was hypocritical to demand that a group of people who did not fly planes into those buildings be asked to back down.. He said it was more than obvious the 9-11 hijackers did not represent Islam just like Christianity wasn’t represented when Timothy McVeigh blew up the Oklahoma Fed Building or when large groups of people were massacred during the Crusades.

The other big issue we broached was immigration and the debate around Arizona’s SB 1070.  He said ‘illegal immigration’ is more than just a legal issue. He said it’s a human rights issue in which people are seeking out better lives for themselves. Our foreign policies have unduly impacted many  of the places that people are fleeing. We’ve made no moves to correct that.  Immortal noted that many supporters of SB 1070 want the economic advantages that come from ‘undocumented labor’. They’re not making moves to remove themselves from that equation.

Immortal also pointed out that there’s a lot of hypocrisy in those who say they support laws like SB1070. He noted that many say that we must follow the law. “Well slavery was once the law”. Immortal pointed out;  “Would those same people have defended the institution of slavery if they was around back in those days”?

We concluded our interview by talking to Immortal about the orphanage he opened in Afghanistan and his recent trip to Haiti.  He said the idea of opening up an orphanage came during his participation at last year’s Rock the Bells where he met organizers who inspired him. He went out to Afghanistan for several weeks and avoided being embedded with the US military and instead was taken in by long time residents who took him all over the country. he said the trip was life altering.

He noted that his stay Haiti was much shorter and not as impactful compared to Afghanistan. He was disheartened by the extreme poverty and noted that there’s no excuse for this when Haiti is in our backyard.