This is for those folks who ask the question “Why ya’ll don’t care when Black folks kill Black folks all the time?”

Black people are just as hurt and concerned and angry when Black men die from gang violence, driveby shootings and “being caught up” every single day, as we are when white racist representatives of governmental institutions (that are supposed to protect and serve us) and ordinary white racist citizens murder us in cold blood.

Black people are just as hurt and concerned and angry when Black women die from domestic violence – murdered by those who say they love us – AND gang violence AND driveby shootings AND “being caught up” as we are when white racist representatives of governmental institutions (that are supposed to protect and serve us) – like Mitrice Richardson and the L.A. County Sheriff’s Department – and ordinary white racist citizens murder us in cold blood.

1.  If you are dependent on the mainstream media to tell you that, you will not see it; they have no stake in that.

2.  If you are dependent on Black media, you may not see it there either; they may not have the resources to do it consistently.

3.  If you are not in close proximity to Black institutions or Black people – in other words, if you don’t know the folks that know – you are OOL – Out Of Luck. 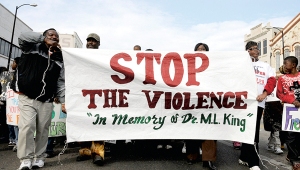 In answer to your question “Why ya’ll don’t care when Black folks kill Black folks all the time?”  I say this:  “How come YOU don’t you care?”  It appears that this question ONLY gets raised when Black people vent their RIGHTEOUS indignation and anger over unjustified, racist murders.

If YOU really cared, then you would know about the organizations that exist to stop the senseless, every day murders of Black people by Black people:

1. You would know the names of these organizations

2. You would know when their meetings are

3.  You would know where their meetings were

4.  You would know the people who are a part of these organizations by name

5.  You would know the people who are a part of these organizations by sight

6.  You would go to their meetings

8.  You would ask your Black and mainstream media, “How come ya’ll don’t write/broadcast anything about these organizations on a REGULAR basis?”

9.  You would give them much needed money

10.  You would give them much needed money. 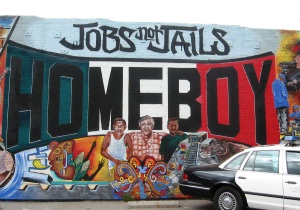 I live in Los Angeles, California.  These are the names I know:  Cease Fire, 2nd Call, Unity One, Unity Two, Professional Community Intervention Training Institute, Project Cry No More, Mothers of the Community, Unity in the Community, Peace in the Streets …

What city do you live in?  Do you know the names?  Why not?

That’s what I thought.

If you genuinely and sincerely wanted to know the answer to that question, then I apologize for my tone.  If you just like to stir up crap and make a scene because you’d rather the attention be on you, instead of JUSTICE for Trayvon Martin AND ALL THE OTHERS, you are a sick, sad creature. 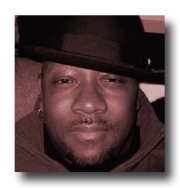 I’m glad my sista and fellow journalist/activist, Thandi wrote this piece… It needed to be said, and quite frankly a few folks needed to be called out on this. Folks who are guilty of this; are well-meaning but flawed at best and disingenuous at worse.

I been hit with the question/ assertion all this week and calmly had to point out that I had been to three well attended marches, town hall actions dealing with trauma and drama in our own communities.where were the folks asking?

One of the activities, was a town hall with Too Short focusing on teen violence and misogyny at jam -packed Oakland City Hall.. I posted up the entire video and article so folks could see and experience themselves, Not one person who asserted that Black people don’t care had bothered to pass / share around that video and write up..You can peep the article and video HERE

Nor did they pass around the flyer and article about local rap artists and activist including T-Kash running a marathon this weekend to stop gun violence..Its something he frequently does…You can peep the info HERE 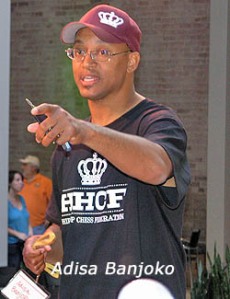 We have cats like Adisa Banjoko and the Hip Hop Chess Federation.. Not only is working w/ T-Kash, but he frequently does events that focus on martial arts, chess and Hip Hop.

He works with youngstas in the Mission district of San Francisco as well as goes to prisons to work with young brothas..His events are always free, well attended and inspiring… He was just up at SF State at our Hip Hop class working with folks and offering up internships for students to help with his efforts.. he also writes quite few columns for News One about what we can and should do to improve our communities.. You can peep him HERE

None who ask where the outcry for Black on Black crime, bothered to join the thousand plus folks who showed up at Allen Temple Church 3 weeks ago to address the issue of human trafficking/ teenage pimping and prostitution. It was put together by author/ activist Reverend Harry Williams who heads up a organization called Street Disciples/ Hood Movement 21 They are out and about every week in the streets trying to turn lives around.. 2 months ago they had a big gathering for community groups to come together and maximize efforts.. Reach him HERE

Almost none of the naysayers got on board to support the efforts of the 44% Coalition , a group of Black, Latina women along with a number of male allies who stepped to both Too Short and XXL Magazine around the issue of sexual assaults on Black and Latina women..

Apparently these folks weren’t up on the Detroit 300 who are patrolling their neighborhoods and coming after those seek to do harm… or 1Hood out of Pittsburgh, PA  where they not only patrolled the streets but set up youth media academy with the purpose of changing our image. Many of the videos done by Jasiri-x were put together by youth they work with and now train..You can see one of the projects they did about Pittsburgh HERE

These folks don’t seem to know about the tireless work and documentaries put together by former gang member Silky Slim out of Baton Rouge..This brother keeps himself on the front line of trying to stop the killings and turn people around from a life that he once led. You can peep his organization Stop the Killing Inc HERE

These folks don’t seem to know about United Roots, Urban Peace Movement, Silence the Violence, Love Life Foundation, Youth Speaks, United Playza , Homey, Barrios Unidos, Leadership Excellence  the Sista Circle, Homeboy Hotline, Dereca Blackmon’s Gender Walk,  Susan Taylor’s National Cares Mentoring Movement or the tireless work graph writers/ organizer like Refa 1 does .. I think it was last weekend he was out putting in work..and is gearing up[ to do a big event in the summer called Aerosoul  You can peep his work HERE

Maybe they don’t know about the work of Truth Minista Paul Scott out of North Carolina who frequently writes about ways for us to improve our community and backs it up with action.. You can read his columns HERE You can peep the video of him stepping to a malt liquor company -BLAST who he felt was trying to poison his neighborhood..HERE

Maybe they dont know about artist like Mistah FAB who frequently goes to schools, does keep the Peace rallies, gives away school supplies and tries to give back..You can peep that HERE

He’s one of scores of artists I can name from Rebel Diaz in NY to dead prez to Ise Lyfe to Naughty By Nature, KRS-One, Bambu, Bun B, Kiwi, Metro P, Fly Benzo, Mystic, Mommas Hip Hop Kitchen, NY Oil, Wise Intelligent  who are always in their communities working to uplift, heal and end violence.

Maybe they don’t know about the work local artist Jahi does with young men who he takes under his wings.. A couple of months back they did a Guns Down Stop the Violence actions..Here’s a video

There are so many more organizations and people to mention..Forgive me if I overlooked anyone.. because the list is super long, but I think folks get the point.. People are putting in work everyday in our communities, often unsung and highlighted in the media.. That doesn’t mean they don’t exist, nor does it mean work isn’t being done..

I will also add from my own experience, many of those who organize to heal our communities also organize around egregious incidents like Trayvon Martin, Oscar Grant or Sean Bell. They do it because life is precious and they step up whether or not its done by a cop or it comes at the hands of each other..They do when the cameras are there and when they are not there..

But hey, as was pointed out in the article, there are many who ask the question ‘where’s the Black community when we kill each other?’ who are simply waiting for BET or CNN to cover it and blow things up-Don’t hold your breath..or even worse, maybe these folks simply can’t help but think the worse when it comes to us.. Like we somehow don’t care…