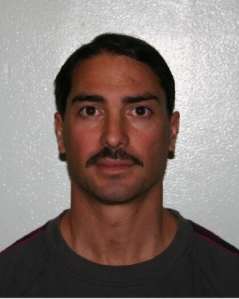 We sat down and spoke with Pacifica Radio investigative reporter John Hamilton about his story which first appeared on Media Matters called Progressive Hunter which details what led to the shootout in the wee hours of the morning on July 18th 2010 between 45 year old unemployed white supremacist named Byron Williams and California Highyway patrol last summer.

According to the article Glenn Beck and Alex Jones of prison planet/ infowars were key inspirations for Williams. On the night in question, Williams was enroute to San Francisco where he planned to shoot workers at the Tides Foundation which is an organization that helps distribute funds to left leaning non-profits and political organizations.

When all was said in done that fateful night 3 police officers were left lying in the highway injured. Williams who was wearing body armor had more firepower than the police who eventually subdued him.

Williams in his own chilling words said he was inspired by the attacks exposes put out by Fox News TV host Glenn Beck. We also come to learn that Jones has an even bigger influence.

In the interview below we hear clips from both Beck and Williams who is currently locked up in Santa Rita jail, 20 miles outside of Oakland awaiting trial.

We also talk about the leniency afforded to people like Beck while many others including rappers are shut down and material removed from public airwaves for fear of inciting violence.
This is the first of two parts
http://www.youtube.com/watch?v=pBGX5Nt1DL0
In the video below we continue our interview w/ investigative reporter John Hamilton who goes into more detail about the failed assassination plot carried out by Byron Williams.
We hear more about the influence Fox TV host Glenn Beck is having on domestic terrorists. We also focus on the influence Alex Jones had Byron Williams.
http://www.youtube.com/watch?v=pbo6ER3aiok
Return to Davey D’s Hip Hop Corner