Today I posted an article that included two very insightful interviews about the emerging Police-Surveillance state.. You can peep the article which is title ‘Massive Domestic Spying was Wrong in the Past..It’s Wrong Today‘…Its generated alot of response, but one really stood out and wanted to make it a separate post.. This comes courtesy of Professor Tina Bell Wright who has long taught and spoken about the constant encroachments on our civil liberties… Her blog series Rise Up Hip Hop Nation has a lot of gems we should all soak up..

Professor Wright response to my latest article is essential and ads so much more to what was written and discussed.. 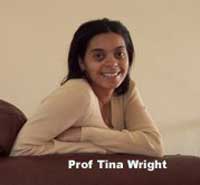 I see a number of things coming to light with this …first, I know I’ve said it before Davey but while it looks like things are getting worse, or just “business as usual” as some claim…this is actually progress.

As we move more and more toward police state tactics, what we see is a people no longer believing the hype…Hegemonic power used to be enough to keep us all in line…We bought in to the system and supported it by the very act of buying in…Now it will take much more to keep folks in line – unapologetic breaches of privacy, police state tactics, and basically the end of the delusion that we live in a “democracy”. So that’s the first point…

Here you actually have some journalists saying “F’ the government” where before they were fine just being the “patsy of the govt“..You have whistle blowers and ideas like anonymous that are being strategically modeled to “fight the power“…you have mass protests in Turkey and Japan and worldwide (despite some media blackouts)….

You now have a counter strategy to expose and challenge today’s Cointel-Pro that did not exist in the 60s/70s..mostly due to the advances in technology…but then we get to how those advances can also be used to DISTRACT…So as you well note, you have many folks that care more about trivial celebrity shit than this…In other words,  while folks have much more access to information because of technology, many are distracted by technology – a strategy that so far has worked well for those in power….

MEDIA is a very powerful institution that will make or break the next progressive movement..Having a strategy to utilize media is critical in any plan….and yes, you have some black folks because of race allegiance coming to the defense of Obama…but Carter G. Woodson warned 80+ years ago about black educated class and support for black leaders and how that leaves the larger black community nowhere…

Those not distracted by media/technology are distracted by survival and the cultural adaptations that has given us – specifically VIOLENCE in many forms which reveals a total disregard for human life. On top of that, you have an upcoming generation that is ahistorical – many don’t really even know who Malcolm X is much less how to internalize his message! 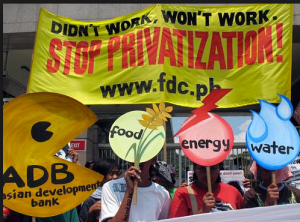 Finally, a VERY important point is what you elude to in the article and where much of the power is being shifted to…PRIVATE companies... PRIVATIZATION is the way the 1% can and will keep power even while folks do start to wake up…

If folks are finally starting to scream “I’m mad as hell and I’m not going to take this anymore’ (from Network) en masse, we could see some big changes…but if all resources have shifted from the public to private entities, we will be a mass of people, that pay lower taxes because we own nothing…and hence have nothing to fight for and are completely dependent on private industry for our survival – from food and water (being privatized) to education (for profit schools) to freedom (private prisons)….

All aspects of our lives will be controlled by private corporations…And of course nation-states are a thing of the past thanks to globalization, so instead of trying to maintain its supremacy as a world power, the US is at the forefront of transferring its power (our money) to private corporations. THIS is our real war…