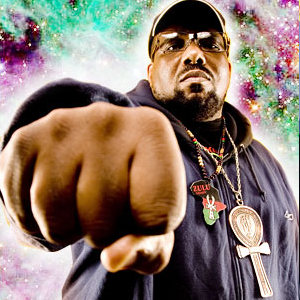 PEACE AND BLESSING TO All of Our Family of Warriors, Thinkers and Leaders:

Hope your are in the best of Health and your families. I was sent your e-mail by the Zulu-staff . I have been living in Europe for the past couple of months and been waking as many up to what we’re, doing in the states cause in some places they have the same problems with radio,especially the ones that copy The United States formats or programming of music. Then there are those specials stations that do have a balance of Ma’at on the airwaves and you hear it all.

One thing that did bother me is that these so called Rap /Hip Hop radio stations here in some parts of Germany, France, Estonia, Croatia, Spain and even good old Great Britain underground play alot of the rap records with cursing. Their excuse is the people do not know the language anyway and my answer to them is, that is bull and you DJ’s know there are many that do know some type of English and many of your are playing the curse version cause your think that makes your hardcore and down with the tuff side of what your think the United States Hip Hop/Rap is all about. That your all are helping with the conspiracy to mess up minds all over the world. After I got finish with some of these so called Hip Hop/ Music show host ,you know they could not wait to get me out of their radio stations. Especially some of the jive ones who think they know it all about Hip Hop/Funk/Soul/Rock/Latin/Soca/Jazz/House/Techno in England and other places to many to name.

You can feel the phony in all of them and their are a very few I can say who really do not know what their doing but there are the rest of them that exactly know what they are doing to the airwaves. Guess what! their are many and I mean many over here in Europe who are also tired of their radio stations that play the same music over and over again,as well as their media of television. Also Family The NWO is getting in full swing here and Mr. Tony Blair of the United Kingdom (England) is talking strong now about their Smart cards that are coming and if he is speaking strong now about it, you know their children of the UK= USA will be following to.

Family there is so much work to be done that it is disgrace-full to see with all this chaos all over the world going on,all the problems in MaMa Afrika, In India, The States and South America with crazy things happening in Europe to and those of us that do have the serious knowledge, we know what is really going on and have to prepare now if we are to survive the onslaught that is coming. All the things I have been talking for years is on the move right before us and if you hear what brother Phil Valentine, Bobby Hemit,and many of the Meta physical community of higher learning have been dropping, it is about to get super serious. The people’s mind set all over this Great Planet is jacked up and the programming of these radio and T.V shows is playing a super big role to destroy Human mentality to think and to reason. If we can not get a movement of Humans to try and change the programming of these radio and T.V. stations which is just one step of many ,then we have some serious reactions of hell that will be all over this Earth.

I would like for your if you can and whomever else to put a list of solutions that we can put together with others on a cross the board scale that all states even other countries can follow in letting people know what can they do to help change the situations of programming of Radio and Television. We want to put as many things out with flyers to give out to all that will come out in November for The Meeting of The Mind, The Balance Of Ma’at. We are going for two days to address this situation and with these papers of solutions we are calling on everyone to be accountable to what is going on in their respected Cities, Towns, States, Countries to move into action cause if they do nothing ,Then They Deserve What They Get. Also we need to reach out to many Leaders, Thinkers, Activist, Religious Heads, Movers, Actionist to represent and come out with solutions to this event for Hip Hop History Month and to all that are doing something to make change, we must push, salute and help back to the fullest our support. Stop the Killing of the Mind.

I will be back soon. If Allah willing, but you can start speaking to Brother Yoda, Dr. Shaka (zulustaff@earthlink.net) and to whomever else for we can make a movement more successful. We all have been speaking, fighting, teaching,s truggling, winning some for a moment, losing some but keep on pushing to keep what we know is right to do.

As I said many times before The Lucerferians are on the move and the Armies of Almighty RA/Allah/Jah/Yaweh/Elohim/Anu/Theos/Shango/Zeus/Oden and whatever else people want to call the Supreme Force must Rise or The Empire will Strike Back to bring Hell all over This planet so called Earth.

May The Supreme Force Bless Us All and keep Us All Always Protected against All our Enemies.

Afrika Bambaataa
The Amen Ra of Universal Hip Hop Culture
Each One Teach One,Feed One,Help One,Live as One,Leave all Egos in the Garbage
Save Planet Earth