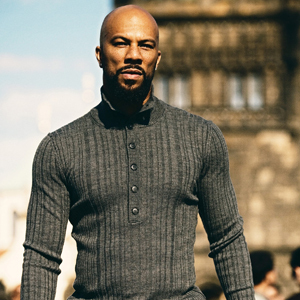 So Jay-Z sparked controversy with his song Open Letter which was a response to the hoopla some in Congress was making about his trip to Cuba.. Well J Period hooked up a remix and added a scorching verse from Common.. I gotta note Common hits hard but may throw folks with his lyric about still riding for Obama..especially since he’s also talking about his support for Assaata Shakur.. In all fairness Common’s  been riding w/ the Pres from day one and hasn’t wavered.  So we’ll have to debate that another time.. In the meantime,  politics withstanding the song is a head bopper for real.. I hope other rappers come on and add their own take and expand the conversation about why we need to respect Cuba and drop the embargo

Jay-Z got inspired the other night responded with vigor to his critics about his trip to Cuba…The song is called ‘Open Letter’ and the beat is slamming and is no doubt a serious head nodder.. You know its gonna anger all sorts of folks who are already heated, because he says in the song he loves Cubans.. His critics are saying by going to Cuba, he is showing hatred.. He starts off the song by saying he’ll turn Havana into Atlanta..Not sure if folks in Havana wanna see gentrification in their beloved city..because thats what has happened with the ATL.. No Beds, Baths and Beyond in Havana..

Jigga also talks about Obama and whether or not he’ll be selling his portion of the Brooklyn Nets..The hook to the song says’ ‘You Gonna Learn to Today‘. Ideally what we all learn is that Cuba has a dope education system which produces doctors who make major moves in healing people.. We could learn from that..We could also learn how to be self sufficient the way Cuban’s have been.. Folks are still surviving in spite of the crippling embargo we’ve put on them over the past 50 years..

Great song.. Glad Jay-Z responded.. Personally I wish he had shouted out or kicked a rhyme for Kimani Gray the young man gunned down by police in Brooklyn which set off 4 days of unrest in the East Flatbush last month.. I wish he would’ve said something about the unrest and the fact Stop-N-Frisk is on trial with cops revealing they been ordered to meet quotas and target young Black men and teens.. In any case that’s, just me expressing my ideal scenario.. Open Letter is a good song and maybe Jay-Z will return with more heat..

An Open letter From Mos Def…

Diallo was a West African immigrant with no prior criminal record who was shot and killed by police in the dark of night for simply being black. He was unarmed and shot at 41 times! No unarmed man should be shot at even once! One of the police officers involved in the Diallo shooting was involved in the killing of Patrick Bailey no more than a year and a half ago! Tyesha Miller was shot in her car in Los Angeles while she had a seizure! I could go on and on with the names of black people who have been killed at the hands of police just this year. But the list is so long that it would turn this letter into a statistic sheet.

Most of the people that got killed by police this year and in the past have probably been some of your fans; fans of some of your favorite artists. They are black people who love us, who defend us, who protect us, who put us in our comfortable homes an dour luxury sports utility vehicles and our well kept hotels suites and our oversized tour buses. They’re the people that buy our records, our t-shirts, our concert tickets, and so on, and so forth. They’re the same people that are getting murdered, harassed, maimed, and beaten in streets all over the world everyday!

The only people in our community who have not responded to this incident are us. Hip-Hop made one hundred billion dollars last year!… A lot of those dollars came from the ‘Comptoms’, the ‘Brooklyns’, the ‘Crown Heights’, the ‘Chicagos’, the Detroit ghettos, the St. Louis ghettos… the same ghettos where police run around literally hunting black folks to murder… then cruise the streets shortly thereafter with impunity and arrogance.

We are the Senators and the Congressmen of our communities. We come from communities that don’t have nobody to speak for them. That’s why they love us. Because we talk about what nobody else will talk about. We represent them. And they need to know that we really represent them. Not when it’s just a romantic notion or a paycheck attached to it. When something happens to them it matters to us, because when something happens to them it’s happening to us. Because Amadou Diallo is your brother, your cousin, your man… Tyesha Miller is your sister, your aunt, your girl, your wife, your daughter… All of these people are you! You are no different! And just because we’re at the top of the Billboard charts, seen on MTV daily, livin’ comfortably doesn’t mean that we can’t get shot, we can’t be harassed, we can’t be maimed and mistreated.

I hope this is as important to you as it is to me cause when I pass by the projects and when I pass by the hood I don’t see nobody but me. I see everybody who looks like me. I see me many years ago as I’m sure many of you do. So it’s time for us to come together from the ‘jiggy’ to the ‘hardcore’; from the ‘backpacker’ to the man with the Lexus and really unite and show the world that we got strength. Show the world who we are. Represent who we are. Who we really are and where we really come from. Let’s show people where our heart is… that we haven’t forgotten.

Now I’m askin’ you and anybody who looks on this letter to come forward and show your heart, to show your love, to love the people who love you back by speaking out against the injustices that they suffer. Because believe me, if the clock was turned backwards we’d be those same people.

Please stay mindful of this. Please be considerate of this letter. Pass it around! Talk about this! Think about it! Keep it on your mind because if you don’t… it’s going to keep its mind on you.

I wanna thank everybody for taking time out to read this letter. I hope I didn’t take up too much of your time. All of the contact information and other information you need to know is enclosed.

I want to wish everybody, each and everyone of ya’ll peace, prosperity and love.