This past Monday, Spinderella of Salt-N-Pepa, Mike Shinoda of Linkin Park and myself among others, participated in a panel discussion at UCLA that focused on the business workings and current state of Hip Hop. Before we launched into Q&A from the audience all of us were asked ‘What CD we were listening to in our ride?’ The audience seemed a bit surprised when I mentioned that in my CD deck was the 1981 album ‘JuJu’ by new wave/punk act Siouxsie & the Banshees. Songs like ‘Spellbound, ‘Monitor’ and ‘Into the Light’ brought back fond memories. More importantly the whole early new wave/punk scene was a very much apart of my early Hip Hop experience.

For those who wish to walk down memory lane, how could we forget when New Wave/Punk acts like Thomas Dolby, Tom Tom Club, The Clash, Blondie, The Thompson Twins, The Police, Depeche Mode, Human League, Tears for Fears and David Bowie to name a few were regularly heard within Hip Hop circles especially in many of our ‘hoods’.

No offense to Run DMC, who are often sighted as the first Hip Hop group to merge Rock and Rap, when we really go back and look at what was happening in the late 70s early 80s, we’ll find that there was an often under reported important conversation and cultural exchange that was taking place with hardcore b-boys from the South Bronx and the disenfranchised rebellious New Wave/Punk kids in downtown Manhattan on the Lower Eastside and in the Village.

It really began when acts like Afrika Bambaataa and Grandmaster Flash who were just starting to record records were starting to be invited to perform at some key downtown spots like the Mudclub or the Roxy which was frequented by punk/new wave kids. The parallels between the hardcore Hip Hoppers from the Bronx and the Rebellious Punk Kids soon became obvious. Both groups had reacted organically to a stale, formulaic music industry that was serving the public watered down disco and arena rock. The Blacks and Puerto Ricans in the Bronx embraced the classic James Brown Soul and Funk music of Sly and the Family Stone and developed Hip Hop, while their Lower Eastside white counterparts got into the British import punk and new wave. 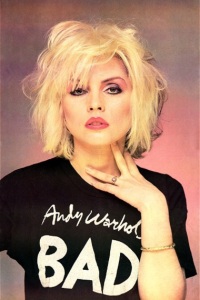 People like Bambaataa, Fab 5 Freddy, Debbie Harry of Blondie and British New Wave icon Malcolm McClaren would wind up being key figures in Hip Hop’s first cross cultural exchange. The B-Boys from the Bronx would get nice gigs at the Punk/New Wave spots while the punk crowd would literally be granted safe passage to Bronx River or the PAL up in the Bronx. It’s important to note that this was not a natural occurrence which has often been erroneously stated, especially with the white kids coming up to the Bronx. It was a deliberate attempt on the parts of folks who had mutual respect and vision to build with one another.

When you look back into time you’ll find that both the early Hip Hop and Punk/New Wave groups equally influenced each other. This admiration was reflected in Blondie’s pivotal song ‘Rapture’ where lead singer Debby Harry after being escorted up to a B-Boy party at the PAL club where Grandmaster Flash was playing gave props to Fab 5 Freddy as well as Flash who blew her away.

Soon after you had people like Malcolm McClaren teaming up with 5 Percent cats like the World Famous Supreme Team who hosted a radio show to do songs like Buffalo Gals (which was named after a London clothing store-not the size of woman’s butts), ‘Hey DJ’ and ‘Hobo Scratch’.

History will show that others like the punk rock group known as the Beastie Boys would start to embrace rap and put out songs like Cookiepuss and go on to become Hip Hop’s first meaningful white act.

Pioneering groups like the Cold Crush Brothers would release songs like ‘Punk Rock Rap’ while Flash and his crew did songs like new wave influenced songs like ‘Scorpio’. Bambaataa himself would go onto to form a group called Time Zone and would record a huge song called ‘World Destruction’ with punk icon Johnny Rotten. 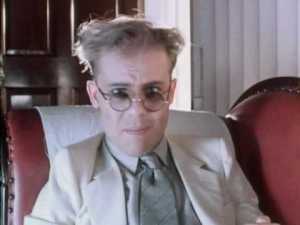 The whole time this was happening between the years 1979-1984, you saw the musical walls of segregation come down as artists from both genres would become familiar to both audiences. In other words during the early 80s you would hear Thomas Dolby’s ‘Blinded Me With Science’, David Bowie’s ‘Let’s Dance’, Devo’s ‘Let It Whip’ or Tom Tom Club’s ‘Genius of Love’ not only being played on urban radio, but also at popular Hip Hop night spots where playing them would help set off the party.

It was amazing to hear the types of early reactions to last year’s Mobb Deep hit song ‘Got It Twisted’. First, many younger folks had no idea that they had sampled the main riff that gave the song its entire flavor from Dolby’s ‘Blinded Me with Science’. When it was revealed, the reaction ranged from ‘Who in the heck is Thomas Dolby’? to ‘Wow, Mobb Deep is so adventurous, groundbreaking and experimental for going there and sampling a rock act’. For some the Thomas Dolby connection was strange for others who fondly remember those early days, what Mobb Deep did was a natural fit.

More importantly we need to remember that it was Thomas Dolby who actually stepped up and produced Whodini‘s first record ‘Magic Wand‘.In fact we need to also shout out folks like Trevor Horn and Rick Rubin who stepped over from the world of New Wave and Punk and got down on the production tip within Hip Hop.

We also need to keep in mind that these few examples I mentioned are just around the early Hip Hop scene in New York. If you go back and look at what was happening 300 miles away in California you will find similar exchanges between the early emerging Hip Hop community and the new wave punk sects. In places like Los Angeles where racial segregation is more pronounced and ethnic groups are really removed from one another, to see the early Ska and punk scenes make their way to early Hip Hop clubs and eventually see it reflected in the music with folks coming from places like South Central is significant. 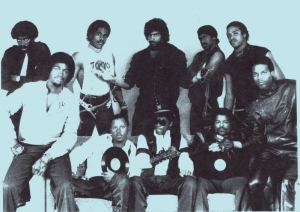 If anyone remembers back in the days when KDAY was jumping off in LA, then you know it was not usual to hear a Thompson Twins song or a Clash song being mixed and cut up by the famed Mixmasters at that time. It was not out of place to go to an Uncle Jamm’s Army set at the old Coliseum and here some of those aforementioned new wave groups. And of course Hip Hop was not out of place in those New Wave Punk clubs.

Today in the age of music industry consolidation and corporate radio owning multiple stations in a market has resulted in what is best described as music segregation. Industry proponents would argue and say its niche marketing, but really it isn’t. You have a group of ‘experts’ who sit around a table and devise elaborate marketing plans which run along the lines of station X owned by company A will go after Latino women 18-34 and will play a particular style of music with very little room for deviation. Station Y, also owned by that same company will go after older white men 25-54 and will also embrace a particular music genre.

This process goes all the way down the line until there are no more stations for the company to play with. The end results are a series of unintended consequences, some of which I touched upon in a previous column where I asked ‘When is Old School Too Old to Play’ as well as what I would call increased music segregation. Sure we can look at recent examples like Fred Durst and Limp Bizkit doing songs with Method Man or the upcoming Coachella Music Festival or a Warp Tour where there will be a healthy dose of rock and rap acts. However, the cultural exchange seems to be very one sided at best and contrived and forced at worse.

It’s one sided in the sense that you have rock oriented outlets with a predominantly white audience embracing Hip Hop. Yes, you can tune into a radio station like KROQ and hear rap alongside the usual rock offerings and lastly we have all the mash up projects, with the most noticeable being Collision Course with Linkin Park and Jay-Z. However, you will not see similar attempts in many urban outlets that target African American audiences. Yes believe it or not groups like Linkin Park as popular as they are are still relatively unknown in many Black circles where BET and commercial radio are the main conduits to things outside the community. I’m not sure what needs to be done to change that or if it even needs to be changed.

I guess I just yearn for the days when the Hip Hop and Punk and New Wave communities were known to each other and me, a Black kid from the Boogie Down Bronx, mentioning I like Siouxsie & the Banshees or the Split Endz is not met with shock and surprise because I defy a stereotype but with approvals or moans because everyone in the room has strong opinions about my choice of groups.