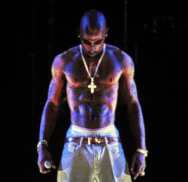 This week has been adventurous in the world of Hip Hop. Many of us woke up Monday morning enthusiastically talking about the larger than life hologram of the late 2Pac Shakur shown in the middle of a performance of Dr Dre and Snoop Dog at the Coachella Music Festival. It was an incredible feat, and while it was not the first time or specifically unique that a hologram was used, Hip Hop did what it always does… it flipped the script and opened up doors along with people’s minds as to how such a tool could be used from here on out.

It should also be noted that Dr Dre spent close to a 500k on the effect, sought permission and received the blessings from 2Pac’s notoriously protective mother Afeni to do the hologram. She thought it was amazing. I reached out to Pac’s brother Mopreme, he too thought it was great. The big question on everyone’s mind is will the 2Pac hologram go on tour? From what we’re hearing that’s about 90% supposed to happen.. Why wouldn’t that happen considering how much money was spent and the excitement it generated? The bigger question is will this ‘special presentation’ get quickly played out? I don’t think Dr Dre or Afeni will allow that to happen to 2Pac, but there are many music industry executive who see dollars signs before artistic creativity who are known for running things into the ground who might kill this potential golden goose of a technology before it gets off the ground.

Some thought the hologram while fascinating was creepy. The thought of bringing 2Pac back to life and having it look so realistic messed with more than few people’s minds. Others  expressed concern that holograms will soon replace live musicians.. Time will tell..

One thing that should be noted, bringing people back to life to ‘perform’ at concerts is not unique. We saw singer Natalie Cole do this 20 years ago in 1992 during the Grammys. Cole did a duet with her deceased father the great Nat King Cole of his signature song ‘Unforgettable‘  People loved it..At that time there was talk of doing more duets where live performers were magically matched with those who were deceased.

We saw numerous folks work this formula including P-Diddy who during his concerts would often show his friend the late Notorious BIG on a big screen doing songs like ‘Warning‘. Over the years we’ve seen the late  Big Pun come to life at concerts. Overshadowed by 2Pac’s hologram was the late Nate Dogg who was plastered on the screen performing with Dre and Snoop.

With respect to the hologram, not to take anything away from Dre and Snoop’s gallant efforts, but Mos Def beat them to the punch when he appeared before a number of inner city youth last year in Oakland along w/ African-American astronaut Leland Melvin. It was a part of NASA’s ISIS program and the goal was to get kids interested in science. There was a lot of excitement and planning that went into this hologram presentation. The audience was awestruck and inspired.

All in all, hats off to Dre, Snoop and the team at Digital Domain Media Group and AV Concepts that put together the hologram effect. DDMG are insistent that people understand that it’s not a true hologram which is 3 dimensional  but a 2 D rendering..It’s based on a 19th century illusion trick  commonly known as Pepper’s Ghost . Many reference performances by Madonna, De La Soul and the Gorillaz  in 2006 as examples of where it was used… In any case it was innovative and we can only hope that spirit of being creative grows.. From what we understand Dr Dre has big visions for the hologram technology.. who knows, maybe that long awaited Detox album will come as a hologram.

So much has been going on over the past few days that I never got a chance and properly reflect on the untimely passing of Nate Dogg.. Gone is a cat who was the cornerstone of an era..He was the soul of West coast Hip Hop. Nate was the ace in the hole, the clean up batter who you called to take your record over the top and make it a hit..He represented one of Hip Hop’s golden eras.. The G Funk Era…

Nate Dogg was the constant  soundtrack for a whole lot of folks who are now looking back and saying to themselves.. Homie put it down for us...He helped give voice to a generation. His smooth vocals and catchy hooks were such that he could make dog shyt sound nice..I don’t say that to be funny, but if you stop and think for a minute Nate said some hard stuff in some of his songs, but you hardly noticed because he was so seductive with his sound…Take the song ‘Regulate‘..I was playing it yesterday for my class and pointed out the irony of Nate singing about killing someone, but he did it so smooth, that we smiled and didn’t give it a second thought

What was interesting about was Nate was he came on the scene at a time when people would frown and consider you a sell out for having singing on the hook. That sort of approach was most associated with R&B singers. Sure you had a few songs with Ki-Ci and JoJo, who were seen as legit,  but for most part singers on rap songs was not fully embraced until Nate Dogg came along and showed us how it should be done..

You listen to cuts off Nate’s album ‘Music and Me‘ and its clear that he was under rated… Cuts like ‘Another Short Story’ and ‘Nobody Does it Better’ which I think was his best song, bare that assertion out..

Seems like everyone has a Nate Dogg story to tell…myself included. .I met dude on several occasions and he was always chill. He was accessible, not hiding behind 50 bodyguards..and even though he was from gang infested Southern Cali, you didn’t get a menacing energy when he was around.. Nate Dogg was cool..

I recall when the landmark ‘Up in Smoke Tour’ came to the Bay Area. Nate had some legal issues and wasn’t gonna show. Tyrese was scheduled to take his place. People like Tyrese and agree he’s talented, but Nate was the cat singing damn near half the hooks so him not being there was a bit of a let down..

When Dr Dre took the stage, he ripped into the song ‘Next Episode‘. At the part when the song says ‘hold Up‘.. Instead of Tyrese, we heard Nate’s voice who suddenly appeared from behind the curtain. He had made it after all and upon hearing his voice, the crowd went nuts.. Everyone cheered and gave high fives and the show was on for real.. It was an incredible show and Nate being classy shared his singing duties with Tyrese who adlibed and added to what Nate was doing.. Dude will certainly be missed..RIP Nate.

Props out to my man D-Nice as he drops a nice gem of a Hip Hop True Story. This one features Pharaohe Monch talking about the making of the classic song ‘Oh No’ featuring Nate Dogg and  Mos Def.. Check out D-Nice TV for more episodes