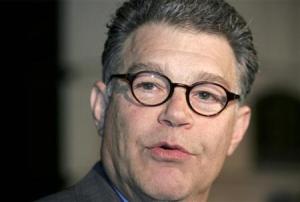 MINNEAPOLIS (Reuters) – The Minnesota Supreme Court on Tuesday declared Democrat Al Franken the winner of a tight U.S. Senate race over Republican Norm Coleman, which should give Democrats the 60-seat majority they need to overcome procedural obstacles and push through their agenda.

Coleman has said in published reports he is unlikely to appeal the state court’s decision to the federal courts. Under state law, the court’s decision gives Franken the right to occupy the seat, which has been up for grabs since last November’s election.

Minnesota Republican Governor Tim Pawlenty has said he will certify the election winner based on what the state court decides.

If the decision holds up, Democrats will control 60 of the 100 Senate seats — enough to overcome Republican procedural roadblocks in a clear boost to President Barack Obama‘s agenda.

Democrats hold a solid majority in the U.S. House.

However, Senate Democrats may not be able to count on Arlen Specter’s vote. Specter, a former Republican from Pennsylvania, switched parties in April but has said he will vote his own way and not necessarily along party lines.

The Minnesota contest has seen several switches. Coleman, seeking a second term, held a razor-thin lead after the November 4 election over Franken, a well known satirist and a former writer and actor for the popular Saturday Night Live television show.

But the close vote triggered an automatic recount of the 2.4 million ballots cast for the two men, and Franken edged to a 225-vote lead. That result was challenged by Coleman, and a judicial panel agreed to add only a few hundred previously rejected absentee ballots. That tally expanded Franken’s lead to 312 votes.