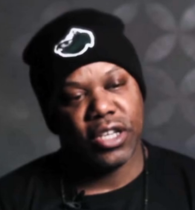 who was in Minneapolis on tour with E-40..They were at Epic.. Here Short describes the characteristics and philosophy behind Too $hort the performer, the humanity of Hip Hop, as well as women in history he admires in honor of the upcoming Women’s History Month.

Maria Isa is a fixture in the Minneapolis Hip Hop scene.The daughter of two Puerto Rican revolutionaries who used to get down with Young Lords and the freedom movements of the 60s and 70s, Maria brings a well-heeled politic and an infectious vibe when it comes to her music.

We talked to her about Minneapolis’s Hip Hop scene and the important role that groups like the Rhymesayers played in bring attention to a city that for years was only associated with R&B acts like Prince and Morris Day & the Time.

She talked about how steeped Minneapolis is in Hip Hop culture and how all four elements are prominently represented. She talked about Minneapolis being not only home to dope rhymers but also skilled b-boys and b-girls, graf writers and turntable masters. She described it as one big family and that at any given moment something good is jumping off in Minneapolis.

We talked about the important role that annual festivals like B-Girl B played in providing crucial platforms for the female Hip Hop community.She talked about some of Minneapolis’s other female stalwarts like film maker and fellow Puerto Rican Rachel Raimist.We talked about Rhymesayer/poet Desdemona and photographer B-Fresh.The list goes on.

We then turned our conversation to how Puerto Ricans fit in. We were curious as to whether or not PRs in the midwest played a major role in Hip Hop evolution the way they did in New York.We also found out why Maria calls her part of town Sota Rico.. Don’t get it twisted folks, Puerto Ricans have a strong presence in the midwest and they definitely get down.

We took our convo deeper as Maria explained the difference between Latin Hip Hop and Reggeaton. She noted that oftentimes people like to lump them all together, but in fact there are some unique things that one should take time to explore.

Maria broke down the important political situations facing Puerto Rico and how she tries to incorporate much of that knowledge in her music. She talked about the angst many feel because Puerto Rico is a commonwealth which is fancy word for colony. its sad that Puerto Ricans are considered US citizens yet cannot vote for the President except in primaries.

We also talked about the Latin/Brown diaspora and how the importance of bringing about Brown unity especially with issues like immigration. As a Puerto Rican Maria notes that she has the responsibility of giving voice to those who are here ‘illegally’ and can’t speak for themselves.

Maria’s album ‘Split Personality‘ is incredible and packed with cultural and political references and that pay homage to Hip Hop and her Puerto Rican heritage.