The meeting of Punk and Hip Hop cultures in the late 70s early 80s is an overlooked often downplayed facet of Hip Hop History. Most people think of Run DMC‘s Rock Box and later their collaboration with Aerosmith when they think of Hip Hop merging with Rock-N-Roll. The truth of the matter is that in a very organic way, artists from both cultures broke bread and came to respect each other not so much because of the music, but because of the ‘rebellious’ attitude and spirit that personified both groups.

With last weeks passing of punk icon turned Hip Hop icon Malcolm McLaren, the details of punk Hip Hop unions began to be revisited. We sat down with one of the key bridge builders to both worlds Brooklyn native Fab 5 Freddy to get his perspective.  Fab started out as a graffiti artist and later went on to rap and produce. His record Change the Beat is a classic. here Fab raps in French and at the end provides us with the classic line that every DJ worth his weight has used to scratch.. Ahhh This Stuff is Really Fresh. It was one of the earliest instances of a vocorder being used in Hip Hop. later on Fab5 became the face of Yo MTV Raps. 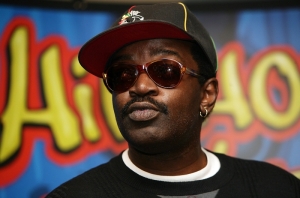 He now heads up the VH1 Hip Hop Honors. He noted that this year they will be honoring the pioneers of the South. We spoke to him about those pioneering days and he noted that his love of art is what took him downtown to the thriving Village scene that hosted Punk, New Wave and artsy types..Fab 5 noted that his partner in crime (art crime) was the late Jean Michel Basquiat and together they attended a lot of the shows and parties and met folks like Deborah Harry and her man Chris Stein from the group Blondie.  The group would later immortalize Fab 5 in the song Rapture where they shouted him out. In our interview Fab 5 explains how that song came about. 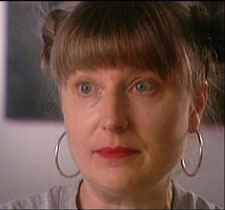 We talked about Fab’s first encounter with Malcolm Mclaren. He noted that it was a promoter named Kool Lady Blue best known for her work at the Roxy and the Negril who introduced the pair and that Fab wasn’t really feeling McLaren. He explained that  his good friend Johnny Lydon aka Johnny Rotten of the Sex Pistols and later PIL had accused McLaren of ripping off the group. As a result when McLaren explained to Fab 5 that he wanted to go uptown to the Bronx and experience the emerging Hip Hop scene, he wasn’t gonna be ‘that guy’ to make it happen.

Fab went on to explain that he was impressed with the way Mclaren maneuvered. Not only did he make it up to the Bronx but he eventually teamed up with two guys Larry Price aka Se’Divine Price and Ronald Larkins Jr aka JazzyJust the Superstarwho were members of the 5% Nation who had started doing one of the earliest Hip Hop radio shows back in 1979 on WHBI. . The duo went by the name World Famous Supreme Team and they along with Mclaren made history by putting out some of Hip Hop’s ealiest hits including ‘Buffalo Gals’ and ‘Hey DJ’.. Fab explained what made Mclaren such a genius was his ability to capture not only the early feel of Hip Hop but also the groups popular radio show . He was ground breaking in his production and willingness to push the envelop.

Fab added that the Hip Hop -Punk fusion came about because there was a community of artists who were open minded and willing to collaborate. 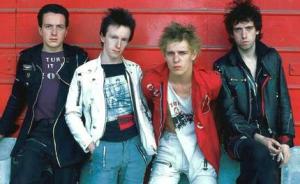 We talked about the groundbreaking role the Clash played. Fab noted that the London based group was influenced by reggae and saw similarities with that and early rap.  They did a weeks long stint at a club called Bond  where they decided to show support for Hip Hop by inviting a popular artist or deejay to open up for them each night. The line up included Grand Master Flash, Kurtis Blow, Afrika Bambaataa, Spoonie G and Funky 4 Plus One More.  he said rthe crowd was hostile. It would be like a rapper performing at a Tea Party. Things got so bad the Clash had to come out on one of the nights and let folks know they were in full support of Hip Hop. Later on Mick Jones would hook up with Futura 2000 to do a song called ‘Escapades of Futura’ http://www.youtube.com/watch?v=gR9K2ISCUqg

During our interview Fab talked about how the merger of Punk and Hip Hop helped paved the way for early Hip Hop journalism primarily with writers Barry Cooper and Greg Tate who were fixtures in the downtown art scene and started penning stories about Hip Hop.

Below is a link to the interview we did with Fab 5..

Here is a shortened video version of the podcast

Malcolm McLaren was an important figure both in Hip Hop and early punk.. Many outside the US knew him for his work in the punk world. Most of us who were around in the early 80s  knew McLaren because of his work with the World Famous Supreme Team radio show and his hit records Buffalo Gals, Hey DJ and Hobo Scratch which for many outside of New York was the first time they heard scratching. A true pioneer on a number of levels..McLaren to me was one of those crucial bridges between punk and Hip Hop. That’s a history that is often overlooked and down played.. 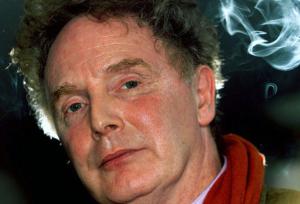 Malcolm McLaren, the former manager of the Sex Pistols and impresario, has died. He was 64.

McLaren had had cancer for some time. His condition recently deteriorated rapidly and he died this morning in New York. His body is expected to be brought home to be buried in Highgate cemetery, north London.

Born in North London, McLaren was best known as the manager of the iconic punk band The Sex Pistols. After attending and dropping out of several art colleges in 1971 he opened a clothes shop on the King’s Road , Let It Rock, with Vivienne Westwood.

He achieved the notoriety that never left him when The Sex Pistols’ anti-establishment single God Save The Queen stole the number one spot during the Queen’s silver jubilee in 1977. His spokesman Les Molloy told The Independent: “He had been suffering from cancer for some time, but recently had been full of health, which then rapidly deteroriated. He died in New York this morning. We are expecting his body to be brought back to London and buried in Highgate Cemetery.”