Looking Through the Window-May Micheal Jackson Rest in Peace

By now I think everyone on the planet has now heard that Michael Jackson the King of Pop has passed away. Talk about having a full range of emotions. It’s hard to know where to begin when you start talking about an icon that was essentially the sound track through your childhood and much of your adult life. Michael Jackson was always bigger then life and yet had this vibe about him that made you feel like he was within reach.

It’s hard to know where to begin with a guy who is credited with saving a then troubled music industry with the release of what many consider his two most impactful albums ‘ Off The Wall’ which was put out in 1979 and Thriller which came out in 1982.  Those two albums along touched people all over the world that will take years to fully comprehend. They changed the face of music, as Michael Jackson became the building block for almost every major music icon today from Madonna on down to Usher to the Backstreet Boys, Diddy, Nsync, Justin Timberlake, Beyonce, Britney Spears, MC Hammer, Ne-Yo and beyond.  Most of the artists mentioned openly recognize this fact. I just hope they along with their peers come out and pay a proper tribute to this icon that was on par for their generation the way that the Beatles, James Brown, Frank Sinatra and Elvis were for previous generations.  Entire thesis’ could and should be written on just how Micheal Jackson changed music industry with those two albums.

Its hard to know where to begin when you look back and note that once upon a time  MTV which in the 80s was an upstart music video channel, had garnered a sour reputation for not playing too many videos from Black artists. How ironic that Michael Jackson with his ground breaking  videos which were really mini movies became the saving grace for MTV and put them on the map in ways that I don’t think has ever been fully acknowledged.  I hope all Viacom employees appreciate the creative genius of Michael Jackson and that they haven’t been caught up in the fray of dragging his name through the mud by viewing  the King of Popas some sort of laughable charcter.   I hope yesterday and the days to come are spent reflecting on  how so many owe their jobs and the millions of dollars the company has generated over the years to this man.

When word got to me about Michael’s passing I kept thinking, I wonder when he woke up yesterday morning  did he hear  the news about 70s icon actress Farrah Fawcett passing away? I wonder if Micheal Jackson ever in his wildest dreams thought that Thursday June 25, 2009 would be his last day on earth. I wonder if he thought the TV programs with all their breaking news interruptions and television  anchors doing walk down memory lane tributes with friends and families calling in to pay tribute to Ms. Fawcett, would just a few short hours later be doing the same for him.

They say that Michael Jackson for the past few weeks had been preparing for his 50 city tour. They say he was showing up to his tour rehearsals hours late each night and that he was low energy. Now we all know that here were so many people who wanted for him to come back and be the King of Pop again, but I wonder if that even mattered to him anymore. Did Michael Jackson come to a point where he said ‘No More. I had enough!’ or was he still the perfectionist that I had often read and heard about from close friends who actually knew him?  Which Michael woke up on June 25, 2009? Was it the perfectionist with childlike enthusiasm for life and people or a was it a man who was seriously worn down from the controversy and day to day ridicule and scorn that surrounded his life who sensed he was taking in his last earth memories? I wonder what Michael’s last thoughts were? All I kept hearing was the man was in pain and that he was seeking some sort of peace of mind. The phrase “tortured soul” has been used over and over again to describe him and it was evident by what many described as eccentric behavior.

Yesterday was emotional because there was little time to grieve for Michael’s passing. To be honest there seemed to be little time to even wish him a speedy recovery when we initially got word that he suffered a heart attack. While the man was enroute to the hospital and from our understanding not able to breathe and in in some sort of coma, all sorts of media opportunists jumped out the woodwork and started laying in. Can we all raise a big middle finger to so called gossip blogger Perez Hiltonwho epitomized the ugliness and viciousness of the day? This dimwit had the nerve to put out a blog accusing Jackson of faking his heart attack. As of last night, I didn’t hear or see one of vintage  long winded videos apologizing for the transgression.  Who knows?  Maybe there will be one today.  But do we really care at this time? The damage was already done and sadly Perez wasn’t the only one. Michael Jackson’s death was paydirt for many who continue making name for themselves by smashing on him and being a source of controversy.

Michael Jackson was someone who touched folks in multiple generations. For a 70s baby like myself, he was our favorite Saturday morning cartoon. He and his brothers had our favorite variety show next to Sonny and Cher and Flip Wilson. Everybody who was anybody in the neighborhood watched The Jacksons. That’s where new ground was broken and new trends were set.

For example, everyone likes to talk about the thrill they got when they first saw Michael Jackson do the moonwalk during the Motown 25th  Anniversary Tribute. It was good and exciting and I’ll give it its props as a great moment in television history. But for those of us who came up when the Jacksons had their variety show kicking off, our ‘moonwalk’ moment was actually a ‘robot’ moment. I remember how I bugged out when the group came on and performed their hit song  ‘Dancing Machine’ and Michael Jackson busted out with the robot. Talk about setting a benchmark. His moves were flawless. He looked like a machine and had each angular movement down to perfection.  Every kid I know including myself came to school the next day trying to rock the robot the way Michael Jackson did.

Unfortunatly for us we didn’t have videos to go back and see this over and over. The next time I saw him do the robot was in concert at Madison Square Garden and I will say this to this day – I seen everyone from Sammy Davis Jr to U2 to Prince, Rick James, Teena Marie, Tina Turner, Rollingstones, James Brown to KRS-One name the artist I seen them perform. I say this emphatically-Nobody could rival what I experienced at the Garden that night. Michael was simply the best-hands down. And yes you read this correctly – Michael was better then James Brown on stage. 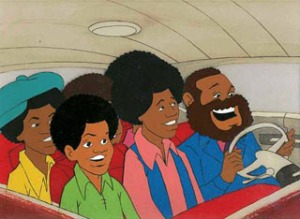 For my 70s baby generation, Michael Jackson was our answer to the over hyped and overplayed Osmond Brotherswho also had a cartoon and variety show around the same time as the Jacksons. Michael gave us important bragging rights when those racial insults were hurled and comparisons between the two groups were made at school.

Micheal Jackson was also a fashion icon of sorts. I know some will try to deny it but back in the days, having a tight Applejack cap  and big afro set it off for more than just us grade school kids. We all wanted to be like Mike long before the other MJ (Michael Jordan) came along. If anyone denies it I guarantee there’s some auntie or cousin just dying to post up a picture up on Facebook of a family member trying to look tight with a vintage Michael Jackson and the Jackson 5Apple Jack fit. Many of us had those outfits and had mastered MJ’s superior spinmoves when we got on the dancefloor. And while a younger generation coming up in the 80s may laugh at such things we need not remind folks that Michael wearing black loafers and white socks and that funny jacket was adorned by quite a few folks. I have quite a few pictures of younger cousins to prove that.  Bottom line- The man was always loved  and is surely missed.

I was asked yesterday what I remember most about Michael and I responded there was an array of things. 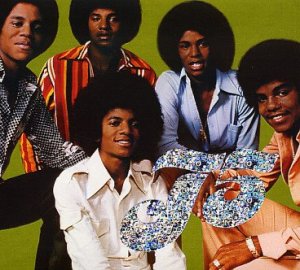 We keep forgetting the important role Jackson played in the We are the World Projectin 1985  He along with Lionel Richie wrote the song and of course Michael did the hook. That was the jump off record for artists to come together and try and make big statements. Up to that time I think the Boycott Sun City Projectwhich was done a year or two earlier was the only other supergroup project.

I’ll never forget that Michael Jackson had the gumption to do his Remember the Timevideo set in Egypt and showed the ancient Egyptians as Black. That was big and the height of irony because so many of us always were annoyed that Egypt was always associated with Elizabeth Taylor who was one of Michael Jackson’s best friends. Instead of casting her in a return role of Cleopatra he put in Magic Johnsonwho played the Pharaoh. Sadly Jackson caught heat for it, but he never changed that video and many of us loved him for it.

I remember that whenever Michael Jackson did a new video it was a big event which on a couple of occasions actually interrupted all tv programming. I’m not sure if the Remember the Timevideo was one of them, but I recall the networks would delay prime time programming to premier a new MJ video. That’s how large he was and that’s how much he impacted music.

I recall Michael Jackson holding a press conference  and calling Sony record executive Tommy Mottola out who at the time was one of the most powerful label executives in the world. Jackson called him a racist and a devilish person who was ripping off Black artists. He even went so far as to accuse his ‘former friend’ of using the N word when referring to another Black artist. At the time it was a bold move by Jackson. Not a whole lot of artists were willing to stand up and be counted. I thought it was interesting to see  Mottola on one of the networks yesterday praising Jackson and talking about the good times they shared together.  That was classy of him to do that in spite of their beef. What was Keith Oberman’s excuse for being so tasteless in his coverage?

I remember when Michael Jackson burned his hair during the taping of a Pepsi commercial. We all feared the worse when that happened. Of course we know he survived it but he never really looked the same. He did quite a bit of plastic surgery in the aftermath of that accident.

I’ll never forget that Michael Jackson did an anti-war song called Man of War, which is still relevant today. The words are deep and searing. In fact, if you take time to listen to many of his lyrics, you find that they aren’t always as simple and poppified as they may suggest.

How do you conclude a summarization of Michael Jackson? You simply can’t. He was and will continue to be someone who will touch a part of us even in death.  May he rest in peace finally and may his music and gentle spirit live forever within us.