A Historical Definition Of The Term Rap pt1

What is rap? Depending on who you ask and from which generation the word  ‘rap’ will take on different meanings. At one point in time ‘a rap’ was a set of excuses a con artist handed you in an effort to deceive you.

In the 70s rap were the words a person used when trying to persuade you. This particularly applied to the persuasive efforts of a young man trying to obtain sexual favors from a female..

Today rap means saying rhymes to the beat of music making it’s one of the four major element within hip hop culture. Because the other elements which include deejaying, breakdancing and graffiti aren’t as widespread, the words Hip Hop and Rap have been used interchangeably over the years..

The truth of the matter is the word rap wasn’t always used to describe this activity. The act of rhyming to the beat of music was initially called emceeing. The term rap first became associated with Hip Hop around 1979 with release of two records in ’79. The first was called King Tim III [Personality Jock] which is considered Hip Hop’s first record. This was track put out by the Brooklyn based Fatback Band. This song was said to be inspired the old rhyme styles of popular Black radio disc jockeys of the 50s and 60s  like Jocko Henderson, Jack The Rapper, Magnificent Montague and Daddy O to name a few. These Black radio deejays would eventually go on to influence pioneering club deejays like DJ Hollywood..

The second song that popularized and associated the term Rap with Hip Hop  was the landmark song ‘Rapper’s Delight‘ by Sugar Hill Gang. I’m not quite sure how Sugar Hill came up with the term ‘Rap’. Some say it was already being bantered about within the mainstream media who were then mystified by this new phenomenon.

Others say that the term was coined by older folks within the community in this case Sugar Hill record label owners Sylvia and Joey Robinson who saw similarities between young hip hoppers from the ’70s and the word manipulators of earlier generations where the term rap was used.. 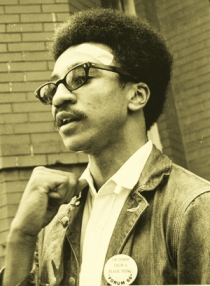 Ironically within the song Rapper’s Delight contains a well-known rhyme which appears to have been borrowed from the former Black Panther and SNCC chairman H.Rap Brown now known as Jamil Abdullah Al-Amin.The rhyme in question appears in Brown’s auto biography written in 1969 called  ‘Die Nigger Die‘. It spoke about his militant approach toward solving some of the ills afflicting Black America. Within his book he spoke about how he obtained his name ‘Rap’. He detailed that when he was growing up in Louisiana people used to play a variety of word games including one called The Dozens.

The purpose of the game was to totally destroy somebody else with words. He noted that in his neighborhood and bear in mind we are talking about the early 60s, there would be close to 50 guys standing around competing against one another in this rhyme game in which people talked about each others mothers. The winner was determined by crowd reaction… Rap Brown got his name his name because he was considered to be one of the most skilled…

In his book H.Rap Brown gives some examples of his rhymes…

I fucked your mama
till she went blind.
Her breath smells bad,
But she sure can grind.

I fucked your mama
for a solid hour.
Baby came out
screaming, Black Power.

Brown also explained another verbal game called Signifying. He noted that this was verbal game which was more humane than The Dozens because instead of dissin’ someone’s mother you would dis your opponent. He also explained that a skilled signifier knew how to skillfully put words together so you could accurately express your feelings. He concluded that signifying could also be used to make some one feel good. He dropped a rhyme which was used in the movie ‘Five On The Black Hand Side‘ and later immortalized several years later by the Sugar Hill Gang.

Yes, I’m hemp the demp the women’s pimp
women fight for my delight.
I’m a bad motherfucker. Rap the rip-saw the
devil’s brother ‘n law.
I roam the world I’m known to wander and this .45
is where I get my thunder…

The fact that H.Rap refered to his .45 caliber gun may have inadvertently been a precursor to what we call gangsta rap. (This of course is being said with tongue in cheek)

As was mentioned earlier the term rap has changed from generation to generation. In the 70s the term not only meant the art of persuasion but it was also used to describe the monologue talking styles used by singing artists like Isaac Hayes, Barry White, Bobby Womack, Lou Rawls and Millie Jackson. Albums like Isaac Hayes’ ‘Hot Buttered Soul’ and Millie Jackson’s ‘Still Caught Up’ best personified these styles called ‘Love Raps’.

The art of rappin’ with respect to hip hop was characterized by one’s ability to syncopated to a beat. Ideally an emcee rapped from the heart. His rhymes were spontaneous, not memorized or read aloud from a written document.

Of course we now know that most of the great pioneering emcees like Mele-Mel, Grand Master Caz and Kurtis Blow to name a few, all rehearsed and pre-wrote their rhymes. But the approach was to present yourself as if the rhymes were coming off the top of the dome. ..

Ideally a rap is a group of rhymes that are thrown together so everything has meaning. Nothing said is frivolous. It reflects the here and now and ideally the lifestyle of the one rapping. Rap’s ideally projected the emotions and feelings experienced by the rapper. Ultimately and historically an artist rapped for no one but himself. His rap was a call for attention to himself.. He was ideally saying..’Hey look here I am world-Somebody hear my song!’.