A lot of buzz around this ‘beef’ between Jay-Z and MC Hammer. For those who don’t know Jay-Z took shots at Hammer last month about his past financial woes. He did a song where he spit a verse about Hammer losing 30 million. This is while Jay-Z is reported to have brought an island or something like that. Hammer wasn’t feeling the slight and made his disapproval known via twitter with a promise to release a video reposnse on October 31st.

A few things to consider..on one hand Hip Hop has always had the ‘battle’ element. Taking shots or responding to disses have long been a tried and true method of getting on. 5o Cent blew up doing this. KRS made his name early on coming after folks. Hammer himself  came up taking shots at all sorts of folks explaining that Hip Hop was like sport. It’s team vs team and when you stepped into the arena it was on you to  bring the ruckus so to speak. I recall when he challenged Michael Jackson to a dance off. It was all about the battling on stage, on vinyl and everywhere else to establish your position. So back in the days when folks like Run DMC,  3rd Base, Ice Cube or LL took shots, Hammer got at them both on and off record. Very few emcees especially those who were popular would get a dis off and he not address them.

Jay-Z on the other hand has been interesting with his disses. He’s long known that responding to slights gave folks a chance to come up. He talked about this when he had his famous battle with Nas back in ’01. Folks forget that a lot of times he ‘brushed the disses off his shoulder’ and ignored them not allowing himself to be a free meal ticket. He did that with Jayo Felony and even Game. So why he took shots at Hammer is curious to me.

On another level when cats become elder statesmen in the rap game it just doesn’t seem right to have any sort of battle.  It should be about building. It would’ve been dope if Jay-Z helped Hammer get that 30 million back and they embarked on a lucrative long sustaining project together.. It would’ve been good if Hammer shines it off and stepped to Jay privately, But respect is respect, and Hammer is not letting up as we can see in this recent video called Better Run Run.So we’ll see what happens on the 31st.

In the meantime, folks have been speaking out trying to stop this from moving forward. Below is a letter from a local Oakland based author Harry Williams.

An Open Letter To MC Hammer 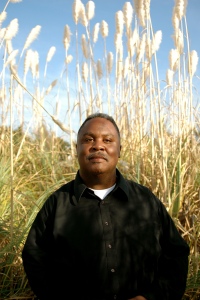 The black nation is in a state of chaos. According to the Sentencing Project, oneout of every three black men can expect to see the inside of a prison cell ifcurrent trends continue. The CDC tells us that black men are ten times morelikely to contract HIV/AIDS than white men. Black women are twenty times morelikely to contract AIDS than white women. The leading cause of death for blackmen between the ages of 15 and 34 is homicide. In the computer age, theManhattan Institute tells us that only 48% of all black males in America will earn ahigh school diploma. We are in trouble; real trouble.

There are no shortage of professional race leaders to address these issues. Letme tell you where they fall short. They lack a voice that young people will listento. No young brother sitting in front of a television rolling a blunt is going tosay, “Gee, let me turn on the radio and see what Reverend So and So is talkingabout today.” No, they are going to turn on their favorite mc.

Hip hop artists have a unique power to speak into the lives of young people. Thenext Martin Luther King and the next Malcolm X are not going to show up withBrooks Brothers suits and wing tip shoes. The untapped power in ourcommunities belongs to hip hop artists. That is why it is so disheartening to seepowerful African Americans divert their tremendous potential to save lives to thepettiness of tearing down other blacks.
Brother Hammer, recently you became the victim of such an attack. Sir, youhave nothing to prove to anyone. Don’t allow yourself to be dragged down into apit. There are some people who will say mean things just to extract a negativereaction out of you. When they succeed in making you frown, their day is made.Turn your back to them.

God gave you a gift that caused hip hop to explode on the face of the earth. Ifthere had been no MC Hammer, a lot of rappers would still be serving crack infront of the projects or slinging burgers, if they could get a job at all. You createdan industry. How many people can lay down tonight and before they close theireyes say to themselves, “I changed the world.”

I know that you are from Oakland. Homeboys in the place they call “da Town”are suffering from the reverberating shocks of the Great Recession. Gangwarfare and gun violence are out of control. People are hungry and desperate.They need voices of hope. For so many years, you have owned such a voice.Come back to these streets. Leave the hatred to the haters. Perhaps God’s
greater purpose for your life is that you speak hope in the valleys of the shadowof death and despair. Come home. You name is still quadruple platinum in thesestreets.

My prayers are with you.