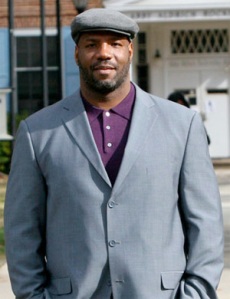 Earlier this week, long time activist and historian Jelani Cobb put out an article in the New Yorker that talks about President Barack Obama and his image.. He goes in on what the image of a Black man in the White House has meant for the community at large, what its meant for folks all over the world and what type of backlash it has resulted in among white supremacists.

In his article Jelani says the following…

In black America—where people have been voting for Presidential candidates who didn’t share their racial background since even before the Fifteenth Amendment—the 2008 election wasn’t seen as the star-spangled “Kumbaya” it was billed as elsewhere. White rejoicing at Obama’s racial landmark seemed tone deaf, unduly self-congratulatory. White voters had simply done something black voters had been doing for at least the previous hundred and thirty-four years. For this reason and others like it, there was a tendency among blacks to see Obama as an extension of black achievement—but not necessarily a barometer of changing white attitudes. The hyperbolic talk of a post-racial society suggested that white voters, or at least a highly visible segment of them, tended to see the election in precisely the opposite terms.

The other night, we got Jelani to skype into our Black Images class at SF State and share his thoughts on Black image, his article and the complexities around how many see Barack Obama.. We spoke at length about what it means when a Black man is the head of an empire and is the face of foreign policy that is seen as unpopular and out right oppressive in some parts of the world..  Click the link to hear Jelani’s remarks which we aired the other day on Hard Knock Radio..