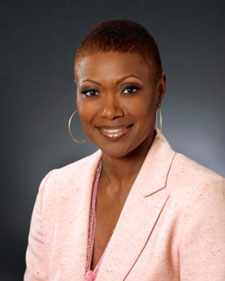 (Houston TX) we have a problem. Sadly its the age old problem of racism and sexism which was supposed to be disappearing in this new Era of Obama within a city that is now the third largest in the country. For those who haven’t been following the drama, what’s been going on is an ugly series of racial incidents including 2 or 3 noose hanging incidents, racial epithets being spewed over the departments tactical radio system and disturbing remarks targeting two women sprawled on the walls of  Houston’s fire station #54.

At the center of the most recent controversy are two women Paula Keyes and Jane Draycott who reported that for months they’ve had to endure a series of incidents including the recent defacing of a picture of Draycott’s  daughter who was killed in a car accident. Someone wrote ‘dead’ across the photo while referring to her as a ‘nigger lover’ and a writing the words ‘die’ on her picture. Here’s a link to a local news report on this incident

Other incidents include having someone turn off the cold water while taking a shower so the women would get scalded  and tossing firecrackers while using the bathroom stalls. The incidents were appalling to say the least.

This recent drama comes at the heels of two high profile noose hanging incidents including one involving a fire fighter cadet who during a training tied a noose and made some racial remarks. He was allowed to resign but then later reapplied and has successfully completed his courses. He is soon to join HFD.

The other incident involves a white HFD captain named Keith Smith who was discovered to have a noose hanging in his locker earlier this year. Smith was reprimanded by the Chief for the incident while the City Council coughed up a bunch of money-60 thousand dollars for sensitivity training.  Smith a 28 year veteran who has held the rank of captain for 15 years recently issued a public apology where explained that he kept the noose as some sort of memento for his training days. He said he had no idea the noose meant something racial.

One has to wonder what sort of training Smith had received. Maybe things were more racial charged 28-30 years ago. I find it hard to believe that Smith was that oblivious when you consider the national brouhaha that occurred because of the noose hanging incidents in Jena, La (Jena 6) which is about 6 hours away from Houston. Was Smith not following the news when all this went down back in Fall of 2007?

What’s even crazier is that Rev D.Z. Cofield vice president of the Houston NAACP defended Smith saying he was unfairly being put on blast and they recommended that the letter of reprimand be removed from the captain’s record.

I’m not sure how they came to this conclusion, but these series of incidents have not sat well with Houston City Council member Jolanda Jones who has been on the case. She’s been pushing hard demanding that the city implement a zero tolerance policy for  sexism and racism. She also rebuffed the assertions that the racial incidents were isolated by getting a letter signed by 68 retired, current and former emploeyees who noted that there has long been a pattern of racism and sexism. Jones has even gotten involved in a war of words with HFD Union chief  Jeff Canyon who accused her of calling him a House Negroe.

Since our interview a group of women firefighters have met with Houston Mayor Bill White to say that they are proud of of the fire department and that although there are some problems things aren’t all that bad.

Written by Davey D for www.theSouthernShift.com