I find it funny that all these people are upset about full body searches and pat downs at the airport when just two months ago many of these same folks didn’t seem to mind when Muslim-Americans were complaining about being profiled and singled out for searches. It was just two months ago when the rhetoric was thick, the words hateful and very few of us ‘good ole Americans’ was the least bit concerned about ionized radiation from body scanning machines or some college drop out turned TSA agent feeling up yours or your spouse’s private parts. After all many of us rationalized that ‘sacrifice was required’ when fighting the war on terror. Many of us emphatically insisted that in order to  really fight terror successfully some of our freedoms would fall to the wayside.

Certainly I’m not the only one who recalls pompous sounding pundits on TV saying such things like; ‘We’ll if they have nothing to hide, they won’t mind being searched’ ,’We now live in extraordinary times which requires extraordinary measures to keep America safe‘ or ‘I think most people would rather be searched and profiled than be blown up’.

We really heard this type of talk a year or so ago when the Christmas Day bomber Umar Farouk Abdulmutallab had a failed attempt and GOP leaders went in on President Obama claiming he was soft on the war on terror. Many of them called for increased profiling and searches in order for us to be safe. They scoffed at the idea of people’s civil liberties being violated and said it was sign of weakness to give into the concerns voiced by organizations like the ACLU or CAIR.

Now that  everyone is getting searched  have things suddenly changed? Are we no longer willing to sacrifice our freedoms or do we just want ‘THEM’ (Muslims and ‘other suspicious folks’ ) to be searched and forced to do full body scans? How hypocritical is that? 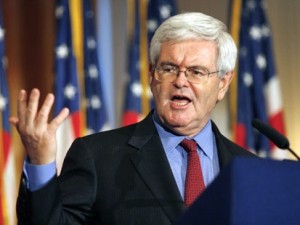 Wasn’t it just two months ago this country was up in arms about the proposed building of an Islamic Community Center (Mosque) near Ground Zero? Here we saw everyone from high-ranking political leaders like former House speak Newt Gingrich compare Muslims to Nazis to Texas lawmakers Debbie Riddle and Louie Gohmert warn us about ‘terror babies‘. We saw former NPR host Juan Williams admit that he ‘got nervous’ when he saw a Muslim passengers getting ready to board a plane.

These types of publicly expressed sentiments led to many of us further demonizing and marginalizing entire segments of our population which in turn left us being unsympathetic to what we now see and hear are similar concerns they expressed about ‘invasive’ searches.

Many of us turned a blind eye reports surfaced about all the Muslim Americans in addition to being profiled and searched were also increasingly being put on NO-Fly lists resulting in more than a few being stranded after being rejected from boarding. Many found themselves in legal limbo when trying to remove themselves or even find out why they were put on a No Fly list in the first place. Sadly some mean-spirited pundits celebrated these No fly list violations because the resulted in the unintended consequences of Forced Exile

With all this in mind, one has to ask the hard questions; are folks crying about  TSA full body searches because they feel their constitutional rights are being trampled or are they concerned that they personally are being violated? We really need to be honest when answering this question. Whats really going on here?

“Imagine if the political elites in our country were forced to endure the same conditions at the airport as business travelers, families, senior citizens, and the rest of us. Perhaps this problem could be quickly resolved if every cabinet secretary, every member of Congress, and every department head in the Obama administration were forced to submit to the same degrading screening process as the people who pay their salaries.” Perhaps the political elites would re-evaluate their position on the peeping and probing Toms at the TSA; perhaps they would be willing to support the Congressman’s legislation.

Paul wants the TSA and other law enforcement to be held accountable if they cross the line and that’s not only understandable, but appreciated. However, one has to wonder where was Ron Paul pushing a bill or  all these outraged people when several years ago, Black women were aggressively being stripped searched at airports by custom agents. Back in 1999 when this was at its height, we were fighting the  ‘War on Drugs’ . The overwhelming majority of Black women searched were innocent, yet they were subjected to these invasive body searches. Their cavities were probed and their bowel movements were monitored. Pundits who supported this policy were insistent it was necessary to stop the flow of drugs. ‘We had to protect America’.. Does that sound familiar?

People weren’t outraged back then if anything, many were dismissive of the concerns expressed by African-American women who were made to feel totally violated and unfairly profiled. Sadly we heard the same retorts back then as we do now toward Muslims; ‘If-they-have-nothing-to-hide-why-complain’.

There were lawsuits and alot of pressure put on airports screeners and custom agents. Eventually in 2001 Senator Richard Durbin introduced the Reasonable Search Standards Act.

Reasonable Search Standards Act – Prohibits U.S. Customs Service personnel from subjecting travelers to detention or searches based upon race, religion, gender, national origin, or sexual orientation, except when acting upon specific information that a particular traveler suspected of engaging in illegal activity is described by one or more of such characteristics.

Requires Customs Service personnel, before a pat down or intrusive non-routine search, to document reasons to support a belief that an individual may be carrying contraband in violation of Federal law. Waives such requirement with respect to anyone suspected of carrying a weapon. 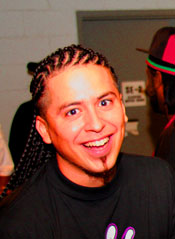 It’s a shame that many of us have short memories and selective ways in which we like to see laws enforce or who we show concern for when rights are violated. Sistas being jammed up at airports where we had dead silence and people siding with custom agents is one example. Now that we have this new war on drugs south of the border quite a few Brown folks are going through  the humiliation. The popular Bronx-Chicago based rap group Rebel Diaz on a recent Hard Knock Radio show detailed what happened when they returned to the US from Chile. They were detained searched, questioned and made to feel violated when they returned from their native Chile. What folks are complaining about now is routine procedure in some communities

For folks who live in the hood, strip searches in public are not usual. belligerent cops ‘looking for drugs and weapons’  are always jacking people up, making them drop their pants in full view of others. In cities like LA, young teens have been made to strip in front of parents. Husbands and boyfriends have been subjected to watching their spouses and girlfriends be felt up and probed by police who turned a routine traffic stop into a nightmarish search.Parents have been made to undress or be felt up by cops looking for drugs and weapons in front of their kids.

The movie CRASH depicted a scene where the character played by actor Terrence Howard had to watch his wife get felt up by police. Many thought it was just a dramatic scene for the movie, but for those who live in the hood especially in places like South Central LA, what was shown on the big screen was as real as day. It’s all too commonplace. It’s a reality and indignation that many have endured for years. Speaking out about this and detailing this is often met with disbelief or outlandish justification where folks rationalize that folks in the hood are all criminal and deserve to be searched.

LA rap star and longtime activist Mykill Miers who actually works with at risk youth inside the system noted the other night over the years he himself has been subjected to such humiliating treatment on 4 different occasions.

In New York City pat downs and invasive searches was the hall-mark of the police serving under former mayor Rudolph Giuliani. In one year alone more than 500 thousand people were stopped and searched on the streets of NY, over 70% of those stopped were Black and Brown men. We certainly could’ve used a Dignity Act type bill then..

How are police searches in the hood connected to searches and pat downs at airports? Well to start have large numbers of citizens who are being subjected to searches that they find invasive and in violation of their constitutional rights.  The overwhelming majority of those searched are obviously innocent. No weapons are found, no bombs are found, no drugs are found. Law makers insists such measures are needed to keep us safe and act as a deterrent. For the most part far too many of are willing to go along with this until they’re the ones made to drop their drawers.

Who should we be screening the thuggish looking Black guys who are Ice Cube & his crew or the Columbine shooters Eric Harris & Dylan Klebold?

As long as we have scapegoating caricatures that fits into our collective stereotypes like the Black thug, Mexican drug dealer, or a Arab terrorist, then we don’t mind the searches. In fact, as I mentioned before, we actually insist that they take place. But as soon as it things land in our direction we wanna have mass protests.

The bottom line is this, the constitution should apply to us all. If anyone has a hard time accepting that then they deserve this mistreatment they want imposed on others. It doesn’t matter how big your boobs are, how sagging your butt is or how small your ding-a-ling is. It doesn’t matter if you’re grandmother 80 years old or outstanding pillar in your community, if its ok to search Mr Muhammad, Ray Ray and Jose ‘to keep us safe’ then it’s perfectly ok to profile and search Mr and Ms Cleaver as well. After all, some of the worst terrorist this country has seen are those who are homegrown and blend in with the mainstream population. From Oklahoma City bomber Ti mothy McVeigh to American Taliban John Walker Lindh to Columbine shooters Eric Harris and Dylan Klebold to members of the Ku Klux Klan.

If this really is about protecting our 4th amendment rights, then let’s be principled. Stop all invasive searches of innocent people everywhere, both at the airport and in the hood. If this country truly stands for freedom then let’s make sure it applies to all sectors of our society. Until then as long as innocent young Black and Brown men are being humiliated and strip searched in their own neighborhoods, and we’re advocating for Muslims to be singled out and searched then one should not show an ounce of sympathy or be concerned when someone cries out about being ‘their junk being touched’ by a TSA agent at the airport.

As the loud mouth pundits like to say.. ‘If you have nothing to hide, why complain…’