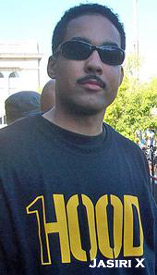 Michael Moore’s Capitalism: A Love Story is like most love stories…sometimes uplifting, passionate, funny, truthful, but ultimately heartbreaking. Moore is a master at melding all of these emotions into what is, so far, easily the movie of the year. *Warning may contain spoilers*

When I heard Michael Moore was going to premiere Capitalism: A Love Story in Pittsburgh; I thought to myself, “wow I would love to go”. But, since I had zero information about how to obtain tickets, I went back to my normal routine aka work. One of the reasons why I love my brother Paradise Gray (The Arkitech of X-Clan for those that don’t know) is that he has this New York attitude that translates into, “if it’s important I should be there and I refuse to take no for an answer.”

So we headed down to the David Lawrence Convention Center with no press passes or tickets and no idea if they would even let us in. As we approached the door Paradise said, “God got us. We will get in” and low and behold we saw our fellow One HOOD member, Mikhail Pappas, who is also an aid to State Senator James Ferlo! Mikhail took us directly into the event and showed us where they were giving out the tickets. Yep, God is Good.

After Michael Moore gave an impassioned press conference where he spoke about how he shed tears after he voted for President Obama, he proceeded to lead a health care reform march (which we really ended up leading) through downtown Pittsburgh and to the theater. We took our seats in the back and after introducing the movie Michael Moore came and sat in the row directly in front of us (very surreal).

The movie begins with security video of people robbing banks and leads right into a story of the banks robbing us. A small town family, the victim of predatory lending, having to move out of a farm that has been in their family for generations (a prevailing theme throughout the movie). There are so many WTH moments in Capitalism: A Love Story it’s hard to touch on them all, from airline pilots making so little they have to get food stamps to big companies like Walmart taking out insurance polices on their employees and collecting at the expense of the employee’s family. Moore even shows how prisons for profits resulted in two judges being jailed for receiving over 2 million dollars in kickbacks and thousands of juveniles improperly incarcerated right here in Pennsylvania!

Michael Moore may have made his best film to date with Capitalism: A Love Story

Moore is at his best when breaking down current events in a historical context and it’s no different here when he begins to ask the question, “would Jesus be a capitalist?” Hilarity ensues when Moore puts Jesus in the role of these current so call “compassionate conservatives” who seem to think it’s “godly” to deny basic rights to the poor. It also crystallizes one of Moore’s main points in the movie, that Capitalism is inherently evil, which I agree with 100%. Moore is extremely convincing showing example after example of regular every day hard working Americans being raped at the hands of the rich, and some damning internal documents directly from Citigroup’s own reports.

This isn’t just a movie it’s a rallying cry to take action. Moore wants to make us mad! And you can’t help to be pissed off when watching how the big banks used fear, money and influence to push through the $700 billion dollar bailout. Where one of the only Congressman with the balls to stand up to Wall Street and President Bush was a Congresswoman from Ohio named Marcy Kaptur. Moore also wants to wake us up to the fact that we have the power to make change, which he brilliantly parallels with never before seen footage of FDR outlining a “Second Bill of Rights” and the improbable rise and election of Barack Obama. But, even then, Moore shows how President Obama’s biggest campaign contributor was the bank that received the most financial gain from the bail out….Goldman Sachs.

Michael Moore said that Capitalism: A Love Story was the end result of his 20 years of movie making from Rodger and Me to Bowling for Columbine to Fahrenheit 911 to Sicko. This is arguably his best work and comes at a time where progressives are in desperate need of a battle call and President Obama is fighting for his political life. If we don’t take Moore up on his offer and join him in making America what it ideally is supposed to be, we will continue to be the battered wife in this abusive relationship. Capitalism..we need a divorce!
—
http://www.realtalkxpress.com/\

Capitalism: A Love Story” for the first time in front of a American audience at the Byham Theater in Pittsburgh 9/14/2009.

After 6:00 PM press conference at the AFL-CIO Convention at The David L. Lawrence Convention Center. Michael Moore led an enthusiastic crowd of union members on a march through the streets of downtown Pittsburgh on the way to the Byham Theater.

Jasiri X and Paradise Gray took the opportunity to film Jasiri X’s new video “The Only Color That Matters Is Green” during the event.

The movie is off the hook! Must see, Michael Moore has outdone himself! Speaking truth to power, he uncovers the heart breaking stories of Americans who’s homes have been forclosed and the politicians/con-men on wall street and bankers who have created the mess.

The movie also features a long buried, never before seen speech by President FDR about the direction he wanted America to take after the World War 11 that should end the debate on whether President Obama’s Health Care plan is socialism.

See first hand what has happened in Washington that caused the crash on Wall Street, The Housing crisis, The loss of jobs and the economy crash. This movie will get you fired up and can’t take no more! 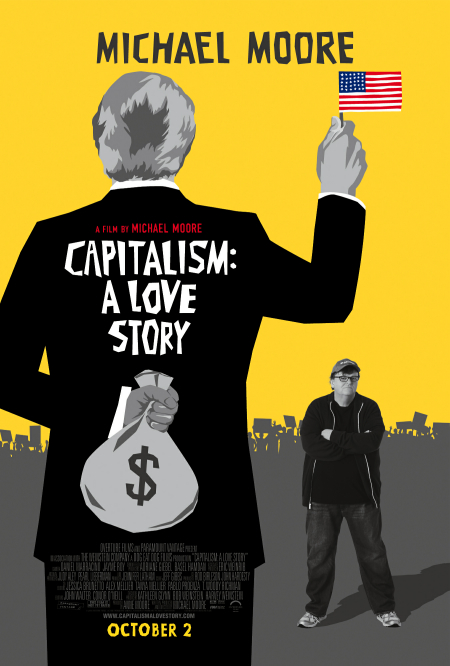