Click HERE to listen to our interview w/ Wise Intelligent

The day after Thanksgiving Friday November 26 there will be two big events that folks will not want to miss.. First we have a special screening of the movie Cointel-Pro 101.. This will be followed with a community discussion featuring Killer Priest of Wu-Tang, Wise Intelligent of Poor Roghteous Teachers, Casual of Hiero and myself.. This is taking place at Madrone Studios in SF starting at 5:30pm..

We chopped it up with Wise Intelligent of Poor Righteous Teachers about the upcoming discussion and concert..taking place Friday Nov 26.. here’s the link to our insightful conversation. Also on the show is Kamel Jacob Bell of Anhk Marketing who is the son of political prisoner Herman Bell http://www.kpfa.org/archive/id/65574

Later that night there will be an incredible concert featuring Digable Planets, Killer Priest, Wise Intelligent and Casual.. This is all going down at Club 6.. Yours Truly will be working the ones and twos 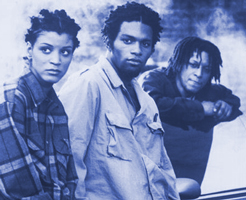 Below is our in depth interview w/ Cee Knowledge of the group Digable Planets.. Here he talks about a variety of topics including the humble origins of the group.. How Ladybug Meca wound up being a 3rd member. He talks about how the group developed its signature sound which many feel was a precursor to the Neo Soul sound that emerged years later..

Cee Knowledge talks about why the group broke up and the role label politics played in downplaying their second album ‘Blow Out Comb‘.  We conclude by speaking about the people they hope to work with as they undertake the challenges of working on new material.. Questlove from the Roots wants to be on board.. They would love to work with Shock G of Digital Underground.. Q-Tip is another one they’d like to build with especially since Digable saw the Native Tongues as huge influences..

Below is the link to our Hard Knock Radio interview w/ Cee Knowledge of Digable Planets. http://www.kpfa.org/archive/id/65522 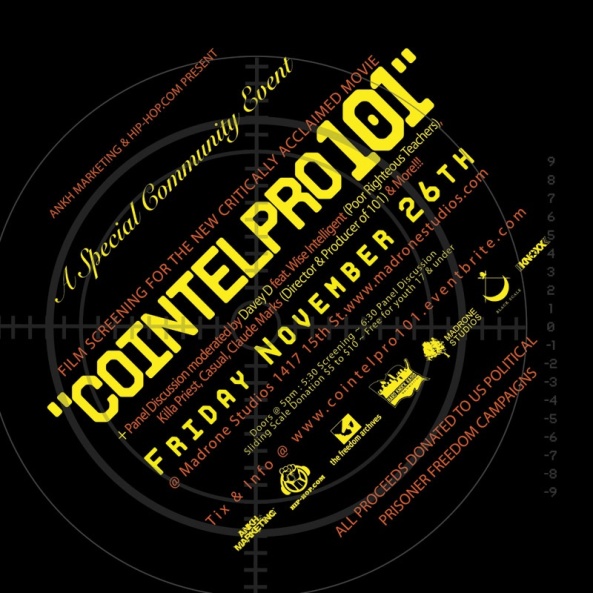 Casual of Hiero Weighs in on Museum Controversy

I also applaud the people working with the development of the new Bronx museum. I really think its important in telling the story of Hip Hop aswell. I also think that Furious Styles is a Jerk.http://p076.ezboard.com/fpoliticalpalacefrm73.showMessage?topicID=20.topic

(Casual is referring to the article we passed around earlier which is located here:

To support the exclusion of Gangsta rap from a hip hop museum is like the act of excluding the mention of African Americans in the development process of America. His erroneous assessment of “gansta music” further proves his disconnection from our society. He is like a outsider looking in. “Gangsta Music” is the opposite side of the spectrum. The Yang to our Yin. A Museum with no mention of gangsta rap will receive no merit. Not even a room?.. a wall? Gangsta rap is the fuel pushing hip hop to the front of main stream music, It has enveloped and eclipsed your traditional “Positive Hip HOP” for many reasons, the main reason being,.. The aloof attitude of the positive hip-hopper.

Positive Hip Hoppers(for lack of a better term)or should I say hip hop optimist can always point you to a time when hip hop was better, more meaningful, and artist were more positive.
But truly there was no time like this, and if there was, it didnt last long. There is no evidence that there is more gangsta rap now than there was in the 1980. (And for any hip hop historian who wants to debate this,.. We can go song for song.)But there is evidence that gangsta rap has grown into a more lucrative commerce than “Artsy Rap”.

Here is a point I would like to make. Furious Styles shares the views of most Upper Middle Class, American-College educated Black Men. This problem you have with Gangsta rap mirrors the problem you have with the lower classes of society, your own Race, even your own less accomplished family members. This is western philosophy at its best. Bottom line is-you feel you are better than the people who achieved less. Do you believe the persons singing about Murder, Guns, Drugs, Sex, Mayhem, etc,. has know place in a museum of Hip Hop History?. You want to shelter you children from this awful exposure to reality like your hiding porn. But the truth is,… N.W.A. Can save your daughters life, So Can Justice-Ice, KRS-One, Tupac, Ice Cube and even listening to Too-Short Can Help your Daughters with their street smarts. And here is a quote for Furious Styles to further expose his insensitivity to your struggles;

I understand the age old worn out statement that Gansta Hip Hop is a product of the environment, its bigger than the thugs, pimps and playas, we dont own the planes that bring drugs into our communities, the-had- a- bad up bringing, no daddy in the house, being shot, the streets, etc. etc. etc.. etc.. But the fact of the matter is that these artists are pushing stripper music into the ears of our children, they are talking about crack selling, distribution, and murder, and wonder why we have so much violence in the lives of our youth.- Furious Styles

What is your major malfunction? Do you think living with no dad helps? Or being shot? Or having a bad upbringing? Surely your dad was there, you never been shot, and you had a good upbringing, that is why you are so insensitive to others reality. Your like a inconsiderate bitch.
And SO IS THIS WHY WE HAVE SO MUCH VIOLENCE? IS GANGSTA RAP THE REASON WERE IN IRAO OR AFGANISTAN? DID GANGSTA RAP PLAY A PART IN COLOMBINE OR WAKO? GANSTA RAP SURELY DIDNT BRING DOWN THE WORLD TRADE CENTER DID IT? AND IM SURE BLACK WALL STREET AND HEZBOLLAH HAVE SOME SORT OF CONNECTION?

And whos the Judge?

Is K.R.S.-One not a Gangsta? Did he release a album called Criminal Minded? Did he tote a Uzi On the cover of “My Philosophy?” Or is he afforded a period of time to change his views that now young artist wont be allowed?
Will Ice Cube Be in your Museum? He is definitely one of the most positive Artist to Date, Yet he grew from this most awful Gangsta rap, Bitches, Hoes etc…. Shall his efforts be slighted by your Museum?
On the other Hand Tupac? was he positive or a optimist or just a Soft Thug? who’s the person to say that a particular song or artist has know purpose universally?

Go ahead and build your little “Twinkle Toes” hip hop museum and “Georgie your own wee-wee”, But the truth is, The more divisions we place, the smaller each category gets, and leaving gangsta rap out of a hip hop museum confirms your intend to lie to your children, and your successors.

P.S. All of my releases have been positive by your standard,..bet i wont be in that bitch either,… some museum.