So today Mitt Romney is coming to the Bay Area to meet w/ Meg Whitman..Y’all remember Meg? In 2010 she  ran for governor and promised to fire 40k state workers.. She’s now the CEO of HP where she is now firing 27k…This is what she does best…

Her buddy Mitt is on record saying he likes to fire people and his company Bain Capital has proven that beyond a shadow of a doubt..Ask the folks who work at Clear Channel, one of Bain’s companies..

Lastly Mitt is hanging out with Donald ‘Klansman’ Trump... What does Trump do every week? He has a TV show where he fires people..

So where’s all the job creation? Perhaps its overseas or perhaps its amongthe low wage/ minimum wage crowd 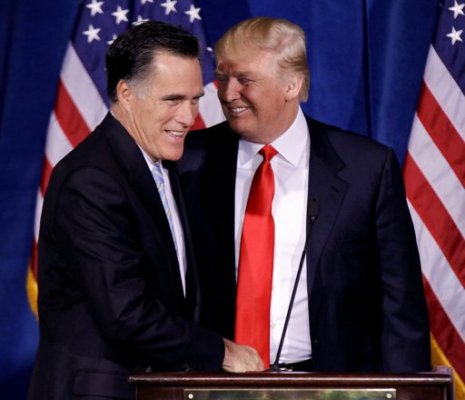 Hard Knock Radio 94.1 FM: Just had an insightful conversation with author, professor and political analyst Jelani Cobb about his recent article in the New Yorker Magazine titled: Cory Booker the Dilemma of the Black Politician..In his article Cobb focuses on the recent controversy that Booker found himself embroiled in when he defended Bain Capital, Mitt Romney’s company, while his good friend Barack Obama was dissing it..

Booker’s defense caught many by surprise, not just because he’s surrogate for Obama, but because it seemed so antithetical to what we expect from Black politicians especially one like Booker who is Mayor of Newark which is a staunch Blue Collar city.

During the 2008 election season, Barack Obama was hailed as the most visible of this new class of politicians, which included Booker; Artur Davis, a congressman from Alabama; Adrian Fenty, the mayor of Washington, D.C.; and Harold Ford, a former congressman from Tennessee. Here was a group of men—and they’re all men—who would not be found bullhorning rhymes about police brutality in front of the local precinct house.

In our discussion Cobb talks at length about the oversimplifying labels that are placed on Black politicians and voters. It’s not a one size fits all scenario.. At the same time Cobb both in his article and in our interview how politicians like Booker, Fenty and Davis lost the Black vote in second term elections when it became clear to voters that they were courting other demographics while going out of their way to shun Black constituents.

In our convo Cobb sheds light on some of the myths we have around Black voters and politicians.. We encourage folks to read the article and also listen to our interview as we go in…