Canadian born Eternia has been making a lot of noise lately. Seems like every time she hits the stage she brings high energy and leaves an indelible impression. I love this song ‘Goodbye’ which is off the album ‘At Last‘, but I think she has harder material. For example, I wish she had a video for the remake she, Jean Grae, Rah Digga, Lady of Rage and Tiye Phoenix did of the Main Source classic ‘Live at the BBQ‘. She aslo has a song where she uses the beat from theDr Dre / Snoop Dogg classic ‘Deep Cover’.  For this video Eternia writes its a tale of industry vs. art through the eyes of Eternia, wherein she learns to trust her struggle, backed by MoSS’s post-apocalyptic, end-of-the-world sonic imagery.

Say what you will about Nicki Minaj, but I love the way she flipped Biggie’s classic Warning. There’s no denying the girl can flow and her lyrics to this song are good as she gave us an insightful female perspective to this tale of grit and grime. Personally I wanna see more remakes of songs, just to hear and see the way folks flip them.. 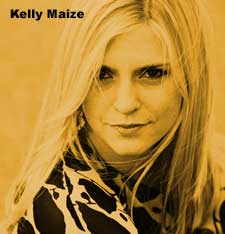 Kellee Maize is one of the best kept secrets in Pittsburgh. Not only is she a dope rapper who always pushes the envelop with politicized lyrics, she also is a local promoter. For years she’s been the force behind Nakturnal which was space where female emcees could come through and let loose. Her album Age of Feminine is dope and an underground classic. Her latest one ‘Aligned Archetype‘ has been explosive garnering over 300, 000 downloads.

The video below was inspired by Mobb Deep‘s ‘Survival of the Fittest‘. She said she always loved the group and especially this song. She wanted to experiment and see what it would be like to mimic their flow and add her own lyrical take. The cut is called ‘Revival of the Fifth Sun‘ and according to Maize was hard to do. She noted its easy to write for yourself. Its a challenge to try to go word for word with the same cadence as someone else. She would love to one day redo the song with Mobb Deep on it.. Here’s her version of this classic.

The Queen of LA Hip Hop is Medusa. She’s the one who gave birth to all these emcees. Her reign dates way back to the Good Life in the early 90s when she used to step to the mic and destroy emcees to now where she still performs to packed houses all over the world.. In this video,she’s still repping as you can see with this live version of Cali Frame taken off her last album ‘Gangsta Goddess’. She is by far one of the most underrated and talented emcees around. She was rocking mics with a band long before the many who have jumped in that lane. Salute 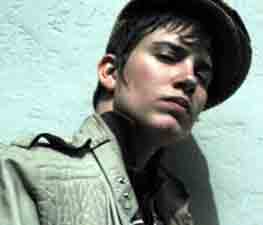 There’s not enough words to describe why Invincible is dope and such an important figure in Hip Hop for both women and the city of Detroit. This video captures the essence of who is she is-a community activist who has true love for the young people in her city. She penned this about her latest video;

After several months of anticipation, two of Detroit’s most visionary hip-hop figures, Invincible and Waajeed, are finally releasing their single, “Detroit Summer” b/w “Emergence”. The passionate two-song project is not only being put out digitally and in limited edition 7″ vinyl format but it’s also being launched with a powerful double music video as well.

This stunning visual representation of the songs was shot on-site during the historic Allied Media Conference and United States Social Forum this past June in Detroit. The video also documents the Detroit Summer Live Arts Media Project youth program, in which Invincible is heavily involved