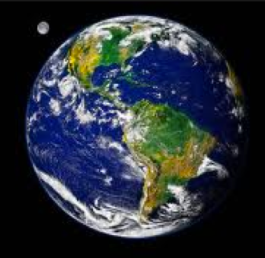 Today is Earth Day and in celebration, let’s put  a major middle finger up to Monsanto... If you don’t know about them, get familiar, this is the most gangsta of the big agribusiness companies. They have worldwide reach and their presence is felt by many in the most tyrannical ways..

First of all they patent seeds and make folks all over the world pay for those seeds to plant corn and other crops. because of wind and other types of weather Monsanto seeds oftentimes wind contaminating other people’s crops. When this happen the laws are now such that people have to pay Monsanto for the crops that grown that exhibit traces of their patented seeds. So for example, if corn is naturally white, a company  like Monsanto may have developed corn that’s yellow in their labs.. They patent the seeds so that yellow corn that doesn’t even yield seeds grow..

Now let’s say a farmer paid x amount of dollars for these patented Monsanto seeds and due to wind, rain etc, some of those seeds go onto the property of his neighbor..one might think that’s no big deal. But in reality it is.. When that neighbors crops grow and all of sudden he has corn that’s yellowish vs white, Monsanto lawyers will come a calling demanding payment ..This sort of tactic is happening globally..This is just the tip of the fight around GMOS (genetically modified foods) which is what Monsanto is all about..

It was equally shameful when President Obama went along and signed HR 933 which contained a rider dubbed the Monsanto Protection Act. This means Monsanto can not be stopped by courts for growing GMOs even if those things raise major concerns or are even dangerous…  Lots of people made excuses for Obama, saying he had to sign the bill otherwise the government would’ve been shut down.. blah blah blah.. We didn’t see him objecting too much when he signed the rider. We haven’t seen him objecting now or even supporting the efforts which included petitions with close to 500 thousand signatures..

While some tried to excuse Obama, saying his hands were tied, we see that his hands were not tied when he appointed former Monsanto executive Michael Taylor as the deputy director for the FDA.. what was his excuse for that?

Shame on Democratic Senator Barbara Mikulski of Maryland who heads the Senate Appropriations Committee and had an opportunity to hold hearings on this rider when HR 933 was put before her.. She knew about the mass outcry, but caved in to lobbyists and refused..

The Obamas, the NAACP and maybe even Sen Mikulski will probably celebrate Earth Day today thus confusing folks as to where they really stand.. let the record show they supported something that was terrible…Down with Monsanto.. Down with GMOs.. That’s a globally held perspective!..

Check out this conversation about Earth Day via League of Young Voters..