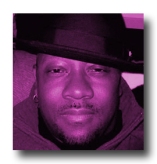 There’s still a lot of fall out from all the drama Lil Wayne caused when he penned lyrics that vulgarly compared Emmet Till to a woman’s body part. It angered many, especially those in the Civil Rights era, including singer Stevie Wonder…People spoke out, went in on Lil Wayne.. The song was pulled and in good form Lil Wayne went on to kick up more dust and make headlines by dissing the Miami Heat, the NBA and the wife of basketball star Chris Bosh who he publicly claimed to have slept with…

Recently the family of Emmet Till spoke out and sent an ‘open letter’ to Lil Wayne via Vibe Magazine …You can peep the entire letter here.. http://www.vibe.com/article/vibe-exclusive-open-letter-family-emmett-till-lil-wayne

It’s good that the Till family wrote an open letter to Lil Wayne..As they noted he was more than just a face for the Civil Rights Movement.. He was their blood..Their reaction would be one that we should expect from any family who’s loved ones were tragically lost, yet inspired a movement through that lost.. For example, if Lil Wayne had penned lyrics dissing Oscar Grant, Trayvon Martin or Hadiya Pendleton, a compelling reaction from the family would be expected..

With that being said, from all the hoopla and outrage this generated, its more than obvious Lil Wayne could care less and while its good he was publicly addressed his transgressions represent something larger..Collective ignorance.. Sadly many of our youth and I dare say adults, both old and young don’t know Emmet Till. Yeah they may have heard the name, but most hardly know the story.. They couldn’t tell you with certainty the state his murder took place in, the year, the date or the back story that led to his mom deciding to open the casket for the world to see..That to me is tragic and collectively we have to take major steps for that to change.

Overall Wayne dissing Emmet Till is a logical next step when you consider all the things we let slide in the name of free speech, artistic envelop pushing, good ole fashion ‘urban humor’ or sparking controversy as a good marketing ploy..It’s on our watch we have allowed ethnic studies programs to be eliminated in Arizona via state law.. It’s on our watch we allowed history text books to be change and rewritten where in 2013 there is a de-emphasis on Black History.. We’ve rewarded and honored individuals who push or own outlets that push buffoonery while downplaying or completely overlooking those who put in work day in and day out to elevate and inspire young minds in our community. In short we have allowed the dumbing down of our community to occur, which leads to people no longer thinking critically and in the long run packs private prisons..

The fact that his label under the leadership of LA Reid let that slide and only pulled it after being pressured was even more tragic.. If Lil Wayne had dissed one of Reid’s loved ones or any number of icons who represent influential groups with ties to the industry that record would’ve been stopped in its tracks.. For example, if Wayne had made vulgar references to Holocaust victims, folks up the chain of command within the label would shut that noise down without being asked. Why? Because the blow back would be epic with a very clear message of zero tolerance for that sort of disrespect.. In the case of  Lil Wayne or the label that distributes him, there is likely not to be any zero tolerance. He’ll be on the next BET, Soul Train Grammy Awards …Those who put him on will go unchallenged and it’ll be business as usual until the next Black history icon is dissed.. LA Reid will go about his daily routine allowing us to  experience a healthy dose of music that glorifies any number of pathologies all in the name of artistic freedom and making good ole fashion money from audiences outside the Black community who feast on the our pathologies being displayed.