Filmmaker Byron Hurt has been making noise for a minute with his thought provoking film projects including Hip Hop Beyond Beats and Rhymes and Barack & Curtis: Manhood, Power, & Respect… Both gave us keen insight into Black manhood… His latest film Soul food Junkies is a gem among gems as he explores the relationship between him and his late father and our collective love affair with food. It’s insightful and touching documentary that’ll give you serious food for thought (no pun intended)..

Recently Byron came to the Bay Area to do a special screening of his flick.. We sat down and chopped it up.. Here’s our interview that recently aired on Free Speech TV 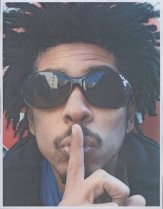 Last year, a close friend asked me “Why is Saafir in a wheelchair?” and with a sigh, all I could muster was “It’s complicated” because it really is. Months later, he asked me a 3rd time, so I shot him this email below:

Saafir’s sitch is the gradual result of a series of events..

Survived TWA plane crash at JFK scheduled for Frisco. Engine blew during take-off, skidded-out sidewayz off the runway, came to a stop, and after a few seconds, burst into flames:

Saafir was the first one off, but he jumped before the slide fully inflated and wound up jolting his lower back as his feet hit the ground beneath the thin material. It was a Boeing DC-10, so it was hella high-up (..like jumping from a 3rd floor apt balcony).

Afterwards he refused hospital assistance (“I’m aight”) ..in a hurry ta catch the next plane back to the bay. 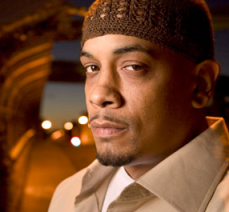 At a d.u. photo shoot in Jack London Square (oakland) for Rappages mag, showing-out for the writer & photographer, he jumped onto the metal steps of a moving train that was goin faster than he anticipated. So when he jumped back off 2 blocks further, he hit the street with a snap, causing him to run violently faster than humanly possible for the first few steps to keep from scrubbing on camera, ha. He pulled it off, but it looked craaazy, and for the rest of that day he kept holdin his lower back and whispering “Damn, I think I fucked my back off again blood”.

He popped hella ecstasy without drinking the required water to protect the spine from dehydration.

While on Up in Smoke Tour w/Xzibit, horseplayin around backstage he hurt it again while kickboxin wit da homies. He could barely stand up from the pain. So Nzazi Muhammed (Digital Underground’s fitness & witch doctor) came & met him backstage, gave’m acupuncture & some massage therapy which immediately got him movin around again. This became one of Saafir’s classic stories, how Z made him lay on the concrete and had him screamin in pain right in front of Dr.Dre, Ras Kass and everyone while he worked on him, and how he jumped up afterwards in disbelief, and with a huge teary-eyed smile told Z, “Damn blood, u really fixed my back!! For the first time in 5-years the pain is gone!! Wow man, thanku man, thanku!!!” 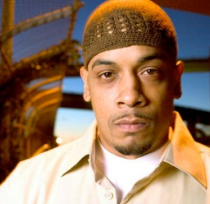 Does two more Up in Smoke tours w/Xibit.

His first spinal operation for “cartilage deterioration” and “nerve damage” on a few specific vertebrae. Afterwards, against doctors’ advice to “take it easy and stay off your feet while you heal”, he continued to do shows & hustle in the street.

Music biz real slow, so to pay his rent he starts grindin his prescription back-pain meds (oxys & roxys, high $treet demand) while he breathes thru the pain “like a soldier”.

Meanwhile, in addition to back pain, his right leg gradually begins to go numb from the toes upward, until he has to walk (and perform) with a cane:

Numbness reaches his knee on right leg, left leg first signs of numbness in the foot. After several doc visits & diagnosis’s, still no solid explanation or solution. “Scar tissue around his lower spine is swelling and pressing against the nerves that control the legs” is the general assessment. 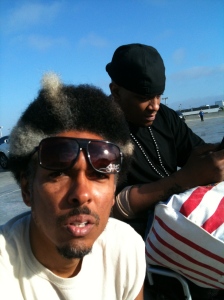 Can’t walk at all on his own anymore, begins using a wheelchair. Loses his own place, and hasta move in with an ex-gf who he doesn’t get along with but was the only place he could go. They barely get along, the scene is usually tense. Meanwhile, his X & molly abuse continues, and without ever drinking water (their nightly ritual is to x-out before they fuck and crash-out). He continues to ride-out the pain (“Blood, I’ma soldier”) while flippin his pain meds for cash.

Also worth a mention, and since ever, Saafir is a sugar junkie (skittles & soda), only eats junk food, and has been chaining Newports since the early 90s. He recently told me he hasn’t eaten a vegetable in over 10 years, and most of his meals come from either the Arco Mini-market, 7-Eleven, or the Wendy’s nearby their deep-east oakland apartment.

He reveals to Money-B his sitch, which spreads thru the crew & shocks all of us. None of us had any idea, and we’re all hurt & pissed that he waited this long before he told anybody.

I go visit him, our first in-person meeting in over 10-years. His apartment is small, dark, cluttered & filthy. Cig butts fill every ashtray, empty soda bottles & fast-food cups everywhere. When our eyes met, it took all my strength to push down the urge to cry, and we met w/big smiles & hugs. But later when I was alone, I had ta pull the car over and dump tears for 10-minutes straight.

By now paralyzation had reached his hips, no feeling in either leg, can’t wiggle a toe or flex any leg muscles. It took us 2-hours to dress him and get him into the car, and then another 2 to get him situated in bed after our food & pharmacist run.

After the visit, I jump onboard full throttle in search of anyone who can help, any medical solution.. 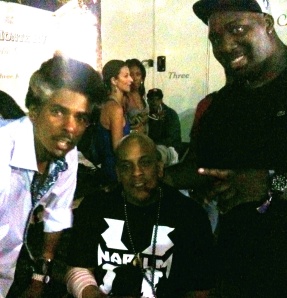 We zero in on the Laser Spine Institution in Scottsdale Arizona who propose a procedure with a 90% success rate. After reviewing his med records, requesting several new MRIs, and a slew of financial form clearances, they accept his case. We negotiate the appointment for late May, and began the surgery-prep processes at home.

I fly out with him as caretaker.

On day 2 of the 7-day process, after many tests, they apologetically announce they can’t help his situation. “Our type of procedure can’t treat his type of injury” was their only explanation, “We’re extremely sorry you traveled this far..” and they reimbursed us 15k of the 20 we spent to make it happen.

Saafir returned to his gloomy home situation in oakland devastated, exhausted & defeated. All of our hope was in that trip to AZ.

Still searching for a doctor or a procedure that can help.

Still got them roxys fo’ya!