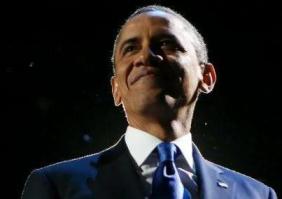 Obama got a game plan about this gun control stuff

Watching this pimp game go down this morning.. Here’s how it work.. President Obama comes out this morning while folks are still in mourning about the Newtown school shooting and gives a speech. He says he’s gonna get tough on guns and he’s gonna have Vice President Joe Biden who wrote anti-crime bill lead the charge…

The NRA hears this and says ‘Oh hell to tha no‘ and go into their coffers and start dropping millions on every law-maker they can reach.. So in short the Senators are getting a big phat lobbying Christmas Bonus..

Next up to get paid are gun sellers who are bracing themselves. They know that after this speech, there are millions of fearful, bigoted folks who will view our hawkish president who actually has been supportive of gun owners, as someone who is gonna snatch all their guns.. So now everyone is rushing off to the store to buy up as much as they can before January when Obama starts pushing his ‘new gun proposal’. They about to get paid. I should start selling guns, I could make big time money after this speech..

Come January,  Obama will issue a proposal and a whole lot of compromises will come.. When it comes to Obama, mandate or not, he’s a compromiser..End result, gun shows, NRA folks will be left untouched. They will be deemed ‘responsible‘ gun owners.. The only thing the NRA will compromise on is more stringent back ground checks. Next there will be a push to bring about hefty mandatory sentences for anyone who is unlicensed holding a gun. The War on Drugs will morph into the War on Guns….This in turn will lead to more stop and frisk type tactics being used all over to get rid of guns. Police will say they need domestic drones to help with surveillance in these efforts.. The inner city will be targeted even though mass shootings are happening in the burbs.. Our private prisons will be filled.. and they will get paid.. That’s my story and I’m sticking to it..