Dear Media Outlets like NBC News, TODAY,  msnbc, CNN, CBS and ABC.com and all others.. I been watching your coverage of Sandy Hook school shootings…

Thank you for spending time letting us know that the killer of these 20 children, Adam Lanza was an ‘intelligent’, ‘gifted’  but at times nervous and fidgety. Thanks for letting us know that this man who little boys and girls between the ages 6 and 7 was a troubled man who suffered from mental challenges..Thank you for letting us how life was difficult and often ‘painful’ and somewhat traumatic for him when his parents divorced. It was good to know that Adam went through life awkwardly, and at times would become reclusive. 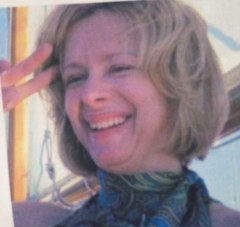 Thank you for letting us know that Adam’s mother Nancy Lanza wasn’t some irresponsible monsterous person, but instead we now know thanks to your investigative coverage that she was fearful our government would collapse. Thanks to your excellent coverage, we now know that Ms Lanza was like those people we see depicted on reality TV shows like Doomsday Preppers…she was frightened and hence went around and stockpiled weapons even though she had a troubled son living with her.. Thanks for letting us know she wasn’t an evil woman, but a nice mom who didn’t want to leave her son alone and that she was trying her best to love her kids with little help..

Thank you for showing churches lighting candles in her name and thank you for showing folks in the community that say they pray and care for the souls of Nancy and her son. Thank you for not demonizing them, but instead praising them as folks who are forgiving and deeply compassionate even in the such horrific times

Thank You in advance for not looking at poor single mothers who tried to raise their sons or daughters who went down the wrong path as somehow negligent, but instead, hard working and generous just like Nancy Lanza.

Thanks in advance for not lambasting our community that shows love for its own troubled members who make mistakes. And thanks for seeing our community as also deeply compassionate vs being a wrong headed enablers who need to be punished in the face of horrific tragedies.

Next time there’s a call for gang injunctions, stiffer prison sentences etc, thank you in advance for bringing on experts to discuss the mindset of young folks at risk and what steps we can take to turn them around.. Thanks in advance for humanizing folks who are having difficult times in our communities the same way you did the Adam Lanza, his mom Nancy and the rest of his family..Imagine if Oscar Grant and Trayvon Martin and their families had gotten such wonderful coverage?