Not a good week for sisters… First we have Rollingstone Magazine releasing their much ballyhooed 50 Greatest Hip Hop Songs of all times. They assembled a panel of 33 artists taste makers, label executives etc.. As they scoured through over 30 years of recorded material, Rollingstone and their panel could only come up with 3 female artists who put out songs worthy of being on their Top 50 list  Missy Elliott who was 38, Lauryn Hill (45), Salt-n-Pepa (46)…So sisters were told don’t trip after all,  who cares about a damn rap chart?  There are bigger fish to fry..

Perhaps that bigger fish was tennis star Caroline Wozniacki who has been accused of doing a ‘racist’ impersonation of fellow tennis player Serena Williams. During an exhibition match in Brazil against Maria Sharapova,Wozniacki stuffed her bra and shorts to replicate the body of the curvaceous Serena. She then strutted around the court like a peacock and drew laughter from the crowd and other tennis players.. As this story was being reported it was pointed out this wasn’t the first time tennis players have stuffed towels into their under garments to make fun of Serena.

Supposedly Serena is friends with Wozniacki and things are all good.. The news reports say Serena laughs at these sorts of jokes.. And so once again Black women were told they shouldn’t trip, after all this was’ just harmless fun’.. In one of the reports I saw today, it was explained that since was done in Brazil, people there take racism differently and making fun of bodacious bodies is not racists..

One has got to wonder if those apologizing for Wozniacki would’ve been cool if she did the Crip Walk.. Remember how the tennis world and sports writers came down on Serena for doing the popular ‘Crip Walk’ dance?  They came down on her even though it was done in another country not plagued by Bloods and Crips, and even though we know Serena is not in a gang.  Folks were screaming for her head, talking about how she was out-of-pocket and suggesting she was setting a bad example for the kids.. But I guess the kids are getting a good example with Wozniacki..But like they said it was a joke. Fox News reporters writes about why its a joke.. U can read it HERE

Ok I get it.everyone should lighten up, there are bigger fish to fry.
http://www.youtube.com/watch?feature=player_embedded&v=onBivko4gaw 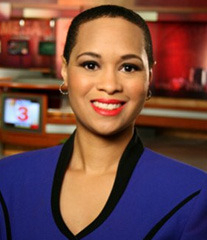 I wonder if everyone thinks this next story is big enough fish to fried. It involves a Black woman named Rhonda Lee  who was a reporter for ABC affiliate  KTBS in Shreveport, La. What happened to her was a viewer identified as Emmitt Vascocu took issue with her natural, short afro hair style and posted up a nasty comment on the station Facebook page for all to see. This viewer said that Ms Lee should wear a wig or grow some hair.

His exact words were as follows:

“the black lady that does the news is a very nice lady.the only thing is she needs to wear a wig or grow some more hair. im not sure if she is a cancer patient. but still it’s not something myself that i think looks good on tv. what about letting someone a male have waist long hair do the news.what about that (cq).”

“Hello Emmitt–I am the ‘black lady’ to which you are referring. I’m sorry you don’t like my ethnic hair. And no I don’t have cancer. I’m a non-smoking, 5’3, 121 lbs, 25 mile a week running, 37.5 year old woman, and I’m in perfectly healthy physical condition.

“I am very proud of my African-American ancestry which includes my hair. For your edification: traditionally our hair doesn’t grow downward. It grows upward. Many Black women use strong straightening agents in order to achieve a more European grade of hair and that is their choice. However in my case I don’t find it necessary. I’m very proud of who I am and the standard of beauty I display. Women come in all shapes, sizes, nationalities, and levels of beauty. Showing little girls that being comfortable in the skin and HAIR God gave me is my contribution to society. Little girls (and boys for that matter) need to see that what you look like isn’t a reason to not achieve their goals.

“Conforming to one standard isn’t what being American is about and I hope you can embrace that.

“Thank you for your comment and have a great weekend and thank for watching.”

Vascuco responded by saying Lee has a right to be proud of who she is, but this world has standards and if you come from a world of being poor, you will dress in rags.. Those remarks sat for 6 days before Lee was by her news director and station’s general manager and told she was being fired for violating station policy. When it was pointed out that there was no written policy setting out guidelines on how one shouldn’t respond via social media and viewer comments, it fell on deaf ears.

It was only after this story started making its rounds that KTBS general manager George Sirven issued a memo for the media to look at..A copy of the memo was also been posted on KTBS’ Facebook page. It reads:

When we see complaints from viewers, it’s best not to respond at all. Responding to these complaints is a very sensitive situation and sometimes our off-the-cuff response will be the wrong response … if you choose to respond to these complaints, there is only one proper response: provide them with [redacted]‘s contact information, and tell them that he would be glad to speak with them about their concerns. Once again, this is the only proper response.

Lee had put up with racial insensitivity for a minute, noting that job she  one that been part of a good ole boy network in her neck of the woods and there are some who are not too comfortable with that. In any case the take away from this incident is that Black women need to keep quiet stop complaining.. In this case Rhonda lee came across a situation that was arguably a ‘bigger fish to fry’.. But once she got to frying it, she was told it was the wrong way..

People are signing petitions at change.org and calling General Manager George Sirven 318-861-5813. I hope to be in touch soon. –Met. Rhonda Lee 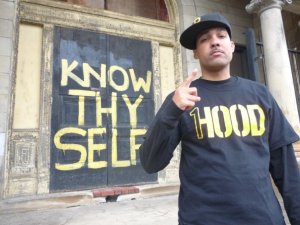 At this point, even his fans know that rapper Rick Ross is far from the image he manufactures for his songs and videos. Slate Magazine even went as far to label the success of Rick Ross, in the face of his correction officer past, as the end of street credibility being necessary to Hip-Hop fans. So the news that Rick Ross canceled his tour due to threats from Gangster Disciples, posted online, shouldn’t come as a shock to anyone.

In fact, The Real Rick Ross, who lost his lawsuit against the rapper for using his name and image, was recently granted an appeal and has a trial date set for January.  According to The Real Rick Ross, the rapper Rick Ross, “doesn’t have the right people around him to explain the streets.” Freeway Rick Ross told AllHipHop.com. “You need to say that it wasn’t intentional or nothing like that. It’s ok to apologize and make things right with a real agreement out of respect.”

But what about the Gangster Disciples? Hakim Green, formerly of the rap group Channel Live, made a excellent point about the Gangster Disciples unity against Rick Ross, “How, just how, is it that gang members can unite and organize against fat ass Rick Ross, but can’t, won’t, don’t organize against police brutality, unemployment, drugs in the hood, poverty, racism, abuse or anything that would actually make a difference in our communities?”

Want to know what Real Gangstas are doing?

Claiming to ‘Fix’ the Debt, but really pushing for more tax breaks so their corporations, at the expense of taxpayers, can make billions

Pushing through “Right to Work” laws so their corporations, at the expense of unions, can make billions

Using “slave” labor so their corporations, at the expense of prisoners, can make billions

Here’s a video laying out who the Real Gangstas are here that we need to be concerned with..