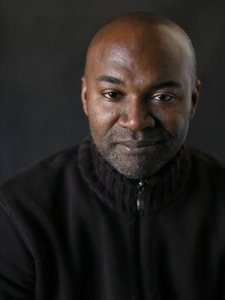 We recently sat down with longtime music critic and author Nelson George to talk about his new movie Brooklyn Boheme.This is a film that focuses on what many deemed a major Black Artist renaissance in the Fort Greene section of Brooklyn during the late 80s and throughout the 90s and on into the early part of the millennium.

During our interview, not only did we talk about the movie, but we had an engaging exchange on the state of Hip Hop and Black music in general… To this day one of the dopest books I’ve ever read is Death of Rhythm and Blues and so we definitely built on some of the points he raised there…  Enjoy the convo which recently aired on Free Speech TV

One of the most intriguing and insightful individuals we ever sat down with is former Gang Intelligence Coordinator for the Utah police department, Sgt Ron Stallworth. Currently teaching, he is considered in law enforcement circles to be the foremost expert on what many have dubbed gangsta rap.

Yes, we know over the years there’s been a lot of attention given to ‘Hip Hop cops’ like Derrick Parker and the huge dossiers he and others had amassed on rappers, but Stallworth is the original. He’s penned several books on the gangsta rap, which up until recently were only available for law enforcement. Each one of the 4 books I have easily surpass the information and scholarship that we would see with current Hip Hop books on the market.

Stallworth explained that as a peace officer, writing and paying attention to detail is an important part of the job. Overlooking details and cutting corners could be the difference between life and death in the field, hence, his writings and books were and do reflect that..

Stallworth in his writings  attacked the subject of gangsta rap and Hip Hop  with a couple of thoughts in mind. First, he felt it was crucial to connect the historical dots. He was well aware that Hip Hop and Gangsta Rap did not occur in a political or social vacuum. He’s quite clear in noting that Black music expression is connected to struggle and key movements. he details these movements in his writings and explains how and why they are connected  Hip Hop.

Stallworth covers everything from the Black Panthers to the Black Liberation Army, to the Nation of Islam to the Five Percenters to the Black Arts Movement and that’s just the tip of the iceberg. These details aren’t so much a rap sheet where he starts identifying particular folks. Instead he details such facets like the way the oral traditions are similar and contrasted with key orators in the Panthers vs popular gangsta rappers of the early 90s.  He in great detail, explains how the agendas and ideology of past  political and social movements manifest themselves in so-called gangsta rap.

Stallworth wanted to make sure those reading his work would have a better understanding who were was saying what and how it really matched up in real life. Stallworth would spend hours listening to artists, transcribing their lyrics and cross referencing their words with real life.  He noted that surprisingly lots of artists would literally brag about their exploits, gang affiliations etc.. he noted that many more were telling tall tales or being mouth pieces for neighborhood shot callers. Over the years Stallworth got good at knowing who was real and who was fake. He also got good at breaking down the lingo, double speak and street codes which unearth lots of information and insight.

In our round table interview we cover a lot of this.. But that’s only the beginning of Stallworth’s claim to fame. prior to getting into studying gangsta rap, Stallworth had infiltrated the Ku Klux Klan.It wasn’t just any KKK chapter. It was one that was stationed in the military bases in Colorado where they were actively recruiting. Stallworth as a brown skin Black man managed to not only infiltrate the chapter, but was offered an opportunity to be chapter leader. Yes, you read that right, its something out of a Dave Chappelle skit, 20 years before Chappelle showed up on the scene..  Stallworth carries a signed membership card from Klan leader David Duke who had no idea that he had been infiltrated..

We start off our round table discussion by talking about Stallworth investigation of the KKK and talk about the current rise of hate groups. During our discussion, he explained that he was going back to Colorado to speak to officers and fill in some key gaps of what he calls the ‘Lost Chapters‘. Stallworth explains that his boss at the time wanted the files on that case to be destroyed. Stallworth kept them and has no regrets considering the significance.

Enjoy this interview w/ Ron that recently aired on Free Speech Tv.. He gives us a lot of game to soak up..

The other day we sat down with two scholar activists, Mark Gonzales and Professor Samy Alim to talk about the lecture/performance series they are doing at Standford University called Occupy the Art..

The discussion we had covered a wide range of issues including the Trayvon Martin situation, the prison industrial complex and the recent 2pac Hologram revealed at the Coachella Music Festival..Both gentlemen offered up keen insights and gave us lots to grow on…Enjoy the roundtable