Loving this new song from Jasiri X out of Pittsburgh, Invincible of Detroit and Grammy award winner and former political candidate Rhymefest .

In a recent interview with Rhymefest, he explained talked about a conversation he had with a Congressman who is a good friend of his.. This particular congressman noted that in order to sit on certain committees and caucuses he has to raise upwards to 500k per year. In order to run for election he is having to get at minimum 600k.. He told Rhymefest in order for him to get tat money in short periods of time, he has to rely upon on corporations.

By the time the dust settles, he said he has very little policy votes or bills to push on behalf of his constituents. He is essentially beholden to those big corporations.Rhymefest went on to add that the challenge before most folks who vote is not so much voting, but leveraging the vote.. He said its time for folks to move this political game to another level and change the balance of power.

Another song to peep is Face the Vote.. FTV is an incredible song that addresses the issue of voter suppression… It’s part of a very large community reaction to the Voter Suppression (Voter ID) bill. The concept behind FTV is simple. The Twin Cities Hip Hop community has decided to put a face on the voters affected by the suppression bill. So with artist from all walks and backgrounds FTV formed and sprang into action.

We recently sat down with Toki Wright of the Rhymesayers collective and Nick Muhammad who was one of the main driving forces behind this project. They explained it was important to protect the voting process. Toki noted that Minnesota for years has had one of the strongest and most progressive voting process.

In 2008, record numbers of people came out. Percentage wise it was among the highest in the nation. The new attempts to pass restrictive voting laws is designed to turn back that tide of voters. He also noted that proponents state its to guard against election fraud, but in the past few years only 3-4 cases of fraud have turned up.. 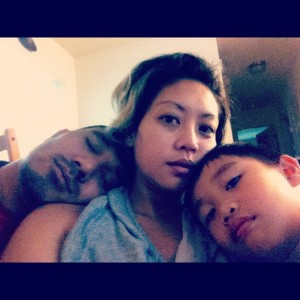 The last joint to check out is one from Bambu and Rocky Rivera called Rent Money..Definitely feeling the theme of this song which talks about poverty and the types of steps all of us will have to take to once and for all dead a situation where one out of seven are living below the poverty line..The song is especially on point when you consider both Presidential candidates Mitt Romney and Barack Obama have focused on the Middle Class and have avoided talking about poverty.. props to Bam and Rocky for the jam.

Below is the full interview where we talked about the 2012 election and what it means to the Hip Hop generation.. Our guest included author Bakari Kitwana, Ohio organizer Angela Woodson, Shamako Noble and Prof Tina Bell Wright of Hip Hop Congress, Rappers Rhymefest from Chicago and  Toki Wright of the Rhymesayers and Nick Muhammad of Face The Vote out of Minneapolis..  Click the link below