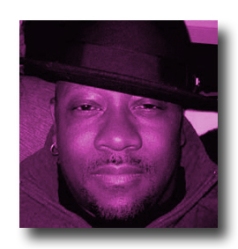 The news of Rodney King being found dead in his swimming pool Sunday morning came as a shock. The man who became the face of the ’92 LA Uprisings was seen damn near everywhere over the past couple of months as many of us looked back at what progress we made or didn’t make on the 20th anniversary of LA exploding in the wake of 4 LA officers shown on film beating King being acquitted.

King seemed like a man who had turned a corner after years of a troubled past. He seemed like a man on a mission. Since early April of this year, we saw him doing interview after interview from coast to coast. In some he was seen and heard promoting his new book  ‘The Riot Within: My Journey from Rebellion to Redemption ‘. In others he was discussing his prominent role in the MTV/VH1 documentary  Uprising: Hip Hop and the LA Riots. In still others he was weighing in on the recent slaying of Trayvon Martin and how that was impacting race relations in comparison to what he went through.

King appeared on national news shows, syndicated radio shows and local outlets..For the most part he seemed upbeat and centered. He seemed focus and on his way to doing some big things… It was good to see him in good spirits moving onward and upwards. Many like myself were rooting for him.. We wanted Rodney King to win.

We wanted King to win, because the system that he wound up challenging failed him and it failed us miserably on so many levels. It’s hard for people of younger generations to really understand what it meant when we saw the horrific footage of King being brutally beaten LA police officers after a traffic stop in ’91.

Despite its unsettling nature and the anger it conjured up, the video gave us all a sense of hope. At long last all those stories Black and Brown folks told of over the top police brutality which were routinely dismissed, said to be outright lies & exaggerations or somehow justifiable police actions was finally caught on tape. The whole world got to see the truth before their eyes. We felt vindicated and we knew those cops were gonna pay.

Rodney King and that tape of his beating had many of us buying into the belief that justice would be served. Those responsible would be punished and substantial changes would come within LAPD and police departments all over the country. On April 29 1992, the acquittal of those 4 officers moved Rodney King from a symbol of Hope to a symbol Naivety. Sadly he underscored that naivety when he stood before the world as LA was being burned down by folks angered by the verdict and asked in a halting voice.. Can We Get Along?

Him asking that famous question had many of us concluding that we can’t trust the system nor could we trust Rodney King to toe the line for the people when we needed it most… It disappointed and angered us  that King still was believing in the justice system when were all given a clear message it would not ever work for us.. It certainly didn’t work for him..

For those of us who lived in LA or the West Coast in general, seemingly not a year went by that we didn’t hear a news report about King getting arrested for driving drunk, crashing his car or getting shot at.. Many around the country became got wind of how deeply troubled King was when he showed up on a couple of reality TV shows including; Celebrity Rehab with Dr. Drew. At first the incidents left us shaking our heads asking how could King be messing up after all he been through?  As we matured, we began to see King as a man who needed help.

Those who knew him, they say  Rodney King never truly got over the beating. He always seemed ill at ease as if he was in search of  something like he was under duress.  I recall the first time I met King. It was at a movie premier in Oakland.. I was struck at how large of man he was. At the time he was jovial and had a bright smile, but he seemed haunted. One can only wonder how much help he really got in the aftermath of that beatings.

In recent years I began to wonder if all the widespread media coverage of his transgressions was simply par for the course or payback for King exposing how sadistic LAPD could be.. At times it seems like the message being sent to the world at large with the highlighting of King’s brushes with the law was; he deserved that vicious beating. He’s a constant screw up and LAPD and the police in general did nothing wrong.

Last month 17-year-old Alan Bluford, 2 weeks from graduation, was killed by Oakland police who claimed he shot them. Investigation showed the police officer shot himself and lied. He’s still on the force with pay..This exemplifies the type of progress made since Rodney King

20 years after Rodney King we haven’t seen a whole lot of improvement with the police.  Since the King beating we’ve seen numerous video tapes of police beatings and even killings with no punishment at all.. The one exception might be the cops recently sent to jail for murdering two men on the Danzinger Bridge in New Orleans during the Katrina floods, but nowhere else.. and even then alot of that was the result of some serious investigative reporting by white journalist who would not let the coverup around that case go.

Everywhere else things have been ramped up.. Police killing Black & Brown people under questionable circumstances are all too common from Amadou Diallo to Sean Bell to Kenneth Walker, Nathaniel Sanders, Danroy “D.J.” Henry, Anette Garcia, Daniel Rocha to Oscar Grant.  More recently we’ve had the slaying of Rekia Boyd,  NFL star David Turner, Kenneth Chamberlain, Kendrac McDade and Alan Bluford to name a few, at the hands of police.. There’s a long list of names with little or no improvement within America’s police departments or her justice system in terms of prosecuting and bringing out of control cops to justice.

Even, in Los Angeles the place where Rodney King’s beating was supposed to spark improvement within LAPD we see that police killing civilians is up a whopping 70%. There was the revelation of a group of rogue LA cops recently suspended called the Jump Out Boys.. This is all on top of LA’s Rampart Scandal which was one of the largest police corruption cases in the country, leading to the disbanding of the departments CRASH Unit.

One would think after the King beating we would’ve witnessed a sea change of improvements within the police departments. sadly what we’ve seen is fast track to enhanced, new and improved forms brutality and harassment. Since the killing of Trayvon Martin we’ve had over 30 Black people alone killed by police. That speaks volumes.

Rodney King started off being a symbol of hope for better days to come.. In his death which ironically came on the same day we saw massive silent marches in New York City to protest their outlandish Stop-and Frisk program, King came to symbolize that even when atrocities by the police are committed in plain view for all to see there will be no justice.. As a fitting reminder to this assertion, yesterday’s large peaceful march ended with violent arrests. NYPD used the tactic of intimidation and force to break up the large groups of protestors.

Hopefully Rodney King is at peace for real..As for the rest of us the struggle continues in a very real way.. King should be reminder the systems of oppression never sleep and never forgets.