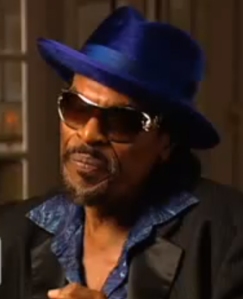 Losing 2 icons back to back is never expected and definitely not easy especially when you reflect and realize just how much their music was a part of your life…  Chuck Brown the Godfather of GoGo and Donna Summers the Queen of Disco are iconic not just because they came to personify their respective genres of music, but also because they transcended those labels and in many ways came to embody the sentiments, hopes and desires of a people..

Listen to our Chuck Brown Mix

As I mentioned in an earlier post Chuck Brown in addition to being an innovator was also key architect and influence in the music landscape of Hip Hop. I don’t feel he gets enough proper credit for that..

Yes, its true many are quick to point out landmark cuts like;  Bustin Loose (1978) and  We Need Money (1984) as proof that Chuck and the GoGo sound had a home within Hip Hop. But we also have to acknowledge the contributions he made outside of GoGo.. Chuck and his band the Soul Searchers were early staples  with songs like; the politically laced  We The People  (1972),  the dance floor packing Blow the Whistle and the heavily sampled Ashley’s Roachclip . Those cuts were right up there with other popular B-Boy anthems like Apache, It’s Just begun and Give It Up or Turn It Loose.

It’s interesting to note that every year when the Universal Zulu Nation holds their annual gathering in November, they honor the big three seminal pioneering figures, Kool Herc, Afrika Bambaataa and Grandmaster Flash. Alongside them they pay tribute to the funk and soul architects who proceeded them, James Brown, George Clinton and Sly Stone. I suspect this year the circle will expand to include Chuck Brown..How could it not?

What we should all note are Chuck Brown’s humble beginnings. He didn’t start out in music..For a long time he was a boxer and then a brick layer. He loved music in particular blues, jazz and swing, but he didn’t learn to play guitar until he did a stint in prison. Not only did he learn how to play behind bars but it there he actually made his first guitar.

Brown talked about how prison was a place where many sharp minds could be found and how it was important to apply yourself and rise above the limitations of those walls, even as oftentimes appeared to be hapless.. On a side note Brown served time with another famous Washingtonian who he counseled and would later  blaze trails in the world of radio-Petey Greene.

Brown after getting out worked for a bit, but eventually decided to focus all his attention on music..In the early 60s he hooked up with Jerry Butler and The Earls of Rhythm to play guitar. Later he joined Los Latinos. He said it was there that he developed some of the rhythms he would later use in GoGo. 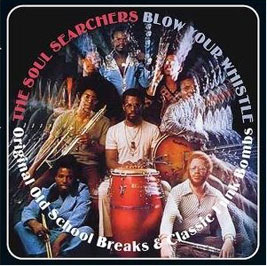 Eventually he branched out and formed the Soul Searchers in 1966.. He initially was going to simply call himself the ‘Soulsearcher’, (spelling it as one word), but he didn’t wanna appear too egotistical and hence gave the name to his band members. Brown noted that he was on a quest to find musicians who had soul.

Brown noted that back in his early music days Washington DC was all about Top 40. In order to make it as band you were expected to play whatever was happening on the radio. Brown said he got good at duplicating everyone from James Brown to Sly Stone. Because he loved swing and blues, Brown would also replay popular songs falling into those genres and while he did have lots of ideas musically, they were hard to introduce. If it wasn’t on the radio it wasn’t happening was the rule of thumb.

In terms of how GoGo started, Chuck Brown explained that when their bands were playing at local venues, they were locked into the top 40 format which presented a few challenges. Among them was short attention span.  He recounted how there were too many instances where the crowd would be hyped and frenzied and the energy would die after a song ended and the audience would used the beak in the music to go get a drink or go to the bathroom.  Chuck and his band would have to start all over again getting the crowd hyped.

What  he did to keep the energy going, was not stop playing. They would start rocking a percussion breakdown and then lead chants, do call and response, neighborhood shout outs or rhyme over them. Brown noted how these segue ways soon became more popular than the songs, especially since it more accurately reflected the feeling of the audience and allowed them to actually join in. This participatory aspect caught on in a big way and the rest they say is history.

What Brown was doing wasn’t too much different from what was happening up further North in NYC around the same time where early emcees would rap endlessly over percussion break downs of popular songs that were kept going by the early deejays. The key in both places was to keep the energy up and never stopped. It was all about the drum, one played by a band in DC and the other spun by a deejay. in NY call and response and as Chuck described it, feeding off the energy, respecting and most importantly, communicating with the crowd is what took it over the top. Chuck Brown and the GoGo sound he was Godfather to, gave voice to a young, marginalized and oftentimes discarded population of in DC they way Hip Hop did for similar population in NY.. The difference was is GoGo is something you have to actually experience, while there are some great records, they pale in comparison to when you saw and felt the energy of a live show..

To learn more about Chuck Brown I would encourage folks to peep out :