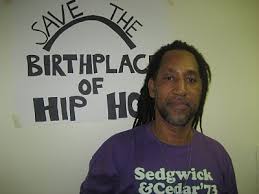 On March 3rd, I was invited to speak at an intimate panel at Seattle University called “How Can Hip Hop Save the World?” The gathering, brought together by SU’s Mary Pauline Diaz, featured Mako Fitts, Ready C from my crew Alpha P, and myself, as well as about 10 student participants. I didn’t know what to expect, but I was inspired by the topic, ensuing conversation, and current events to write this article up.

Before addressing how Hip Hop can save the world, you first have to determine whether it can, and what “Hip Hop” means to begin with. Now although we could debate cultural memory, nommo, and collective experience all day, the truth is that the only thing that brings most of us together under the umbrella of “Hip Hop” is that we, as artists, engage in the artistic practices deemed by Afrika Bambaataa to be the elements of Hip Hop: bboy/girling, emceeing, graffiti, Djing, beat-making, etc. Of course cultural production in Hip Hop is not just limited to that, it also includes secondary extensions of this. For example, independent media/websites/shows such as Seaspot, Flava News, Coolout Network, Untappedmuzik, All Power to the Positive, Seattle Hip Hop Street Fights, Street Sounds, Boombox FM, She Ready Radio, and Zulu Radio are included here as well as bloggers like those at Raindrophustla, Chul Gugich from 206up, Hugh from Blogsiswatching.com, and Miss Casey Carter, writers like Marian Liu and Jonathan Cunningham, even online forum mafiosos like the habitue of 206Proof are Hip Hop cultural producers. Promoters/venues/functions are also hugely important to Hip Hop cultural production (think Dope Emporium, UmojaFest, Obese Productions, an institution like Stop Biting at Lofi (shouts to Introcut), or Ladies First, formally at Hidmo, etc.) Extending even farther out, we can include fashion (think Mint Factory Clothing or CrisisNW Gear), photography (like Ruf Top Productions, and Jennifer Mary), and a plethora of others. Through this lens, Hip Hop CREATES communities around these artistic practices and acts of cultural production. The question then shifts from “Can Hip Hop save the world?” to “Can communities save the world?” and of course, the answer here is yes. But what role does Hip Hop have in this?

As an artist, and like a lot of artists and cultural producers out here in the Northwest Hip Hop scene, I believe in community accountability to the youth. We do not just understand and create art about issues of gentrification, poverty/job creation, educational reform, healthcare, and youth violence prevention, we organize and mobilize for positive changes within our spheres of influence around these issues, for their benefit. I’ve worked with organizations who turn crack houses into community centers and throw Hip Hop Leadership Conferences (Seattle Hip Hop Youth Council & Umojafest P.E.A.C.E. Center), organizations who connect artists with schools, play cafeterias and gymnasiums, and organize city-wide Youth Summits (206 Zulu), collectives who throw multi-day free all-ages Hip Hop festivals with youth showcases (Dope Emporium), business owners who turn their restaurants into activists hubs and performance spaces, who launch community empowerment projects (Hidmo), and I’ve been blessed to connect with other collectives, organizations, and crews in cities across the country who share the same priorities and mission in this work. (Shouts to DeBug in San Jose, W.I.T in Kentucky, J.U.I.C.E and GorillaMic in Los Angeles, IMAN & Coalition to Protect Public Housing in Chicago, B Girl Be in Minneapolis, W.E.A.P in Oakland, and all trues in the PPEHRC, UZN, HHC networks). There’s power in this groundswell.

Through my travels, connecting with “Hip Hop” communities across the country, I’ve also learned that the national policies and initiatives enacted locally on a state, county, & city level have created common struggles & challenges for us. Broadening our perspective on these issues to include the struggles of communities outside our scene allows us to see how these issues manifest in different cities, and facilitates better understanding on how we can enact change in Seattle. One example of this is HUD Block Grants that wiped out public housing in virtually every urban community across the country, shrouding the reality of gentrification and urban economic displacement under the guise of “private-public partnerships”. Another very recent example is the Youth Violence Prevention Initiative (YVPI). Most don’t know that at the time this was launched in Seattle two years ago, former Mayor Nickels was the President of the National Council of Mayors, and it’s not a stretch to say his decision to entrust the Seattle Urban League with a no-bid multi-million dollar grant for executing the project locally was in no small part due to the “New Deal” partnership for the Conference of Mayors and the National Urban League announced at their centennial celebration.

Two years ago, at the time this happened, I was working with Umojafest P.E.A.C.E Center, Mother’s Outreach Movement, Hip Hop Congress, and a collective of over 20 other local Hip Hop and youth advocacy organizations in the Unite for Youth Coalition, who were very much in the trenches of youth violence prevention work. The coalition members were also very concerned with the city’s move to hand these desperately needed funds over to the Urban League, an organization with questionable leadership, a history of unsavory community appropriation, and virtually no track record of notable violence prevention work. Plus at the same time, the city of Seattle was proposing to build a $110 million dollar jail, and the new Seattle School District Superintendent Maria Goodloe-Johnson (who was just fired March 3rd by the school board over the recent scandal) was proposing to shut down six schools. We organized, and began contacting people in the mayor’s office, on the school board, and in the Urban League, and our concern only grew. As community organizers and youth service workers, we were uncomfortable with 1) the disconnect of these conversations 2) the Seattle School District’s questionable management of public funds and their inability to keep schools open 3) the lack of transparency, really the shroud of secrecy over the Urban League’s plans for the violence prevention money. Two years ago, we staged demonstrations, put out articles on the issue, and did our best to engage our communities in the conversation, for the interest of the youth. Were we successful in raising awareness and asking questions? Yes. Were we able to prevent the scandalous debacle that ensued? No.

Today, two years later, after at least four schools are closed, the Seattle Times front page is riddled with stories about the Seattle School District’s financial scandal, how over a million dollars was handed over to vendors that never did anything but get the money, and how the single largest recipient of that money was the Seattle Urban League. This all came out after the Urban League quietly lost the YVPI contract in January, after they spent $900,000 with little to show for it. (Here’s the city’s performance evaluation for the larger half of that amount). I’d be interested to hear how this played out in other cities.

Despite all this, ours was not a lost battle. Quite the contrary, the pressure and spotlight put on Former Mayor Nickels and his administration came right before elections season. Hip Hop ran its own candidate, Wyking Garrett, for the purposes of putting these and other critical issues on the table, and coalitions of urban youth organizations like the Young Voter’s League were hosting their own candidate forums at which Nickels was virtually absent. Although Wyking lost in primaries, the face time we bought with other candidates won us a huge platform to educate others on what was going on in the community, and it was out of these conversations that Mayor McGinn surfaced as a favored pick among young voters. It is the presence of this new mayor which has eventually lead to the space for transparency in the YVPI, as well as for new leadership to emerge from the community. We should not forget or downplay this victory, even if it did take some time, but we should also strive to mobilize quicker, stronger, and more effectively next time by taking key lessons from what went down in our own backyard:

1) Be proactive in creating and/or contributing to the growth of institutional alternatives to the status quo. (Instead of trying to use the master’s tools to dismantle the plantation. This applies to the dying music industry & corporate media model as well as activism and youth service.)

2) Leverage the political process by running our own Hip Hop candidates who will put our issues and interests into the forefront. (Instead of raking up election year funding by remaining operatives for existing political parties.)

Hip Hop is a vast & powerful network. We should not shy away from being active in changing the world from the ground up. The above is only one example of the small atrocities committed daily, and the role our community of cultural producers can and needs to play in intervening and recreating. Even here in our seemingly isolated, burgeoning scene, we are a part of a larger movement with larger aspirations, and there are many reminders of this. (Take our comrades in the Hip Hop communities of North Africa for example). There’s a lot of answers to the question “How Can Hip Hop Save the World?”, but the most important answer is in the alignment of all our efforts and the clarity of our collective vision.

Julie C is a teacher, cultural advocate, and emcee. Her upcoming E.P Sliding Scale is dropping May 2011 from the indy label B Girl Media. Email her at Juliec@hiphopcongress.com, and comment on this story and others at www.Julie-C.com.