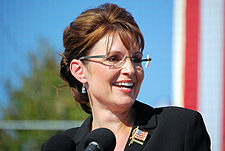 Sarah Palin is everywhere and causing havoc along the way. For the mid-term elections she has a number of Tea Party candidates vying for office who she endorsed and dubbed ‘Mamma Grizzilies‘… Here’s a break down of who they are.. They range from Star Parker to Carly Fioriona to Sharon Angle. We suggest you pay close attention to them..

This is a pretty good article penned by long time journalist Eric Arnold where he talks about the deliberate de-politicization of  rap and the rise of gangsta rap..It was in response to an erroneous article that came out a a couple of months back where the writer claimed gangsta rap had gone mainstream..-Davey D-

The story is an all-too-familiar one: On Labor Day weekend, a Guatemalan immigrant named Manuel Jamines was shot in the head and killed by LAPD officers. The police claim the man charged at them with a knife, but at least one eyewitness says he was unarmed. The killing has inflamed long-simmering tensions between the police and immigrant and minority communities in Los Angeles, resulting in protests and arrests. Adding fuel to the trash-can fires are reports that the officer was involved in at least two previous shootings.

Jamines’ story comes as part of what seems an unending line of police violence against black and brown folks, from Oscar Grant in Oakland to Aiyana Stanley-Jones in Detroit to systematic racial profiling in Brooklyn. At a time like this, when calls for police accountability are rumbling from grassroots activists coast to coast, our movement for justice needs a soundtrack. It needs music created from the same inner-city streets whose residents have borne the brunt of police brutality since before Huey P. Newton and Bobby Seale formed the Black Panther Party for Self-Defense. It needs gangsta rap.

Some critics have hastily written gangsta rap’s obituary. But in 2010, the genre remains a commercial force; what has declined is its gravitas as protest music. Once outspoken on the subject of police violence, in recent years, hip-hop broadly has been all but silent on politics of any sort, at least from a mainstream perspective. Back in the days, gangsta rappers faced off against label executives in corporate boardrooms over freedom of speech; now they entertain marketing meetings over energy drink endorsements.

This change didn’t happen overnight. And it didn’t happen on its own. The de-fanging of gangsta rap has paralleled the corporatization of hip-hop—and the resulting de-politicization of what was once an inherently political art form.

continue reading this article over at Colorlines.

I’m not always one to come with the harsh language, but this sister here Cadillac Kim brought some serious heat to this Bishop Eddie Long situation where he is accused of coercing young men who at the time were minors in his church to have sex with him..A series of pictures he supposedly sent out of himself have surfaced and have been making themselves around the net.

Long denies the allegations and was set to speak about the issue on the Tom Joyner morning show the other day but at the last minute pulled out and had a lawyer read his statement. He intends to address his congregation this Sunday at New Birth. For folks who aren’t familiar, new Birth was the church that hosted Coretta Scott’s funeral where actor/activist Harry Belafonte a long time friend and financial backer of the King family was un-invited at the last minute. Many speculated because of Belafonte’s critcisms of Bush who was in attendenace and has been friendly with the church. 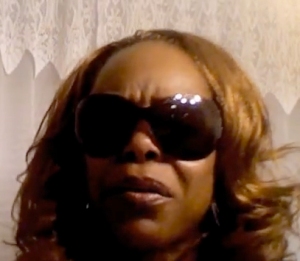 Cadillac Kim talks about the importance of us to be able to discern and warns us not to fall for some Jim Jones type character. She says ‘even with my channel shades on I can see the light.’..Not sure if she’s a member of his new Birth church or not but she definitely goes in..*Warning do not play this at work unless you have headphones. and if you’re easily offended by language don’t watch.. .

For a more indepth breakdown of this situation.. peep the Colorlines article..

Bishop Eddie Long and the Lessons of Self Hate

** Update** we are getting word that Eddie Long will be stepping down at his Sunday mass.. You peep the News  One story HERE