This has been a painful and turbulent week for white women everywhere. Just when we thought people were starting to come together, bridges were being built and brighter tomorrows were looming on the horizon, here come not one but two women who have set this country and white womanhood back at least 100 years. No we’re not talking Lindsey Lohan or Paris Hilton. Sure they do drugs, are a bit over the top with their behavior and done a little jail time, but hey we all have those moments.

No it’s not Britney Spears..We all have erratic behavior at times..We understand.

No, No, No it’s not Snooki-yeah she’s crazy, but who doesn’t like her? Fist pump everybody

No the two women who have done irreparable harm and have taken ding batness to new heights are actually considered pillars of society. They’re considered the type of individuals we should look up to because they’ve had measures of success. We’re talking about Texas rep  Debbie Riddle and radio host Dr. Laura Schlessinger.  Over the past week the stuff that has come out of these two women’s mouth has been more than shocking. 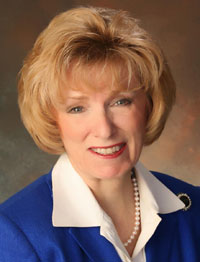 Let’s start with Ditzy Debbie Riddle. She’s a horse breeder and has served in Texas House of Representativesoutside of Houston since 2003.  We always thought something was a little off about her.  She just had that look.. it was the look of extreme intolerance. Our fears came to fruition back in March 2003 when she gave an interview and said “Where did this idea come from that everybody deserves free education, free medical care, free whatever? It comes from Moscow, from Russia. It comes straight out of the pit of hell. And it’s cleverly disguised as having a tender heart. It’s not a tender heart. It’s ripping the heart out of this country.” .

Yep you guessed it,  good ole Debbie was acting like one of the good ole boys and showing her unabashed disdain for anyone not Anglo. She really had it in for the Brown folks of this good state and sadly when ever possible you could count on Ditzy Debbie to stand up and advocate for any sort of legislation or measure that most of us would find oppressive.

For example, back in May in typical fashion Riddle couldn’t contain herself in showing support for Arizona’s Apartheid-like law SB 1070.  But leave it to Ditzy Debbie to take it to another level. In an interview with ABC News as reported by Houston Free Press ,she was asked why she thinks that minorities might be opposed to laws requiring them to show their identification papers to local law enforcement. Riddle replied; “When you have people that are used to entitlements, then they like the entitlements and they want the entitlements to keep coming… ”The people who are saying these laws are racially motivated are trying to divert attention for their own selfish greed,”

Thats classic Debbie…but fret not, this week she out did herself and drove the car off the cliff. During a CNN Interview she came up with this delusional story about how mothers were coming over to America, having babies returning to their country so they could have American citizenship, forcing the kids to join terrorists cells and then sending them back over to the US when their 18 so they could commit acts of terror. She termed these babies ‘Terror Babies‘.. Yes, you read all that correctly.. Here take a minute and re-read that. Better yet, look at this CNN interview where you can see and hear Debbie in all her glory. All this stems from Riddles desire to get rid of so called ‘anchor babies‘. She wants to see the 14th Amendment change so that we could strip kids of their citizenship if born in the US with undocumented parents.

We don’t know whether we should laugh at this shear stupidity or cry especially since none of this could be confirmed by the FBI or any other terror expert. Realizing she’s a bona-fide lawmaker we shudder because Ditzy Debbie tries to craft policies around these outlandish beliefs. Lord help us all.. 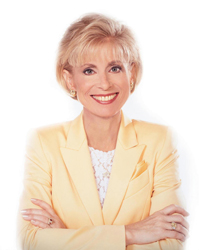 Dr Laura showed and proved that she could be a member of NWA any day.

Next up we have Dr Dingy aka Laura Schlessinger. Maybe its me but she looks like she could be Ditzy Debbie’s sister. Anyway not to digress Dr Laura has always been the personification of hypocrisy and contradictions. She’s been on the air forever, dispensing advise on morals, family values and telling us how we should all live our lives. There’s nothing wrong with that per say, but Dr Laura has always been abrasive and uncompromising. She’s been known to go in on people and make them feel bad for divorcing or having sex outside of marriage. She’s been quick to smash on folks for behaving in an immoral fashion.

However when you take a closer look you find that it’s been, Dr Laura who got a divorce. She’s the one who had an affair. She’s the one who had naked pictures of herself surface. All her talk about having integrity went out the window when it was discovered that she was using her staff as fake guest for her short-lived talk show.

What really got into hot water was her outlook on Gays. She’s always seen them as an ‘abomination’, ‘deviant’ and a ‘biological error’. She was not shy about stating her opinions publicly which led to widespread protests and resulted in her having to publicly apologize or suffer serious economic consequences.

Dr Laura’s latest antic came the other day when she decided to step up and spout out the N word 11 times while speaking to an African American caller. Many of us thought she was trying to ensure a spot in the next NWA reunion. Here’s what took place.

An African American caller named Jade called in to talk about her interracial marriage. She noted that some of her husband’s friends and family members make racist comments. She complained that her husband would ignore the remarks and that left her feeling hurt.

Later in the conversation Jade talked about the use of the N word and that it bothered her. Thats when Dr Laura rattled it off 11 times stating that Black people use it all the time. She said  “I don’t get it, if anybody without enough melanin says it it’s a horrible thing, but when black people say it it’s affectionate.”

She told Jade who objected to the use of the N word that she had a chip on her shoulder  and was too sensitive and needed to get a sense of humor.

“Okay, all right, chip on your shoulder can’t do much about that. I think you have too much sensitivity and not enough sense of humor.

She even accused jade of trying to ‘NAACP her” and noted that “Hypersensitivity”  is being bred by black activists.

She concluded her call by saying: “I really thought that once we had a black president, the attempt to demonize whites, hating blacks, would stop. But it seems to have grown, and I don’t get it. Yes I do, it’s all about power.”

Ditzy Debbie Riddle and Dr Dingy Laura Schlessinger what more can you ask for? Like I said, if it wasn’t for the fact that one is lawmaker crafting policy and the other is a Dr who dispenses advice on the air, this would be funny or something we could easily brush off. But they have creditability and get taken seriously in many circles. They’re living proof this country has along ways to go..Thank you ladies for taking America to new lows..