One of the most interesting panels I came across during this years Allied Media Conference in Detroit was called ‘Electronic Books: Creating Your Own and Preparing for a Paperless Society‘. It was put together by Detroit author Sylvia Hubbard of the Motown Writers Network and the AA Electronic Literary Network.

I hadn’t intended to go to her session but was strongly encouraged and I’m so glad I did. What she laid out about the ease of entry into the E-Book world and the fact that one can make money if they have a nice following was eye-opening. Many of us think that E-Books are limited to established authors who secured book deals with their publishers going the E-Book route to create new opportunities. 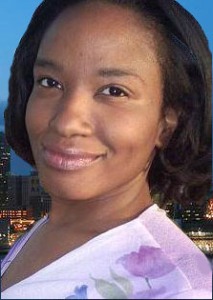 Hubbard who is the author of a number of books, explained that anyone with a good idea and compelling story to tell can get their E-Books up on-line and sold by Amazon. In fact she even gave us a ‘back door website’ URL to upload our E-Books DTP.AMAZON.COM along with specs on how to format, what types of dpi to use for pictures, pricing etc. She explained how when she is doing lectures, audience members will often purchase and download her books while she is still speaking. Imagine the potential for artists who have a nice fan base.

As Hubbard was speaking I couldn’t help but think how in today’s hi-tech world its easy to forget about some of the simple things we did within music to make ourselves known. Many of us figure with Ipads and Itouches that things we once cherished have been forever tossed away. Fret not.. Some of those goodies are with us with a hi-tech twist. Case in point the Fanzine. Today’s fanzine is the E-book.

Y’all remember those little 10-12 page booklets indy bands and rappers would create and give out at concerts as ‘special limited editions’? Many of them were handmade, the editing wasn’t all that tight and the content ranged from strange musings of the artist on a particular topic to highly politicized calls to action. All of them no matter how crude or well put together were ‘keep sakes’.

I still have the early pamphlets from Digital Underground talking about a secret project NASA was working on which would be a pill that allows you to experience sex. It was called ‘Sex Packets’ and the ‘homemade fanzines’ were cleverly done to help bring attention to the group’s highly anticipated album of the same name. 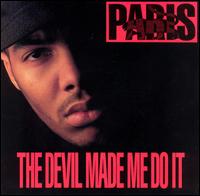 Another one that stands out were the two put out by Bay Area rapper Paris. In the early 90s he put out a history guide about the Black Panthers and Nation of Islam, the two groups that influenced him. The information was thorough and rich with facts that I still reference to this day.  The booklet accompanied his album ‘The Devil made Me Do It‘.

15 years later in the aftermath of 9-11 Paris released a controversial song called ‘What Would You Do’, which pretty much explained why then President George Bush was responsible for the mishap that hit this country. Paris released an 11 page booklet that outlined the what he felt were major flaws in a foreign policy that helped spawn the type of anger behind the terrorist attacks. Paris then later released a full fledge documentary around the topic.

As I noted the list of bands who did fanzines and pamphlets is endless, but seemingly all but forgotten in the hi-tech world. Many groups have enhanced their presence by blogging, but as Sylvia Hubbard pointed out in our session, why not do an E-Book? The topics could range from autobiographies to lengthy explanations about a controversy. For example, imagine if 50 Cent had released an E Book given the full background stories surrounding his various beefs with fellow artists? Imagine if we had an E-Book from the members of Rage Against the Machine giving us their political musings leading up to the 08 elections?  Imagine if there was an E-Book from a local band touching upon the richer meanings behind an album?  It’s food for thought and in a world where fans want to be closer to artists this is a perfect way to 3 Dimensionalize the experience.

Along these lines we caught up with longtime Seattle-based journalist Jonathan Cunningham who was a presenter at the panel ‘How to Create a New Music Based Economy‘ . He talked about the role journalist should play and how artist can better engage them. He insisted that all music journalist no matter how should create space to cover local and indie acts. He also said that journalist need to humble themselves and not try to create a hierarchy where they are on top. The economy and fate of publications are pretty precarious and forging good relationships with artists will be key so all can thrive together. Cunningham also explained that artists should own and control media by doing everything from writing about themselves to filming themselves.. He loans some insight as to how publications and editors think.

Finally since we are still on the DIY tip I had to include some sound advice from Afro-Punk superstar Tamar Kali. She lit up the stage at the opening party for AMC where she headline and made all of us true believers. As you know the punk community has long been about creating and doing for self so we had to ask Ms Kali what advice would she give to people to maintain in this economy. She said the number one thing artists need to do is plan.

Here’s an excerpt from a much longer interview we did where she addresses the issue. Please excuse sound quality, I couldn’t figure out how to get the good audio from my recorder onto the audio track for this new camera set up.