My man Troy hip me to this film that I encourage folks to see whenever you get a chance. Its called  9500 Liberty and deals with the issue of immigration.. for more indfo on film and screenings check out.. http://www.9500liberty.com/index.html

Prince William County, Virginia becomes ground zero in America’s explosive battle over immigration policy when elected officials adopt a law requiring police officers to question anyone they have “probable cause” to suspect is an undocumented immigrant.

9500 Liberty reveals the startling vulnerability of a local government, targeted by national anti-immigration networks using the Internet to frighten and intimidate lawmakers and citizens. Alarmed by a climate of fear and racial division, residents form a resistance using YouTube videos and virtual townhalls, setting up a real-life showdown in the seat of county government.

The devastating social and economic impact of the “Immigration Resolution” is felt in the lives of real people in homes and in local businesses. But the ferocious fight to adopt and then reverse this policy unfolds inside government chambers, on the streets, and on the Internet. 9500 Liberty provides a front row seat to all three battlegrounds.

Here are the main real life characters in the documentary

Greg Letiecq is an influential and controversial blogger turned political activist. He is the President of Help Save Manassas and Save the Old Dominion, organizations he formed to reduce the number of undocumented immigrants living in Manassas, Prince William County, and Virginia.

Greg is also a member of the gun rights group Virginia Citizens Defense League, and the Prince William County Republican Committee. Of French Canadian descent, he grew up near Syracuse, NY, and majored in international relations at George Washington University. Before becoming an activist and a blogger, he worked as a programmer in the defense industry.

Republican Corey A. Stewart was elected as Chairman of the Prince William Board of County Supervisors on November 7, 2006 in a special election after Chairman Sean Connaughton was appointed as head of the U.S. Maritime Administration. Previously, Stewart had been elected as the Occoquan District Supervisor in 2003. Stewart began the sudden “crackdown” on illegal immigration in July 2007, and was reelected in November 2007 using “Fighting Illegal Immigration” as his campaign slogan.

During the height of his fame, Chairman Stewart hinted he may soon run for Congress in 2008 or for Lieutenant Governor in 2009, but he did not announce his candidacy for either race. He resides in Woodbridge with his wife Maria and two sons.

Chief Charlie T. Deane of Prince William County is the longest serving police chief in the region. He has seen Prince William County transform from a farming community to one of the fastest growing, most diverse counties the country. He has grappled with the “DC sniper” case in 2002, and the uproar of immigration policy in 2007 and 2008. After pointing out the potential unintended consequences of the proposed “Probable Cause” standard for mandatory immigration status checks, he executed the policy faithfully until its repeal.

Chief Deane joined the Prince William County police department at its inception in 1970. He served 12 years as a criminal investigator and rose through the ranks to become Deputy Police Chief in 1985.

Gaudencio Fernandez is a home improvement contractor and father of three. He immigrated to the United States from Mexico as a teenager and became a citizen in the 1980’s. Gaudencio and his wife Delia have owned the property at 9500 Liberty Street in Manassas, VA since 2003.

They were renting the house to tenants in 2006 when it was destroyed in a fire. During the process of tearing down the home, Gaudencio decided to leave one wall standing and create Liberty Wall in order to protest Prince William County’s Immigration Resolution.

The first of his three banners began, “Prince William Co. Stop Your Racism to Hispanics!” The sign directly faced the center of town where thousands of passengers board the Virginia Railway Express and Amtrak.

Liberty Wall soon became a lightning rod for controversy. Supporters of the Immigration Resolution demanded that the sign be removed, but the City of Manassas refused to take action against the Fernandez family citing protected speech.

Alanna Almeda worked as a programmer for the U.S. Department of Transportation until the birth of her youngest child. She has three daughters and a son with her husband of 18 years. She has lived in the Manassas area since the age of seven, and is a life-long Republican and an evangelical Christian.

Alanna was an outspoken critic of the Immigration Resolution. For months, she was frustrated in her efforts to counter Greg Letiecq’s influence on her county government, until she figured out the real battlefield was on the Internet and created the blog antibvbl.net.

Elena Schlossberg is a stay-at-home mom with two young children. She has been active in county politics advocating on local environmental issues. She was a fundraiser and supporter of Chairman Stewart until he began championing a “crackdown” on “illegal aliens” in the county.

Her April 1, 2008 speech before the Board of County Supervisors is seen as a turning point because it challenged the Board to stand up to the intimidation tactics employed by Chairman Stewart and Greg Letiecq. She then partnered with Alanna Almeda to create antibvbl.net and became the face of public resistance to the Probable Cause mandate.

Frank J. Principi is a Democrat who was elected to his first term on the Prince William County Board of County Supervisors in November of 2007. He is married to a Peruvian American, Cecilia, and they have twin daughters.

During his first three months in office, Supervisor Principi worked closely with Republican Marty Nohe to build a consensus on the Board to repeal the Probable Cause mandate in order to avoid racial profiling law suits. They achieved this goal on April 29, 2008.

Martin Nohe represents the citizens of the Coles Magisterial District on the Prince William Board of County Supervisors. He was elected to this position in November 2003, and was chosen by his colleagues on the Board to serve as the Vice Chairman for calendar year 2007.

Marty is the president of Appliance Connection, a Woodbridge-based, family-owned retail appliance store. He has a bachelor’s degree in economics from George Mason University and is a graduate of the University of Virginia’s Sorensen Institute for Political Leadership.

A Prince William County native, Marty and his wife Kristina live in Woodbridge with their four children and their dog. Marty and Kris actively volunteer for and support a number of organizations that further the cause of child safety and welfare, and are recipients of the 2006 Congressional Coalition on Adoption Institute Angels in Adoption Award for their advocacy on behalf of children in foster care and efforts to encourage domestic adoption. The Nohes belong to Holy Family Catholic Church in Dale City. 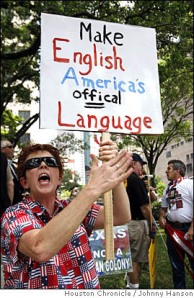