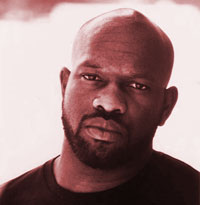 One of the most important unasked questions this midterm election year is this: “Will the youth vote be a factor in 2010?” Given the actual impact of the youth vote in 2008, it’s a far more important question than the ones daily raised by the media manufactured so-called Tea Party Movement–despite the latter’s success at striking fear in the hearts of incumbents.

The Tea Party murmuring is hardly a movement. It has not a single political victory to speak of. Not so easy to dismiss are young voters who two years ago turned out in record numbers to vote in the presidential election. Two-thirds of the 23 million voters 18-29 who voted for president in 2008, voted for Barack Obama.

“The election of Barack Obama was a major electoral politics victory for the youth vote,” says Angela Woodson who co-chaired the 2004 National Hip-Hop Political Convention, which brought together 4000 young voters from across the US. “But it doesn’t help the president to move their agenda if he isn’t backed by a strong legislative body with the same vision.”

The primary races unfolding this spring and summer (Ohio, Indiana and North Carolina had theirs this week) will lay the groundwork for important midterm elections this November. Both will determine if President Barack Obama can move forward effectively with his change agenda or if young voters will see common sense policies that they voted for in 2008 erupt into ugly, year-long knock down, drag out debates–the ways healthcare and economic reform have.

Over the last year and a half, young voters have for the most part remained on the sidelines of mainstream political debates. And a Gallup poll last week found that young voters are less enthusiastic about voting in midterm elections than older voters.

Is the youth vote simply elated by what it achieved in 2008 or exhausted from the effort? 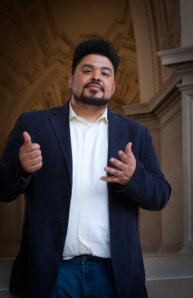 Rob Biko Baker, Executive Director of the League of Young Voters Education Fund, an organization that has been mobilizing young voters since 2003 says it’s neither.

“Community institutions and capacity have been weakened by the economy, says Baker. But I don’t think that youth have been quiet. The mainstream media just isn’t focusing on their activism.”

When the Chris Brown and Rihanna incident pushed dating violence into the media spotlight early last year, young voters missed an opportunity to translate their newly won political leverage into much needed dating violence reform. Young voters were mostly silent on the healthcare debate. They were even quieter on student loan reform. Both were signed into law despite lackluster support from the youth voting bloc.

However, Baker points to other issues where youth have taken the lead, such as activism around immigration (in Arizona) and police brutality (Oscar Grant in Oakland).

“Young people are engaged in these issues and extremely present in on-line advocacy,” says Biko, pointing to a recent survey that found that African Americans were more likely to be on Twitter. “But despite their sophistication, we need to identify a tangible agenda around which to heighten that engagement.”

Already this year, the country has witnessed the white backlash against Obama under the auspices of a Tea Party Movement, the rising conservative state’s rights agenda in the form of Arizona immigrant laws and Texas textbook reform, and the even more extreme antigovernment militias threatening violence to thwart an inevitably more inclusive America. With important congressional, senate and governor races approaching, all three may be tangible catalysts for youth electoral politics engagement.

Given the significant number of independent voters in their ranks (42 percent of college students and 35 percent of African Americans under 30 are independent), such a turning point will require young voters to rethink their independent status in the primary in order to assure the most viable candidates are on the ballot on November 2.

Young voters need to understand that the primary structure was created for the two-party system,” says Woodson, the former director of Outreach for Faith-based and Community Initiatives for the Ohio governor’s office, who now heads the consulting firm Gelic Group. “In order to use the same aggressiveness for midterm elections that they did during the presidential race, the youth vote has to learn how to play the independent game and switch parties when it makes sense.”

Such thinking is not unprecedented. During the 2008 Democratic Primary Election, Republicans crossed over and voted for the Democrat they believed to be the easier opponent for their Republican contender, then switched back to “Republican” for the general election. It made concrete political sense and is well within the rules.

The question is, will young voters abandon their fierce independent convictions in the short term to advance their long-term goals?

If they can do this, then they are closer to building a movement than so-called Tea Party supporters can imagine.

Bakari Kitwana is CEO of Rap Sessions, Editor at Large of NewsOne.com and author of the forthcoming Hip-Hop Activism in the Obama Era. (Third World Press, 2010)

7 comments on “Will The Youth Vote Trump Tea Party In Midterm Elections?”