As you read this story about Conan O’Brien for those who are in the music biz, keep a couple of things in mind 1-) Jerry Del Colliano the author of this piece’s expertise is the music industry. He’s a ‘G’ in that world and has been dead on with his assessments and analysis.. He’s  been preaching to folks in this crumbling industry to make some moves and think outside the box. What Conan is doing is something many of us need to be looking at in terms of identifying audience, owning them versus renting them and then being shrewd enough to set up shop and go in deep where they are at… It’s still baffling to me that in 2010 I still run into cats who are gung-ho trying to get signed or get their songs on commercial radio. Its 1996 game that has come in gone.. In the next few days we’re gonna be posting a series of interviews that focus on this aspect more. In the meantime,  wet your palettes with this article and we’ll build later 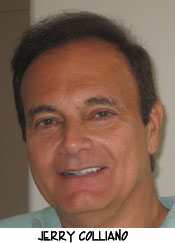 For Conan O’Brien, getting pushed out of his Tonight Show digs at NBC has turned into quite a profitable business.

NBC paid him off — $45 million to O’Brien and staffers — when the network decided to reinstate Jay Leno to Conan’s spot after Leno’s ill-fated months in the 10 pm weeknight slot.

Everyone thought Conan was headed to Fox — including Fox — according to Deadline Hollywood’s reporting. More talks were said to be scheduled between Conan and Fox after the NAB Convention now underway in Las Vegas.

In about less than two weeks, according to news accounts, Conan O’Brien’s people decided to take an offer from TBS to bring his offbeat, youth-oriented comedy to cable.

Obviously for O’Brien, it was.

He’s getting a reported $10-12 million a year in a five-year deal that also gives Conan’s production company ownership of his show with TBS taking a smaller stake in it. Not to mention the four-day workweek.

This is more than a story about a spurned TV comic who was pushed out of his Tonight Show chair and rose to get revenge.

It’s about the changing audience, the unusual appeal of paid cable in a free world and, well — the growth of the Internet.

Since leaving NBC with all that money, Conan has miraculously discovered the Internet.

He’s been attracting over a million people to his online antics and has embraced Twitter like never before. See, his youthful fans are watching more cable and obviously, they are also the Internet generation.

So far so good.

Conan pulled a friendlier coup when George Lopez’ current 11 pm TBS show was designated for midnight. Lopez, being the good solider (perhaps better than Conan when NBC decided to restore Leno to The Tonight Show) said he’d love to have Conan as a lead-in come this Fall.

O’Brien cannot be on live television until September under his NBC exit agreement, but he can tour and he’s using the Internet to drive his “Legally Prohibited from Being Funny on Television Tour.”

As shocking as the Conan announcement was to the traditional television community, you had to see it coming.

Conan’s audience grew up on cable — niche programs more so than the homogenized fare the major TV networks have been used to offering.

They reside on the Internet and as soon as O’Brien figured it out, they flocked to him.

Conan gets rich again with approximately the same salary NBC would have paid him that they already had to pay him to leave.

The audience gets a cult-figure, quirky, cable-ready O’Brien.

TBS gets to sell advertising and stands to make a profit from the get-go with a former big network talent who is not aging. In fact, he was too old for NBC’s audience.

“The defection of a big-name broadcast TV talent to cable TV comes amid a creep of programming and advertising dollars to pay TV. Cable networks have invested billions of dollars in original scripted shows, high-profile sports events, kids’ programming and late-night shows”.

O’Brien is quoted as saying, “In three months I’ve gone from network television to Twitter to performing live in theaters, and now I’m headed to basic cable,” Mr. O’Brien said in a TBS statement announcing the late-night show. “My plan is working perfectly.'”

Tongue planted firmly in his cheek but absolutely true.

1. Cable is a great interim step, but soon an Internet-only video shows like the kind Conan (and other genres) can do will reside only online and on mobile entertainment devices. But they can’t be like traditional television. Read on.

2. The content will resemble an assembly of YouTube clips that can be viewed in one session, or individually at the whim of fans exercising their right to get content on demand.

3. Social networking will be included and I’m not just talking Twitter and Facebook. More like a separate “nation” for, in this case, Conan fans to communicate with each other.

4. New forms of ad revenue such as performing in public venues with sponsorship tours. By going to cable, Conan gets to enter the new space while being funded by the traditional advertising model of spot TV. Believe me, advertisers are more than interested in finding their way to new media.

5. Mass communication over traditional media is waning. The future is programming delivered where people now live and will soon reside — online, on phones and iPads.

Conan saw the future and you see it, too.

One comment on “Inside Music Media: Conan on TBS — Smart?”