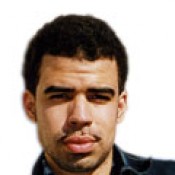 My friend brought over your mixtape , No Ceilings, the other day and I gave it a listen. I have to say I was impressed. You clearly are a talented rapper with an excellent ability to ride beats, clever wordplay and smart punchlines.

Still one thing about the mixtape disturbed me. Your constant references to the Blood gang and soo woops seem like something a 15 year old kid might be saying, not a veteran rapper who has been in the game for more than 10 years.

I realize that many people in poor neighborhoods join gangs because of peer pressure, the threat of other gangs, for a way to make money and for  a sense of family. Still, you have been a professional rapper earning money since you were 14. What reason did you have for joining the Bloods? It seems that you are claiming the Bloods to increase your street credibility and help your record sales. 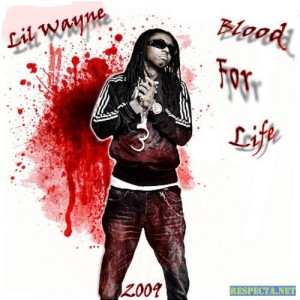 After the Derrion Albert beating, we see the negative effects gangs have on African American youth. Everyday, gang violence leads to teenagers in the hood getting stabbed, shot or jumped. As the “Best Rapper Alive,” when you start bigging up a gang it makes it seem cool to your young fans. These young fans who use your slang, dress like you dress and idolize you, now want to be in a gang like you.

I know you don’t think you’re a role model. Still your record label, BET and urban and pop radio are constantly marketing your music to children between the ages of 10 and 14. When they play you Lollipop single on BET, the kids who watch you buy your album and mixtapes and get to hear all your Blood gang propaganda.

Hopefully, your time in jail will give you time to reflect about your actions. Gang violence is a big problem for young black males.  In L.A. two thirds of all youth killings are gang related. Gang members are 60 times more likely to be killed than non gang members.

Being in the Bloods might be cool for you, but for the thousands of kids in the hood who join, it is a deadly choice, that far to often leads them to jail or the morgue.

Please, for the sake of your impressionable fans and the image of African Americans across the world, stop promoting the Bloods. You are a very clever young man with more power than you may know.