This week we kick things off with a few songs that address the issue of rape and domestic abuse. It was our way of raising consciousness and acknowledging the horrific tragedy that took place last week here in the Bay Area. For those who don’t know, a 15-year-old girl was gang raped right outside the doors of a her high school dance. 20-25 people stood around, watched, took pictures, taunted her and beat her. No one called the police as she was raped for over 21/2 hours. 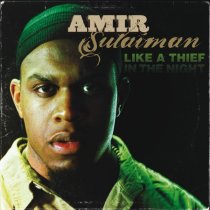 Spoken word artist Amir Sulaiman had written a song a while back in an attempt to comfort a friend who was raped called ‘How Beautiful’. It’s deep. Brother Ali comes with a gem on his new album ‘US’. The name of his heartfelt song is ‘Baby Girl’. His rhymesayer labelmate Slug of Atmosphere was broken up over a rape and killing of a young lady attending one of the groups concerts a couple of years ago in Albuquerque. ‘That Night’ captures the angst and anger Slug was feeling over the incident. Also from Twin Cities is Desdemona who drops a cut called Faulty Fuses that deals with a woman sitting in jail after she goes after her husband who was beating her. She describes how the guards in jail now violate her.. . These songs give you much to think about…

Other standout cuts on this week’s 25 Joints include; Narcicyst’s ‘Vietnam’ , Sim City’s Surrender, Jasiri X’s Dear Debra’ and US3‘s ‘Can I Get It’

Press the Logo to Listen to podcast

Young Girl Gang raped for 2 Hours Outside High School Dance
Give National Attention to End Violence Against Women
by Tachelle Shamash Wilkes
Classes were back in session at Richmond High School in San Francisco’s East Bay Tuesday, with counselors available for students to talk about Saturday night’s horrific crime – the gang rape on campus of a 15-year-old student who had just left the homecoming dance… What makes this crime so shocking is that police say at least 20 people were involved in the rape or stood and watched the crime without going for help.
-cbsnews.com
Here’s a radio show that people may wanna peep  that raises the question…is gang rape a spectator sport
It was recorded the day or so after this happened and gives an excellent breatdown on the physcology behind gang rapes—
http://www.blogtalkradio.com/askheartbeat/2009/10/27/Has-Gang-Rape-Become-a-Spectator-Sport

When I heard about the brutal rape of this high school girl, I was deeply saddened to the core that something like this could go on. “The Code of the Street” was meant to protect our women. However, somewhere down the line it was misconstrued to fit the agenda of men to cover up an array of sins. For these twenty-plus young onlookers to sit there and say or do nothing says a lot about the plight of this world. What if it were your sister who laid on that ground? As a matter of fact, what if she was your mother? Blood runs through this young girl’s veins just as yours. Her reflection is yours.

There laid our young sister who was brutally raped for two hours. This is something that we can’t let go. There is a total disconnect that has emerged in the form of hatred for our women. This is not just a call to stop the violence of young girls, but this is the call to heal our community. Our young boys just as our young girls need mental and spiritual healing. Mothers: Know what your children are doing at all times. Fathers: Be an integral part of your child’s life. They need you. Truth is there are many things that we as women can not teach our young boys, and that is to be a man.

We need to take a moment and really look at where we are heading as a community. Here is a situation that needs light so we can drive negative forces away and bring a new day. Here is the perfect opportunity for the hip hop community to speak out and let the world know that a human life is the most valuable possession on earth. It’s time that we go back to our roots and use our voices as a means to heal and uplift. An atrocity as to what this young girl experienced has to end in this generation, so that we can insure a bright future for our children. The village has to come out of hiding and help raise our youth.

I think that we as a people talk too much. We need to be more action oriented. People need to “adopt” young people. Just because a child isn’t biologically yours doesn’t mean that you don’t have a moral responsibility to be there for them as well. I do, however, think it’s important that we make media who allow the promotion of violence and degradation against women to be held accountable to doing something to rectify this. They need to be put on blast.

Here’s a call for women, activists, and the community to speak out. Contact BET Networks at 202-608-2000 demanding a forum where hip hop artists who have tremendous drawing power for our youth to denounce the rape of our women and girls & contact your local radio stations, schools, churches to create workshops and forums to rid our community of this inhumanity.

Update: 4 people have been arrested with police saying there will be more to come.. They will appear in court today and are expected to be charged as adults. The rape took place for 2 1/2 hours with people coming watching, leaving coming back and watching again.. She was beaten and robbed.. and if thats not enough some are actually blaming the young lady because she knew the attackers and was drinking with them…Also this is not the first time this has happened. Earlier this year in Richmond there was gang rape of a lesbian women which sparked outrage.

Interview and words by Cheverly Council and Rebecca McDonald
Photos by B FRESH Photography
http://blogs.citypages.com/gimmenoise/2009/10/krs-one_on_one.php?page=1

The vibe was live at Epic on Saturday night for the Stop the Violence Movement/Temple of hip hop show, with B-girls and boys out in full effect, a local hip hop lineup with over a dozen acts such as Illuminous 3, Lila T, and Ill Chemistry (Desdamona and Carnage), the Twin Cities Battle League, The Source Magazine’s “Spit 16” battle, and hip hop heads old and new. It’s safe to say, though, that most came out to get an earful of “The Teacha” KRS-One, who quietly passed through downtown but performed classics from “South Bronx” to “Sound of Da Police” with unmatchable thunder. He invited dancers to the stage to engage with him, as he yelled, “If you get your hip hop from the radio, step to the back!”

The show was reminiscent of local street ciphers spotted regularly on the streets of NYC back in the day, minus the rope-a-dope gold chains. It was grassroots, inclusive and down to earth – even KRS asked for tape of the show because he’d done a mic juggling freestyle that he had never done before, saying, “I hope y’all got that shit tonight. The two mics- I lost control. I was buggin’!…I gotta figure out how to do it again.”

City Pages sat down with KRS One after the show to ask him a very important question (and we even got a peek at his new, controversial bible-formatted text, The Gospel of Hip Hop: The First Instrument, to be released in November, Hip Hop History month)…

CP: What do you think is missing in hip-hop today?

KRS ONE: “I am not just saying this because you [a woman] are asking the question, this is my real answer: More women. More women. Not just emcees or b-girls, but women taking control of hip-hop. Let me be culturally-specific- hip-hop’s women should teach hip-hop’s men how to speak to them. Because when we learn how to speak to you, we can learn how to speak to the whole business world. It’s not just about respecting you…it is…but it’s deeper than just respecting another human being. Everytime you degrade a person, you degrade yourself, because you are standing next to that person. You can’t diss a person, and not diss yourself…I should say ‘she’s a queen.’ And what does that make me? A king. So now at the end of the day, what’s missing in hip-hop? Knowledge of self, that should only come from women. I know that sounds feminist, but that’s real talk.

CP: But men can be feminists, too.

KRS ONE: No doubt. But they are scared. They’re cowards.

Although KRS One was the only artist who offered this particular answer, his sentiments were echoed by a local performer and emcee, O.S.P. AKA FidelHasFlow, who said that “Hip-hop is missing honesty and therefore lacks integrity. It’s operating under a veil of stupidity.”